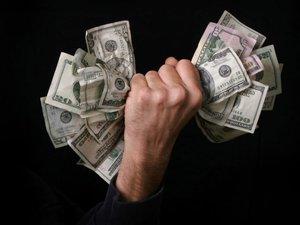 Market relationships are constantly criticized as selfish or greedy, with rewards to selfishness rendering them ethically damaging. As Friedrich Hayek put it, “the belief that individualism approves and encourages human selfishness is one of the main reasons why so many people dislike it.” However, that charge is false.

Markets do involve self-interested people jointly advancing their goals, often without even knowing one another, but pursuing one’s self-interest is not the same as being selfish.

Economists assume that individuals are self-interested. That simply means that there are some things each person cares about; some ends matter more to them than to others. Its consequence is that each person would prefer command over — i.e., the power to decide about the use of — more resources rather than fewer, because that allows us to advance whatever ends we value more effectively than we could otherwise. But valuing command over the disposition of more resources is not a monomaniacal focus on oneself.

Hayek understood this confusion, writing that:

If we put it concisely by saying that people are and ought to be guided in their actions by their interests and desires, this will at once be misunderstood or distorted into the false contention that they are or ought to be exclusively guided by their personal needs or selfish interest, while what we mean is that they ought to be allowed to strive for whatever they think desirable.

If all a person cared about was limited to himself or herself, that person’s self-interest could be equated with selfishness. But if someone cares about anything or anyone else beyond themselves, then this differs from selfishness in several important ways.

When Mother Teresa, for example, used her Nobel Prize award to build a leprosarium, she was acting in a self-interested manner, because those resources were used to advance something she cared about. But she did not act in a selfish manner.

Another way of characterizing the distinction is that while selfish people are self-interested (they care about themselves), to be self-interested carries no implication of selfishness. And self-interest, whether selfish or not, is what allows social cooperation to be enhanced, and others benefited, by voluntary market behavior. That is why even if someone involved in markets was selfish, it does not follow that markets made them more selfish, nor that markets expand the realm of selfishness in human affairs.

To illustrate, assume Stan is completely selfish. Provided that the property rights of others are respected, Stan can only induce others to voluntarily cooperate with him in furthering his plans by making them better off than would their alternatives. He cannot coerce them. So despite caring nothing about others, Stan acts to advance their interests as the means to advancing his own. That is the miracle described in Adam Smith’s invisible hand metaphor. Even if someone was selfish, he still has incentives to benefit others by better cooperating with them and improving their options.

We Can’t Ignore the Good People Do With Their Money

The “selfishness” criticism of market behavior is also enabled by focusing analytical attention only on the market exchanges taking place. In such a narrow view, there is no analytical difference between selfishness and self-interest, allowing people to simply overlook evidence disproving universal selfishness. However, if we consider people’s behavior beyond a microscopically narrow focus on market exchanges, we see vast evidence for non-selfish behavior, from caring for families and friends, to giving hundreds of millions of hours and hundreds of billions of dollars to charity, to random acts of kindness. Virtually everyone exhibits some generosity. And the potential for manifesting individuals’ generous spirits is expanded, not contracted, by the mutual benefits markets provide.

Adam Smith put this issue well in The Theory of Moral Sentiments, arguing that:

How selfish so every man may be supposed, there are evidently some principles in his nature, which interest him in the fortune of others, and render their happiness necessary to him, though he derives nothing from it except the pleasure of seeing it.

And far from endorsing narrow selfishness, he concluded that “to restrain our selfish, and to indulge our benevolent affections, constitutes the perfection of human nature.” In other words, our self-interest includes the development of our benevolent nature. The so-called father of economics rejected the selfishness market critics insist they are built upon both as a general presumption and as part of a good human life.

It is clear that market participants cannot be adequately characterized as motivated by greed. So what explains such false attacks? The attacks come when some people think their preferences should override the preferences of property owners and owners’ control of their own property. Yet, they are unable to get the owners’ voluntary consent. So such owners and ownership must be demeaned, and then self-defined reformers can impose their preferences on owners without noticing it puts their own greed on obvious display.