GET NEWS AND ARTICLES IN YOUR INBOXPrint
A
A
Home | Mises Library | Science or Nonscience? 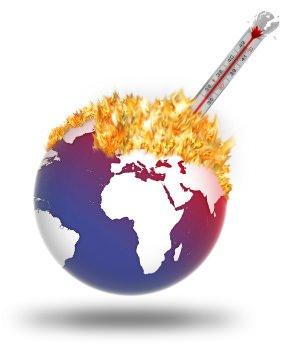 Tags The EnvironmentInterventionismOther Schools of Thought

12/01/2009Clifford F. Thies
Hacked or possibly leaked emails appear to indicate that a lot of what passes for climate-change science is propaganda. Data appears to have been filtered, altered, or falsified, in order to deny the obvious: the earth is not continuing to warm up in accordance with climate change models; global temperature has been fluctuating for hundreds of thousands of years due to natural variation; and the earth is no warmer nowadays than it has been at several prior times in history.

The black mark earned by alarmists during the 1970s, for predicting continued global cooling, may be replicated for global-warming alarmists. The real tragedy, however, may be that — one day — scientists will cry wolf to a public that has learned to ignore them.

By now, anybody who is serious about the possibility of global warming knows that the "hockey-stick" theory promulgated by the UN a few years ago is bunk.

This theory held that there was no meaningful variation in global temperature during the past several thousand years until recently, when capitalism began to harness industrial power. That this theory was advanced by a scientist who was a socialist might raise a question about its validity.

There should be no pretense that the UN's Intergovernmental Panel on Climate Change is an unbiased organization. It was formed by the United Nations specifically to study "the risk of human-induced climate change." The guilty party is, thus, pre-identified and all that remains is to collect the evidence. Periodic reports of the IPCC proclaimed, ever more authoritatively, that the trend of global warming that was occurring at the time was due to human activity. The second report, in 1996, said "the balance of evidence suggests a discernible human influence on climate change."

The third, in 2001, presented "new and stronger evidence." This report included the hockey stick and the whacky idea that the trend of rising global temperature over the prior three centuries (or, since the so-called "Little Ice Age") was due to human activity. The fourth, in 2007, which dropped the most embarrassing claims, nevertheless claimed that "most of the observed increase in global average temperatures since the mid-20th century is very likely due to the observed increase in anthropogenic greenhouse gas concentrations."

This all seemed plausible at the time because of the warming trend. But, recently, global temperatures have been moderating and, besides, as the emails show, scientists were altering the evidence all the while.

Now You See It

Below I have a chart with the history of global temperature as it was known at the time of the 2001 report. As the chart makes clear, global temperature began to recover from the Little Ice Age about three hundred years ago. Juxtaposed against the rising trend are several cycles of 30 to 40 years length, including the one I show in red, which caused a lot of alarmists during the 1970s to say that industrial activity was causing global cooling.

Publishing the actual history of global temperature would question the hypothesis that human activity was causing it to rise. Or, to quote an email of one of the supposedly esteemed scientists promoting the UN climate change agenda, it would provide "fodder" for the "skeptics." So, here is the chart that they published.

When, following its publication by the UN, the hockey-stick theory was reviewed by the National Academy of Science, it was found to be "not inconsistent" with the data available at the time. This is a fancy way of saying that no more than the usual amount of subjective interpretation was involved. A scientist who is a socialist will of course tend to stop investigating when he has "proved" that capitalism, by enabling a growing population to live at increasingly higher standards of living, is actually a bad thing. Contrariwise, a scientist who is a capitalist will have the opposite tendency.

In spite of these prejudices, there is hope for progress in science because, as long as we have free inquiry, the data will eventually have its turn to speak. This kind of give-and-take goes on all the time in scientific disciplines. But hiding evidence, as we now know was being done, is academic fraud. It should cause the National Academy of Sciences to reconsider its exoneration of the errors in the hockey-stick theory.

So What Do the Data Say?

A great deal of data has been gathered since the UN began its "bum rush" on free enterprise. First, we have much more evidence of natural variation from the past, based on a wide variety of proxies for temperature. During the past few thousand years, there were two periods during which global temperature was as high or higher than it now is.

Correlating warm and cool periods with what we know about history, warmer times have been times of human flourishing, expanding economic activity, scientific progress, and cultural expression. And cooler times have been times of starvation, disease, and the collapse of civilization. If we could control global temperature, our focus would be more on avoiding global cooling than it would be on avoiding global warming.

Second, we know that, at least thus far, we really don't know much about the causes of climate change. The computer models that incorporate the greenhouse-gas theory are being massively contradicted by current readings. That is, CO2 is continuing to build up in the atmosphere, and yet global temperature is moderating rather than continuing to rise.

"The computer models that incorporate the greenhouse-gas theory are being massively contradicted by current readings."

It might be, as the historical evidence can be interpreted as suggesting, that variation of CO2 in the atmosphere is an effect rather than a cause of global temperature, since CO2 levels appear to lag variation in global temperature. The issue is certainly deserving of continuing study.

Third, we know that the scaremongers associated with the IPCC cannot be trusted. As important as the planet is, we need a community of climatologists that is not precommitted to a theory or — worse yet — to a policy prescription. The UN agenda is obviously driven by the many despotic nations of the world that seek to use climate change to shake down the wealthy nations of the world, in concert with an intellectual elite that favors socialism over capitalism and with special-interest groups seeking massive government subsidies. The Kyoto Treaty, which imposes limits only on certain nations (the wealthier ones), could never work, since it will only shift industrial activity to nations without limits (the poorer ones), with no net reduction in carbon emissions.

A market approach to environmental policy would not only achieve whatever goals are set efficiently, given the technologies currently available; it will induce the discovery of new technologies, making what seems costly and maybe even impossible today achievable with increasingly higher standards of living tomorrow.

Unlike socialism, capitalism does not rely on fear. Capitalism relies on belief, belief in the inexhaustible creativity of free persons.