GET NEWS AND ARTICLES IN YOUR INBOXPrint
A
A
Home | Mises Library | To Save Europe, Free the Markets

To Save Europe, Free the Markets 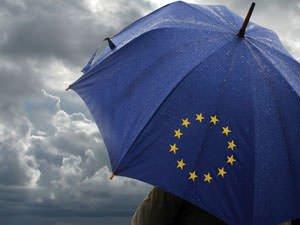 10/19/2013Frank Hollenbeck
The current European economic strategy is to kick the can down the road. Debt levels in almost all European countries continue to rise and growth seems to be a long forgotten memory. The day of reckoning is around the corner, as Rudi Dornbush once warned, “[t]he crisis takes a much longer time coming than you think, and then it happens much faster than you would have thought, and that’s sort of exactly the Mexican story. It took forever and then it took a night.”

To get real results fast, European leaders need to ditch austerity and focus more on policies that enable the private sector to provide the right supply at the right prices.

A good first step, which may even be politically possible, would be to change the land-use laws, allowing owners of agricultural land to dispose of their assets as they see fit. Land-use legislation in France is a perfect example of the worst of Soviet-style planning. It all began with a 1967 law requiring major cities to establish zoning plans. At first, those plans were only limited to large cities, but were soon extended to most cities. The regulatory framework on land, helped by EU laws and regulations, exploded during the 1980s and 1990s with the creation of coastal laws, wet zone laws, biodiversity laws, and nature zones preservation laws. Environmentalist groups were instrumental in the enactment of many of these new laws.

All these regulations stifled construction. From 1997-2007, France had a housing bubble, but, unlike Spain, there was very little construction since zoning laws left very little land to build on. Housing prices increased 140 percent over this period which was 90% faster than households’ incomes. Yet, construction cost only increased 30 percent. This was clearly a land-oriented bubble, and the main culprit was land use regulation.

Today, most zoning plans are for 15 years, and generally become inadequate almost immediately. In the early 1980s, a revision to a plan took two or three years. Now, the minimum is three years. However, if environmentalist groups get involved, changes can take well over a decade. Many small cities have been struggling seven years in judicial battles to add a measly 50 acres of new developable land into a plan. For example, it took six years for the 20-cities metro area of Nantes (ranking #10 in France) to elaborate their latest plan. Currently, there are 40,000 acres of agricultural land outside Nantes, but only 750 acres are planned for new buildings for the next 15 years. This is a pittance for the nearly 1 million inhabitants of this growing region.

People love freedom for themselves, but fear freedom for others. Planners fear that free markets would lead to anarchy and environmental disasters. Politicians fear the evils of urban sprawl. During the 1950s and 1960s the French government created 700 “urban ghettos,” which were dehumanizing Soviet-style suburbs, without many basic amenities like libraries, high schools and so on. In a free market, land developers bring to market what people desire. If people don’t want to live in Soviet-style bunkers, they won’t be built. It is possible for a developer to make a mistake, but he will probably only make this once, not 700 times.

The planners fear it, but anarchy is a term that could be used to describe the impossibility of determining exactly how preferences will change over time. Yet, a free market will ensure the least amount of anarchy since price and profits are the best way to have resources channeled to produce the goods and services that society most urgently needs. No government planner can compete with the resource allocation efficiency of a market system.

Zoning laws are the political reflection of these fears, and crony capitalism thrives in such an environment. Well-connected entities regularly design personal gains into zoning plans, and then use regulatory barriers in such plans to restrict entry. Also, since the 1980s, European law has made it more difficult for governments to provide services that could be supplied by private contractors. France now has at least 30,000 full-time public servants whose only job is to oversee private consulting firms which are paid for elaborate plans. Crony capitalism and socialism are very good bedfellows.

Land-use reforms in France would cut development costs by much more than 50 percent and create a mini construction boom in almost every major French city. In the French suburbs of Geneva, housing units would spring up like mushrooms.

This does not necessarily mean we should dispense with environmental laws, but we should not let concern for the environment be a pretext to do nothing. There is an enormous demand for affordable housing in many parts of Europe, but environmentalists would rather see tons of chemicals dumped on agricultural land year after year instead of seeing families better able to put a roof over their heads.

There are literally thousands of similar supply-side policies that would easily spur growth in Europe. But first we’d need to stop talking about “boosting demand,” or “making labor laws more flexible,” or “encouraging entrepreneurship.” Those are empty slogans. It’s time for European leaders to take bold actions, because the alternative is a train wreck.