GET NEWS AND ARTICLES IN YOUR INBOXPrint
A
A
Home | Mises Library | Romania's Stock Exchange: What Went Wrong? 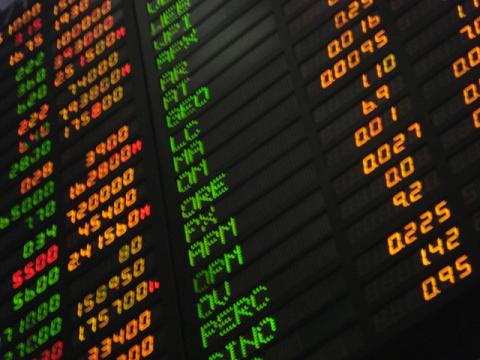 In post-communist Romania, the CNVM (National Stock Commission) was founded to be the sole regulator of the stock and capital market. Despite its promise to rigorously police the markets--or perhaps because of that promise--Romanian stock markets have experienced several crises in recent years. These crises have wrongly given rise to complaints about "unbridled capitalism" and the excesses of laissez-faire.

A laissez-faire capital market permits traders to engage in as many mutually beneficial exchanges as they see fit. The most promising businesses are able to acquire resources they need in the shortest possible period of time. However, behavior in this market, as with all markets, must be subject to rules of conduct that forbid and punish theft and fraud. The government usually assumes responsibility for oversight, with unfortunate results. Government regulators crowd out private overseers and impart to consumers a faulty sense of the inherent soundness of all approved investments.

The point is illustrated by the case of the "National Investment Fund" fraud. The FNI was founded in 1996 as an ordinary investment fund. Although it was not designed on a fraudulent fractional reserve principle, the device was similar: the fund was using borrowed money and investing it in stock, while promising full redemption within three weeks of the request. The strategy seemed to work for four years. Indeed, the fund looked like the most successful on the Romanian market.

The fraud was made possible only through the deliberate blindness of the CNVM, which had guaranteed fairness and safety. The fund administrators were inflating the value of the title. Some of these stocks never traded. Their values were set by the fund administrators, according to their whims, with the permission of the regulators. Another technique was to underreport the number of stock titles in circulation. At the end of May 2000, the real number in circulation was over 75 million, but the fund declared only 34 million units. As a consequence, some CNVM and FNI officials, among others, were arrested.

In a market economy, with private regulation of the securities industry, such fraud would have been easily ferreted out. But with government regulation that prohibits competitive overseeing boards, the fraud was left unchecked while investors were disarmed.

Later last year, another controversy faced the regulators: the RASDAQ scandal. Rasdaq is the Romanian version of Nasdaq. It was created in 1996 with the help of more than $20 million from the U.S., in order to "modernize" the local stock market. In the U.S., the NASDAQ evolved as an automated version of the over-the-counter market, but the Romanian version was created by the state. One of its purposes was to handle the stock issued in the mass privatization process. RASDAQ held 5,000 titles to unattractive State enterprises.

RASDAQ was a freer exchange than the Bucharest Stock Exchange. There were no floors or ceilings imposed on the price of stocks. Once a transaction was made, no term for payment was imposed. This made it possible for brokers, with the help of the reciprocal cancellation agency, to negotiate spot transactions with the payment not due for thirty days. Rasdaq became a heaven for traders who were active in credit markets.

First, the owner of a large number of stocks (or someone with money, ready to buy stock for credit mediation) became the borrower. Then the creditors were sought out. When the two parties met through the brokers, two transactions were made: in the first, the creditor bought the stock from the borrower with payment promised in three days (T+3) and at a higher price than the prevailing one. The price of the stock received one large boost. Immediately, in the second transaction, the creditor sold back the stock, this time with the payment promised in thirty days (T+30) and at an even bigger price, which thus included interest. The price received a second boost. The brokerage firms of the creditor arranged for collateral from the borrower to guarantee the credit. Now the borrower could sell the stock or use it again in the same way.

The practice was profitable and made the RASDAQ look more "healthy" and dynamic. The stock titles appeared sound, but in fact their increased values were derived from their new use as special mediators of credit. While this was not a case of fraud, it still implied some heavy risks: buyers of stock "loaded" with one or several deferred payment contracts were left very vulnerable.

One might ask: Why was all this hazardous adventure necessary just to borrow some money? Shouldn’t there have been separate loans markets available to serve this clientele? The answer lies in the regulation and centralization of the money (loan) market with the central bank, which created abundance of credit in some areas (usually the State treasury) and scarcity in others ("simple" borrowers).

The RASDAQ stock market operation was ended by an edict of the CNVM that reinforced  T+3 payment restrictions.  This action hampered entrepreneurs active in the field. One more regulation was imposed to meet the effect of previous State intervention. Now RASDAQ is as unattractive as the thick-regulated BSE, or even more.

The Romanian government's solution to this situation is not more freedom but more control: "We aim to redevelop our institution this year, so as to be able to say, without doubt, that it represents for the capital market what any central bank means for the monetary markets" (Ileana Agalopol, official of the National Stock Commission, quoted in Ziarul Financiar)

The central bank is the State's "solution" to the disastrous effects that the principle of fractional reserve banking has, namely inflation and business cycles. All that the new regulation will do is delay maldistribution effects, thus spreading more havoc in the long run.

Centralized control of capital markets eliminates competition by setting up a licensing system. Without free entry, the services offered on that market are of a higher price and of a poorer quality than they otherwise would be, because the privileged firms will not have to compete with others offering the same service--better, safer, and cheaper.

The State's regulations will succeed only in freezing innovations that entrepreneurs have created for the smooth working of affairs, and, as the time passes and conditions change, will render existing institutions ever more inadequate.

If the declared aim of eliminating speculation succeeds, resources will not be used any more efficiently than they would have been, simply because speculation is a characteristic of any action intended to reap profits from the anticipation of future conditions.

As for the avoidance of further fraudulent crises, the capital market was lacking, not control, but free access on the market for supervising institutions. The new measure will not eradicate the real source of the problem, which is not laissez-faire capitalism but state-granted monopolies in the securities industry. The Romanian experience does not discredit a free market in capital but rather the idea that the government is the right agency to police it.

Tudor Smirna was a summer fellow of the Ludwig von Mises Institute in 2001. He is now in Madrid, enrolled in the Austrian masters program created by Jesus Huerta de Soto at Rey Juan Carlos University. He also owns a small tea business in Bucharest.