The Rise of the Medical Bureaucrat and Centralized Health Care 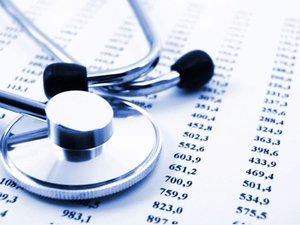 In contrast to the expected shortage of tens of thousands of physicians, there appears to be an abundance of health care administrators. Economists and physician-activists at Physicians for a National Health Program (PNHP) have invoked the below graph and the administrative bloat it shows as reason to promote a single-payer system. With a single payer, they argue, complexity will be greatly reduced, the administrative burden wiped out, and costs brought under control:

For those who contend that administrative positions consist chiefly of make-work jobs soaking up a glut of workers otherwise destined to swell the ranks of the unemployed, this outcome could indeed be welcome. Unfortunately, if PNHP gets its wish, we may all discover that gluts and shortages are enhanced, not avoided, by the central planning process that would necessarily accompany the establishment of this program.

Reflecting on the way by which scarce resources are allocated, Friedrich Hayek argued that coordination of economic activity ultimately depends on localized and dispersed knowledge, knowledge that no single person or authority can ever claim to possess.

In his brief essay on “The use of knowledge in society,” Hayek wrote:

the shipper who earns his living from using otherwise empty or half-filled journeys of tramp-steamers, or the estate agent whose whole knowledge is one of temporary opportunities, or the arbitrageur who gains from local differences in commodity prices, are all performing eminently useful functions based on special knowledge of circumstances of the fleeting moment not known to others.

Only in a decentralized system of decision-making, where price fluctuations can adjust to the reality of needs and provisions, are major gluts and shortages avoided. In contrast, a centrally planned economy typically relies on quantitative models to forecast supply and demand and set prices, and such models either overlook the importance of local knowledge or cannot adequately take it into account:

If it is today so widely assumed that [experts] will be in a better position [to use knowledge], it is because one kind of knowledge, scientific knowledge, now occupies so prominent a place in public imagination that we tend to forget that it is not the only kind that is relevant.

... a little reflection will show that there is beyond question a body of very important but unorganized knowledge which cannot be called scientific in the sense of knowledge of general rules: the knowledge of the particular circumstances of time and place. (emphasis mine)

Of all economic sectors, health care should clearly rank among those most dependent on local knowledge. After all, how to best treat a patient is decidedly circumscribed in the here and now. Yet, lured by the idea that medicine is a scientific enterprise, we persevere in our attempt to manage health care with the same methods that would fail to optimize the construction and distribution of even a simple pencil.

Codes and Data are Not Knowledge

It is particularly noteworthy that the PNHP graph depicts the administrative workforce as shooting up in the early 1990s, for it is around that time that payment for medical services would become highly dependent on a byzantine scheme of codification, invented precisely to convey to central authorities in charge of health insurance crucial information about what is taking place in the privacy of medical offices, within the confines of operating rooms, or at hospital bedsides.

In 1992, with the passage of the Medicare Fee Schedule, use of this coding system became mandatory. From then on, clinical care would be spoken in the lingua franca of CPT, ICD, and E/M codes, and the term “documentation” would take on a bitter significance for doctors.

But translating the what, how, and why of local medicine into cryptic ciphers for remote bureaucrats does not make the business of health care any more intelligible to the central planner, regardless of whether the codes are transmitted by an archaic fax machine or digitized and made immediately accessible by means of mandatory electronic health records systems.

Codes and data, of course, are not knowledge. Hayek’s shipper engaging in tramp trade can make a judgment about the significance of empty spots on a boat because the context associated with that information elicits meaning based on which he acts.

In contrast, a CPT code 99204-21 (new patient visit, E/M coding level 4, prolonged service) associated with ICD-9 code 786.50 (chest pain, unspecified) hardly conveys any real knowledge and cannot possibly be a basis on which relevant decisions can be made or value established. These codes cannot help determine the needed supply of doctors, nor that of drugs and other material necessities. The only tangible effect of the coding scheme, then, is simply to require a massive influx of administrators charged with “interpreting” and acting upon its obscure data signals.

And when price is divorced from value, shortages and gluts necessarily ensue. Although a single payer could conceivably reduce administrative burden and cut costs, its doing so will never be on the basis of “knowledge of the particular circumstances of time and place” that is at the heart of genuine medical care.