The Right to Work at Hooters? | Mises Institute
Skip to main content

GET NEWS AND ARTICLES IN YOUR INBOXPrint
A
A
Home | Mises Library | The Right to Work at Hooters?

The Right to Work at Hooters? 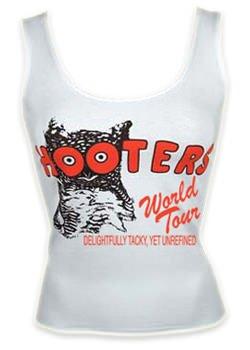 "He wants to serve food and earn tips and why can't he?"

So argues Martin A. Shellist, attorney for Nikolai Grushevski, a citizen of Corpus Christi, Texas, who filed a gender-discrimination lawsuit after Hooters denied him a job as a server at the chain restaurant.

A similar case in 1997 resulted in Hooters paying out a $3.75 million settlement to reconcile the matter. Title VII of the Civil Rights Act of 1964 prohibits discrimination based on race, color, religion, sex, or national origin. The case of Grushevski challenges whether or not it is a bona fide occupational qualification for one to be female in order to work as a food server; if so, then it is legally permissible for Hooters to discriminate against males.

Considering Hooters' trademark is the young, attractive female waitress, it is conceivable that this man — or any man for that matter — would not earn much in tips should Hooters be forced to hire male servers. Moreover, if Grushevski truly wants employment as a food server, there are plenty of other restaurants where he can apply or he can start his own restaurant.

It is obvious that this is either a frivolous law suit or a publicity stunt. It will be a waste of both time and tax dollars for the court to take this outlandish case. While Title VII may be valid when applied to those running for public office or applying for government positions, its provisions are not appropriate in the private sector. It is indeed immoral and unacceptable to legally permit malicious or discriminately harmful behavior against a person based on a characteristic or belief. The Jim Crow laws, for instance, exhibit a serious and immoral blunder in our nation's history for enforcing race discrimination.

But in the case of a private entity such as Hooters, Title VII should not enforce a "right-to-work" policy. If private property cannot be used in the manner that the owner or company sees fit (excluding using that property to violate someone else's property or personal rights) then it is rendered impotent. Private property should mean true ownership.

Another point to consider is whether individuals have the right to adversely affect the feelings and thoughts of others.

For example, a person may hate people of Middle Eastern or Hispanic origin, or even Christians. This hatred is unpleasant, but I won't object if it does not lead to physical harm or property destruction. In a free society, to harm someone is to violate their rights to privacy and property. So, to harm someone requires taking away or denying them something that belonged to them in the first place. Working for a privately owned business is not a right; consequently, the job never belonged to the applicant in the first place. Hooters is not hurting men with their policy because it is not a man's right to wear the orange shorts and white tank top. Conversely, Hooters does not owe anybody a job or have a duty to hire people.

"Hooters is not hurting men with their policy because it is not a man's right to wear the orange shorts and white tank top. "

Harvard economist Robert Barro observes that appearance is just as valid a criterion for hiring someone as intelligence, ability, and experience. The truth is that a property owner (business) can choose any criterion for deciding whom to hire. While it is true that one does not have to be a woman to serve food, Hooters has every right to require that its servers be women. Indeed, requiring Hooters to hire male servers equates to making the Dallas Cowboys hire men for the cheerleading squad. Hooters Girls are a trademark, much like the Dallas Cowboys Cheerleaders, The Rockettes, or Victoria's Secret models are trademarks for their respective organizations.

Hooters should not only have the legal right to hire only female servers but also those that it subjectively decides are attractive. If Hooters' policy is to hire only young African-American women or "All-American" blonde Caucasian women or only brunettes with a certain hair length, eye color, height, and breast size, then that is perfectly legitimate. Again, a woman who doesn't fit the company's criteria is not hurt by not getting a job because it was never hers to have in the first place.

Incidentally, it is legal for a potential employee to discriminate against a potential employer based on whatever criteria the employee deems valid. Hooters cannot sue a woman for not accepting a job offer because the manager or other employees have certain physical characteristics or racial backgrounds that the applicant finds objectionable. Why the double standard?

Suppose I defined "attractive" as a physically fit, well-proportioned, long-blonde-haired woman who could be a NFL cheerleader or Victoria's Secret model. Further suppose I owned an engineering consulting firm and I only wanted to hire women who are the blonde beauties I described or only women who look like actress Megan Fox. In a free society, I would have the right to hire only these types of women, but my business would probably fail if they were unqualified as engineers. I would pay a steep price for indulging in my preferences because I turned away the qualified and profit-enhancing applicants. Hypothetically, if there were enough attractive, blonde women or Megan Fox types that were qualified as engineers, then I could achieve my goals without hurting other applicants, because, again, they had no right to the job in the first place. 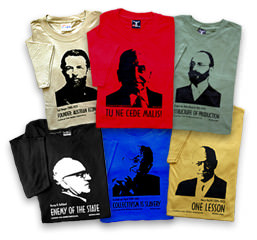 In a free society, Mr. Grushevski has every right to be entrepreneurial and to start a restaurant that only hires men who want to serve food in tank tops and shorts. I support his right to do this and I would take his side against any government that tried to stop him.

How far this case will go in the courtroom remains to be seen, but, regardless of the outcome, it remains clear that the notion of a right to a job is an affront to true freedom and private property. In a real free-enterprise economy, there would be no Equal Employment Opportunity Commission (EEOC). Everyone in such an economy would have the opportunity to pursue their own dreams and enterprise without government interference.