On Ricardo and Free Trade 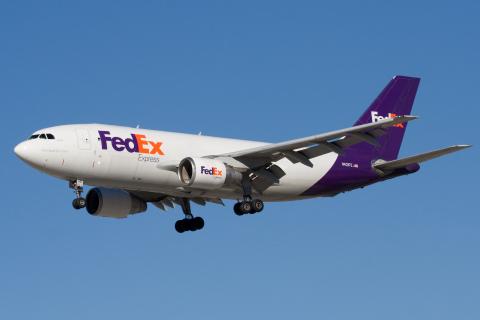 Some distinguished theorists have lately entered into a debate over the merits of free trade after two of them had suggested that "free trade has necessary conditions" and "today these conditions are not met"1. In particular, they mean that David Ricardo's law of comparative advantage don't hold if the "factors of production" are free to move around, particularly if money and laboring persons are able to move faster than goods. Thus, in a way, this argument says that since people are free to move around, move their money around as well as their goods, free trade is bad. But how can it be that free movement of persons, money and goods is bad for free trade? How can it be that free trade is bad for free trade?

Let's have another look at the foundations of free trade. There is no need to provide Ricardo's example with England and Portugal again, but let's instead start with Adam Smith's elaboration on the nature and causes of the wealth of nations. The opening lines of Smith 1776 book reads: "The greatest improvement in the productive powers of labour, and the greater part of the skill, dexterity and judgement with which it is any where directed, or applied, seem to have been the effects of the division of labour."

The division of labor explains how it is possible to have such a high standard of living that people in many countries have today. It raises the labor productivity, makes the overall knowledge in the society to multiply, is the foundation for the use of machinery, etc. If division of labor was banned, we would become something like cave men in a week or two. In the light of this, it is a good thing that people are able to divide labor among themselves. But what are the conditions for this division of labor to occur on any wider scale? This is indeed the crucial question, as those able theorist referred to above seem to have noted.

It is Mises' great insight that Ricardo's law of comparative advantage applies to all levels of society2. Hence, people in general, not only nations, divide labor among themselves according to their comparative advantages (and not according to their absolute advantages as perhaps is the common belief, shared also by Smith). Why not start looking at the level of the individual and then move to higher and higher levels abstraction?

The table shows Ricardo's example at an individual level. It shows the time requirements for Joe and George in two different lines of business, computer consulting and marketing. It takes Joe 90 minutes to fix a software bug and 80 minutes to make an ad, while the same things takes 100 and 120 minutes for George. Joe is better at everything, he has an absolute advantage in every line of business, and George has an absolute disadvantage in every line of business.

Moreover, if they fixed 2 bugs and made 2 ads in 390 minutes without trading, they now could fix 2,125 bugs and make 2,200 ads by trading, while each of them worked as much as before. Labor productivity and overall output would increase.

All this is because George has a comparative advantage in making ads. He can thus out-compete Joe in at least one activity, in this case in marketing. Both parties are better off in the free competition. In a monetary economy, money being a prerequisite for advanced division of labor, Ricardo’s principle, applied on the individual level, boils down to this condition.3

We can call this the division of labor condition and it is a condition that has to be fulfilled for trade to take place. The left hand side of (1) gives in the numerator the hourly money income of a potential buyer of some service in his ordinary line of work (activity B) and in the denominator the hourly money income of the producer of the same service (activity A). We can call the left hand side 'the relative income'. The right hand side of (1) gives in the numerator the time necessary for the potential producer to perform the work (activity A), while the denominator gives the time needed for the potential buyer in case he performed the service (activity A) himself. We can call this 'the relative productivity'. Thus, for the division of labor to occur, the relative income must exceed the relative productivity.

A more intuitively appealing way to say the same thing could be found by simply multiplying both sides by the respective denominators. We then have on the left hand side the potential buyer's hourly income in his ordinary work, times the time needed to perform the work by himself. On the right hand side, we simply have the time times the cost of the producer. Stated in this way, the division of labor condition simply tells us that the labor will be divided whenever the alternative cost of performing a task oneself exceeds the price offered by the other party.4

This example might seem a bit special, with only two persons and all, but the fact is that only an extreme few of us have an absolute advantage at anything, at least for any longer period of time, while almost all of us have to rely on our comparative advantages to make a living. This means that from the perspective of the less productive George, the more productive Joe could as well represent the entire population on earth.5

I find the argument that Ricardo's great principle doesn't hold because money or persons move around more easily than goods strange. Although logistics is important in actual trade, I can't see what logistics has to do with the principle. Moreover, saying that Ricardo's law only is applicable without production factor mobility, amounts to something like locking Joe and George into their rooms as a condition for them to be allowed to trade freely (via a hole in the door). Perhaps factor mobility is not a good thing for states, armed with things like GDP measures, but surely no one equates the State with Society, and certainly not those fine theorists referred to above?

Another thing that makes me a bit puzzled is to hear an American claim that back in Ricardo's days, major factor's of production, like persons couldn't move around (I think we can agree that factors like soil, climate and geography couldn't, but it seems to be more than a coincidence that those "conditions" holds today as well). That makes me wonder if my history teacher lied to me, because I had the impression that millions of people moved around the globe at that time, that hard money like gold or silver was shipped around the globe and that the shipment of goods was considerable in relation to what was actually produced. Old teacher Carsten told me that a third of the Swedish population left for the U.S. in the 1800's, after selling their land (making it worth less), but perhaps my memory is wrong. Anyhow, I didn't know that I was allowed to move anywhere outside of the EU, without asking for a hard-to-get permission, so I must also have missed something about the so free mobility of people. I suppose it would not be likely that a third of the Swedes would get a green card today, would it?

Taken on a national level, it is of course not possible for all countries to have absolutes advantages in all possible trades at the same time. It is not possible for a single country to have absolute disadvantages in all lines of business if there is free movement for persons, money and goods, because there would always be a comparative advantage in some line of business, for some persons or group of person, like a company. Thus, with free movement of labor, money and goods, there will always be some comparative advantages to explore.

The only condition necessary for Ricardo's principle to hold is that the division of labor condition at is fulfilled. It is a necessary condition both for international and national trade, indeed, all trade. This division of labor condition clearly is severely violated today, by the way of taxes, tariffs, regulations, national money monopolies and other Government devices, but that still has not been enough to stop people from trading for mutual benefit. However, this massive intervention does not make Ricardo's principle invalid, it only tells us that if there are no comparative advantages, free trade is the solution. The only condition for free trade is freedom to trade. I suggest giving the Nobel Prize to Ricardo (despite the detail about not being alive) for showing that free trade applies everywhere, at all levels of society, at all times. It is universally valid. For Joe and George, for Charles and Paul as well as for the U.S. and India.