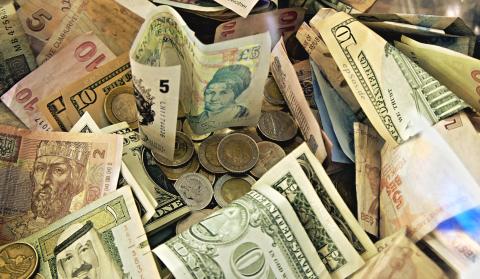 Adopting an almost exclusively theoretical point of view, Salin guides his readers in textbook-like fashion through the intricate core propositions of international monetary economics. The first two parts of the book discuss the basic statements and analyses in the field, such as the theory of exchange, the demand for money, the exchange rate, and the fundamental principles of balance of payments analysis. Part III delves into the issue of international monetary equilibrium, touching on the concepts of inflation and devaluation, the formation of international prices, and a range of exchange rate systems including fixed and flexible exchange rates. In Part IV, Salin concludes his investigations with a brief analysis of monetary policy, monetary crises, and monetary integration.

From the beginning, the building blocks of Salin’s arguments are excellently set up, and together they form an almost self-contained and complete system of thinking about monetary problems. But the strength of the book comes primarily from the fact that this system is grounded in general economic theory. While particular discussions are specialized, and thus somewhat narrow, the overall volume adds to the big picture of the workings of monetary macroeconomics, with a solid foundation in microeconomic theory. Each chapter neatly draws a conclusion on which Salin builds further arguments, but which also constitutes a valuable lesson in itself. Eventually, his analyses lead up to a refreshing overarching remark: “a surprising paradox in monetary theory: people debate about the best monetary policy, although the best solution would be not to have any monetary policy. This was the case in a pure gold standard (that is, without central banks)” (p. 245).

In relation to this welcome insight, three of the valuable lessons that Salin’s short volume offers warrant particular attention. In each case, the author sews up a competent critique of the widespread misunderstandings that surround these issues in modern literature.

First, Salin completes the discussion in Part II with a pointed analysis of the balance-of-payments—or external equilibrium—policies. He shows that such policies are “doomed to failure because [they are] based on an a priori and arbitrary definition of equilibrium and disequilibrium” (p. 100) with regard to individual cash-balance decisions. In consequence, he argues, attempting to equilibrate balance of payments accounts often leads to disequilibrium in the market, “since it is forbidding individuals to allocate their resources over time in a way which would be optimal for them” (p. 100). With regards to the disputed relationship between the balance of payments and the exchange rate, Salin also correctly points out that, contrary to popular belief, “the exchange rate is not the price of the balance of the trade balance, which would obviously be meaningless… [and since] a deficit is not a symptom of disequilibrium, it therefore has no reason to cause a change in the exchange rate” (p. 102).

Second, Salin devotes an entire chapter (chapter 12) to a detailed explanation of why inflation is a monetary phenomenon (pp. 112–118), in the case of a closed economy, as well as in an international setting with imported inflation. This discussion is not only relevant on its own, but ends up excellently supporting Salin’s subsequent analysis of the international transmission of money creation across national borders in varying currency and exchange rate regimes (ch. 16, pp. 137–149) and its congeneric impact on international monetary equilibrium (ch. 17, pp. 150–163). Third, the same chapter contains an almost taboo opinion in monetary economics, i.e. that deflation is not only unproblematic, but actually beneficial (pp. 118–119). Salin returns to this point throughout the book (pp. 41–42; 157–158; 226), reiterating the idea that “contrary to widely held ideas, deflation is preferable to inflation.”

Other similarly discerning analyses are found throughout, and towards the end of the volume, Salin offers some highly quotable turns of phrase: for example, in discussing monetary integration in Europe, he argues that “the euro is the outcome of an approach which mixes monetary nationalism, politicization of money, substitution of pseudo-independence to an external control by competition, and the use of a compulsory and constructivist process instead of a spontaneous one” (p. 241).

It should come as no surprise that this volume resonates with classical and Misesian monetary theory, and is often at odds with the great majority of modern monetary models and their conclusions. And yet, Salin’s system of monetary analysis does contain a few idiosyncrasies. Some are due to the author using his own terminology in perhaps unnecessary situations, such as substituting ‘coercion’ for ‘government intervention,’ or introducing ‘hierarchy’ in discussions of money creation (p. 102) to refer to the existence of a central bank.

Other idiosyncrasies, of greater weight, are I believe remnants of the author’s familiarity with mainstream economic analysis. One such instance is the chapter on the demand for money, which contains a discussion of the roles of money and the definition of money. Divergent views between monetary schools of thought originate from these aspects: modern analyses effectively downplay the function of money as a medium of exchange in relation to its role as a store of value or unit of account when constructing models based on a barter economy in which a numéraire is later introduced. Mises (1953, pp. 30–37), however, considered the two latter roles of money as secondary functions which can only derive from a currency’s primary function as medium of exchange, and often drew attention to the dangers of the “barter fiction” (Mises, 1998 [1949], p. 202), as he called it, for sound economic analysis.

Salin, however, is rather unconventional in his approach: while espousing the importance of money functions, he avoids differentiating between the role of money as medium of exchange and that of store of value over time. Historically, he argues, “it is likely that these roles have emerged gradually and more or less simultaneously, so that it is not possible to consider that one clearly preceded the other” (p. 30); and he suggests that theoretically, “the role of a standard of value [numéraire] is not necessary for a good to be considered currency, unlike the other two roles” (p. 30). However, this discussion is followed by a rather confusing account of how money, if introduced as only numéraire, would leave relative prices unchanged compared to a state of barter. Salin does not specify though whether this is a useful abstract exercise, or rather a fictitious assumption contrary to economic reality.

Later in the volume, this precarious analysis seems to taint the discussion on real growth and monetary growth under fixed exchange rates, for which Salin uses the example of communicating vessels (p. 162). This hydraulic view of balance-of-payments adjustment—often seen in business cycle theories as well—disregards the Cantillon effects of monetary inflation responsible for the gradual and irreversible changes in prices and wealth distribution that money creation inevitably produces in a closed or open economy. More to the point, such a view actually contradicts Salin’s overall monetary analysis in terms of individual cash-balance decisions. At best, the author’s views on these points are confusing and thus easily misunderstood; at worst, they detract from the otherwise strong case he makes against monetary and balance-of-payments policies.

These issues notwithstanding, this little volume is overall a pleasure to read. Fluent in the language of modern monetary economics, Salin makes ample use of equations and graphs in a pertinent and user-friendly way: coupled with clear and concise explanations, these mathematical elements usually provide rigor and structure to the analysis. While they may not be indispensable, they do enhance some of the arguments, and are carefully weighed not to hinder the overall flow of the narrative. Some readers may also find that Salin’s sole focus on monetary theory has perhaps deprived some of the discussions of their historical color—in particular Chapter 20, which analyzes the long-term evolution of monetary systems. Joseph Salerno’s collection of monetary essays (2010), which focuses on the history of monetary systems, the development of monetary and balance-of-payments policies, and the history of monetary thought, can be a welcome companion to Salin’s volume.

In conclusion, The International Monetary System and the Theory of Monetary Systems is replete with well-grounded arguments and thought-provoking insights. It is thus both a useful and distinctive resource for economics scholars and students, and an intellectually compelling journey into the principles of domestically sound currencies, and into how to build sound international monetary systems.

Dorobăț, Carmen Elena, Review of "The International Monetary System and the Theory of Monetary Systems by Pascal Salin," Quarterly Journal of Austrian Economics 20, no. 2 (Summer 2017): 194–198