GET NEWS AND ARTICLES IN YOUR INBOXPrint
A
A
Home | Mises Library | Review: How Global Currencies Work: Past, Present, and Future

Review: How Global Currencies Work: Past, Present, and Future 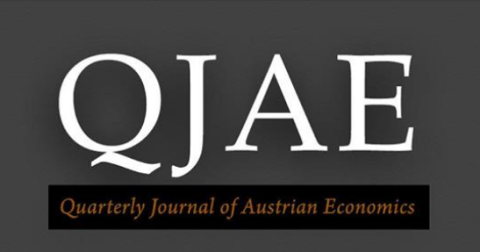 Carmen Elena Dorobăț (c.dorobat@leedstrinity.ac.uk) is assistant professor of business and economics at Leeds Trinity University in the United Kingdom and a Fellow of the Mises Institute.

The present volume is an engaging and intriguing account of how global currencies, such as British sterling and the U.S. dollar, have risen to global dominance in the international monetary arena, and how currencies such as the Chinese renminbi, for example, could follow in their footsteps. Divided into twelve chapters, the work focuses primarily on the international monetary history of the 20th century, complemented by a comparatively brief account of the 19th and 21st centuries. The narrower focus of the discussion in these chapters—and most of the data supplied in each chapter’s appendices—concerns the composition of foreign reserves, i.e. the balance between holdings of pounds and dollars, and later of yen, euro, and renminbi.

From this, the authors propose to tease out a few new factual discoveries and some implications for the future of the international monetary system. More precisely, they disavow the traditional theoretical view which argues that international currency status resembles a natural monopoly that arises organically from the benefits of using the currency of the most economically (commercially and financially) powerful country in international economic transactions, i.e. a monopoly due to network returns (p. 4), and winner-takes-all and lock-in effects.

Because, argue the authors, this ‘old’ model is not supported by much of the data from the 20th century, they propose a ‘new’ view arguing that multiple currencies can be used concomitantly on an international scale, such as the pound sterling and the dollar during the 1920s. These currencies played “consequential international roles” (p. 11) demonstrating that inertia and persistence due to network effects in international transactions are not as strong as previously thought. Their updated theoretical framework is borrowed from the process of technological development, where new technologies are adopted gradually by users and grow exponentially, thus using an analogy between the workings of international currencies and those of computer operating systems.

Eichengreen, Mehl and Chitu’s discussion also seems to revolve around the interplay between the political sphere and national monetary policies on an international scale, but this insight remains latent throughout their analysis. The authors focus rather on the technical aspects of international currency status and deliberately treat political and monetary matters as separate—in parts dismissing political matters completely.

Chapters 2, 3, and 4 contain a factually rich historical narrative of the origin and development of the holding of foreign reserves, particularly before and after the First World War. Scattered throughout are little gems useful to any scholar of monetary theory, like the fact that “foreign exchange reserves had accounted for less than 10 percent of total reserves in 1880, [but] accounted for nearly 15 percent in 1913” (p. 17).

In Chapter 4 the authors provide evidence of the currency composition of foreign exchange reserves in the 1920s and 1930s that best underpin their ‘new’ view: they find that the dollar overtook sterling as the international reserve currency in the mid-1920s, and not in the 1930s to 1940s as previously thought by monetary scholars. This proves that the sterling and the dollar shared, at the same time, the status of international currency. Contrary to the traditional view, then, international currency status is not subject to a natural monopoly.

To further explain how this came about, the authors show in subsequent chapters the great intervention efforts of the U.S. Federal Reserve to ‘support the market between 1917 and 1937’ (p. 69). The Fed’s heavy-handed approach to trade credit (chapter 5) and international bond markets (chapter 6) propelled the dollar to international currency status over a short period before its collapse during the Great Depression. However—and again disproving the theoretical model—the dollar recovered its status around the time of the Second World War and completely surpassed the British sterling, showing that the status of international currency is, once lost, not lost forever. Rather, it can be regained through the coordinated efforts of a powerful central bank, which can heavily benefit from engineering this rise to global currency status. Moreover, the authors argue, other countries benefit as well from not relying on one global lender of last resort, but rather on a network of lenders. Chapters 9, 10, and 11 discuss along the very same lines the rise and fall of the yen and the euro (with the euro crisis), and the future prospects of the Chinese renminbi, respectively.

Despite the great amount of historical information contained in this book, and the ample new data available to the authors, the volume falls short of the promise in its title. The narrative does not actually show how global currencies work in a comprehensive manner, but only how the global ascension of a currency can be traced back to the behind-the-scenes machinations of a central bank. As such, the subject could have been—and was—satisfactorily treated in a half dozen journal articles published by the authors between 2009 and 2016 (p. xv).

However, because the authors choose to separate the political causes and implications of monetary policies from their economic aspects, the book ultimately provides a rather hesitant and unassuming analysis that makes it feel lackluster. Two questions arise that remain unanswered: Why do central banks benefit from their currency becoming global, if not by preventing domestic inflation from reflecting in their exchange rate and foreign reserves? And why do other countries benefit from having multiple lenders of last resort (multiple reserve currencies), if not by accomplishing the same disguise? Without an answer to these questions, or even an acknowledgment of their existence, the book appears to be a collection of great insights whose potential remains unrealized.

Let me briefly illustrate this by contrasting Eichengreen, Mehl, and Chitu’s analysis of the momentous change in international monetary relations at the Genoa Conference in 1922 with the one put forward by Mises and Rothbard.

The authors discuss in chapter 3 (From Jekyll Island to Genoa) the leading countries’ efforts to restore the gold standard in the 1920s whilst avoiding the deflationary repercussions following the period of great inflation during the First World War. According to the report of the financial commission,

the Genoa resolutions called for negotiating a convention based on the gold-exchange standard with a view to “preventing undue fluctuations in the purchasing power of gold”… The idea was to create an environment in which ‘credit will be regulated… with a view to maintaining the currencies at par with one another (pp. 38–39).

Eichengreen, Mehl and Chitu view this solely as an open effort of Great Britain to recover the lost dominance of the pound sterling, and the otherwise innocent desire to renounce the golden fetters of the pre-WWI gold standard. While discussing monetary competition between London and New York, they fail to pinpoint the nature of this competition, and avoid answering the question whether the new reserve system was “badly designed or badly managed” (p. 41).

In the system’s design lurked a fateful goal: the continued inflation of money supplies. Coordination efforts among central monetary authorities in reaching this goal was a first step toward abandoning the commodity money system. While the authors only seem to skirt around the issue, Rothbard (2010, pp. 94–95) explicitly argued that Great Britain wanted to establish

a new international monetary order which would induce or coerce other governments into inflating or into going back to gold at overvalued pars for their own currencies, thus crippling their own exports and subsidizing imports from Britain. This is precisely what Britain did, as it led the way, at the Genoa Conference of 1922, in creating a new international monetary order, the gold-exchange standard.

Mises had explained this need for policy coordination in a similar way:

Various governments went off the gold standard because they were eager to make domestic prices and wages rise above the world market level, and because they wanted to stimulate exports and to hinder imports. Stability of foreign exchange rates was in their eyes a mischief, not a blessing (2010a, p. 252).

If the various governments and central banks do not all act in the same way, if some banks or governments go a little farther than the others… those who expand [the money supply] more are forced to return to the market rate of interest in order to preserve their solvency through liquidity; they want to prevent funds from being withdrawn from their country; they do not want to see their reserves in… foreign money dwindling (Mises, 2010b, p. 77).

The crucial issue here, therefore, is not the prominence of one currency or another, but that this prominence was engineered to speed up the renunciation of the gold standard, and greatly enlarge the freedom of all central banks to inflate money supplies. The Genoa Conference had thus paved the way for the next steps: the Bretton-Woods conference of 1944 and the “closing of the gold window” in 1971. This process did not unfold without problems, but it created the auspicious environment for inter-governmental monetary agreements, and allowed the U.S. and other powerful nations to employ a “policy of benign neglect toward the international monetary consequences of [their] actions” (Rothbard, 2010, p. 101). This further removed many obstacles to creating “the ideal condition for unlimited inflation” (Rothbard, 2009, p. 1018)—a system mimicking a global fiat currency as closely as possible.

In this light, the desire to engineer global currency status for one nation’s currency is open to another, more somber interpretation, which highlights the pressing dangers of international fiat money. According to Mises (2010b, p. 254):

Under a system of world inflation or world credit expansion every nation will be eager to belong to the class of gainers and not to that of the losers. It will ask for as much as possible of the additional quantity of paper money or credit for its own country.

It is not usual in a book review to criticize the authors for failing to achieve something they did not explicitly set out to accomplish. And yet, How Global Currencies Work: Past, Present, and Future is wanting in both its depth and breadth of analysis. Nonetheless, the abundance of data on the composition of foreign exchange reserves the authors make available is impressive, and their accomplishment in this regard must be commended. The book is easy to read, even though largely technical in nature and much too narrow in its focus.

I remain hopeful that this project will be followed by another, more extensive investigation into the workings of global currencies. An alternative analysis of this data, focused on the differences in kind between commodity and paper money, would provide a much deeper and richer illustration of how global fiat currencies are made to work to serve the political purposes of one powerful nation or another. This would indeed illuminate much of the dark history of monetary policy over the last three centuries.

——. 2010. What Has Government Done to Our Money? Auburn, Alabama: Ludwig von Mises Institute.