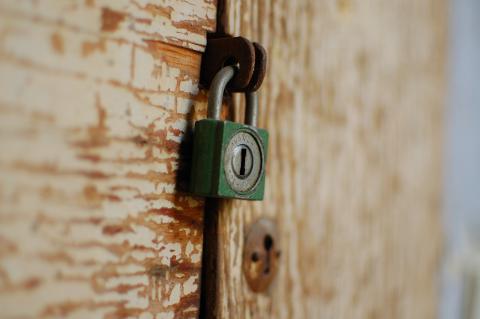 Several stories recently in the news call for a fresh look at patent law. For the last few months there has, quite rightly, been great consternation throughout the software world over Amazon.com's "one-click" patent, whereby the company has patented the idea of purchasing items with a single mouse click. James Gleick, writing in the NY Times Sunday Magazine of March 12, said: "When 21st-century historians look back at the breakdown of the United States patent system, they will see a turning point in the case of Jeff Bezos and Amazon.com and their special invention: 'The patented One Click feature,' Bezos calls it."

More horrifically, British Telecom announced a couple of weeks ago that they have a patent on hyperlinks, and that they mean to begin enforcing it. Apparently, in 1989, someone at BT succeeded in registering this patent, despite several decades of "prior art." After doing nothing with it for over a decade, BT suddenly woke up to the fact that they had the opportunity to collect tolls on the Information Superhighway.

Adding to the list of current worries, the completion of the mapping of the human genome last month raises the specter of the patenting of genetic information.

As Gleick says, "In ways that could not have been predicted even a few years ago, the patent system is in crisis." Innovation in high technology fields is overwhelming the capabilities of patent examiners, who cannot be expected to judge these issues well. It is impossible for a trained engineer working full-time in a specialized section of the computer field, say, database technology, to keep up with more than a small percentage of the advances in the area.

However, this is not really a new problem, but, rather, the worsening of an old one. Gleick quotes the commissioner of Patents and Trademarks, Q. Todd Dickinson, as claiming: "The patent system has done its job for two centuries of protecting and nurturing and rewarding innovation. The system has worked."

But what is the evidence that patent law ever "worked"? Certainly, the U.S. has had a great history of invention. Some of these inventions might not have existed if patents did not exist. On the other hand, we may have had other inventions that would have existed except for patent law. The late economist Murray Rothbard says, in Man, Economy and State:

It is by no means self-evident that patents encourage an increased absolute quantity of research expenditures. But certainly patents distort the type of research expenditure being conducted. For while it is true that the first discoverer benefits from the privilege, it is also true that competitors are excluded from production in the area of the patent for many years... Moreover, the patentee is himself discouraged from engaging in further research in this field, for the privilege permits him to rest on his laurels....

And, as intellectual property lawyer Stephan Kinsella points out, "...maybe more money for R&D would be available if it were not being spent on patents and lawsuits."

If we examine these foundations, we find that patents are not grounded in common law notions of property rights, but, instead, are a government intervention that strips the property rights of those who, through independent invention, arrive at the same device as a patent holder. To again quote Rothbard, "Patents prevent a man from using his invention even though all the property is his and he has not stolen the invention, either explicitly or implicitly, from the first inventor."

Most of the positive aspects of patents can be gained through trade secrets and licensing agreements, while avoiding many of these negative ones. The conclusion of Gleick's article is well reasoned and persuasive--except that what he views as an argument for "reforming" the patent system is actually an argument for eliminating it:

One thing is certain: the modern Internet entrepreneur is not a species in need of extra government incentives. If one-click ordering had not been patentable, surely Jeff Bezos would have invented it anyway in May 1997, put it to work in September 1998 and seen it copied in subsequent years by Barnes & Noble and thousands of other Internet merchants, all learning from his success, to the benefit of consumers.

Surely he would have become a very rich man; and his future success would depend on his ability to continue outperforming his competitors, and to continue innovating.