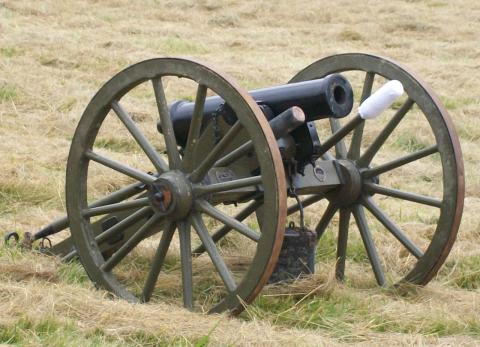 When I was a student at the Munich American High School and Cleveland's John Adams High School, I studied American history and was taught what had been then and still seems to be the standard account of the American Civil War. My own children have received roughly the same instruction during their primary and secondary educations in Virginia, Nebraska, and California.

It goes like this. Because of slavery, America was initially divided in two parts: the North, where people commendably opposed slavery and wanted a union that would have nothing to do with it; and the South, where slavery was enthusiastically embraced and defended as proper, on the despicable grounds that blacks were not fully human.

Eventually, we are told, Abraham Lincoln rose to the presidency and took the needed steps to end this intolerable situation by making sure that the South did not secede from the Union and remain a slave-holding society. He used the words of the U.S. Declaration of Independence to justify this. The most important lesson from the bloody war was that the side that basically had unAmerican ideas lost, and the side that wanted to fully live up to the ideals of the Declaration—with its unequivocal endorsement of the principle of individual, unalienable human rights for all—won. Thus, America ended a most contradictory and shameful period of its young history.

While sketchy, this used to seem a plausible story to me. Most of those I knew were happy with the ending, hoping that, in time, the residual effects of slavery and segregation would vanish and the country would emerge to pursue a course that was unambiguously supportive of individual rights for all. Yet, there were some difficulties with the story. As I kept reading into it— in books, scholarly journals, and magazines—and discussing it all with historians and legal scholars, I slowly had to revise my understanding of what happened.

As an example of a dissenting voice, consider Lord Acton, author of that famous quote about government: "Power tends to corrupt, and absolute power corrupts absolutely." In his private correspondence with Confederate General Robert E. Lee, Acton said:

I saw in States' Rights the only availing check upon the absolutism of the sovereign will, and secession filled me with hope, not as the destruction but as the redemption of Democracy . . . I deemed that you [i.e., Lee] were fighting the battles of our liberty, our progress, and our civilization; and I mourn for the stake which was lost at Richmond more deeply than I rejoice over that which was saved at Waterloo.

This is a shocking outburst from someone whose judgment on political matters is difficult to impeach.

More recently, there is Professor Thomas DiLorenzo’s well-documented argument—made persuasively in his article, "The Great Centralizer: Abraham Lincoln and the War between the States," in the journal, The Independent Review—that, contrary to popular belief, the war was not fought primarily over slavery. It certainly did not begin because of slavery, but, instead, because of the different economic policies of the Northern and Southern states, some of them related to the institution of slavery but others independent of it. Furthermore, it appears that most Northerners had no objection to slavery and acted accordingly, as they dealt with Southern slave-owners in trade and other matters, without protest.

As I explored the matter further, it came to light that Abraham Lincoln didn't so much object to slavery as to some of the institution's economic implications for the Northern states. In fact, Lincoln even agreed with the way many Southern slave-owners thought about blacks and whites. True, in the end, he did emancipate the slaves, but he also preferred that they leave this country and form their own—specifically, in Africa. (Indeed, Liberia was formed by some of those blacks who did return in this spirit!)

To a significant degree, too, Lincoln's emancipation of the slaves was a move within his political-diplomatic strategy. It was most likely designed to appease some of those in Europe who had sympathized with the case of the Southern states but were beginning to despise their institution of slavery. So as not to have England side with the South, Lincoln declared slavery intolerable and refused to agree to facilitate its spread and continuation.

In particular, he rejected the fugitive slave laws by his refusal to have the federal government enforce them. That meant that slaves who escaped and moved to the Northern states would not be caught and returned by federal law enforcement authorities, even though in other cases of crimes committed in one state the federal authorities would help with law enforcement.

Even more importantly, what came as a shocker to me was Abraham Lincoln's illiberal ways of going about the prosecution of the war. In his efforts to fight and win a war against the Southern states, he used many methods that contradicted his alleged belief in the principles of the U.S. Declaration of Independence. He refused to abide by the principles of due process, especially habeas corpus, in dealing with his critics in both government and the media. This showed that he didn't regard those principles as inviolate as he pretended to in his political rhetoric. (This is brought out very powerfully in Charles Adams's book, When in the Course of Human Events [Rowman & Littlefield, 2000].)

Another issue that concerns me is how many in the North seemed to be committed to state intervention in the economy, particularly protectionism and other types of restraint of trade. This in a country that supposedly was destined to secure liberty throughout the world by its excellent example! Yet those who promote protectionism and numerous other types of economic intervention by government evidently have little understanding of and commitment to individual liberty, even if at their hands the institution of slavery met its demise. (This is argued very forcefully in Professor Jeffrey Hummel's book, Emancipating Slaves, Enslaving Free Men [Open Court, 1996].)

Of course, history is never as clear-cut as it is taught in public schools, but, in this instance, something strange is afoot: While most people know that there is a controversy brewing among historians and other scholars as far as the precise reasons behind the American Civil War, the public education system has taken little or no notice of this at all.

Indeed, Lincoln is treated as an unqualified hero—yet, for instance, notice how it has become standard practice lately to call into question Thomas Jefferson's sincerity concerning individual rights because of his involvement with slavery! Even as people are decrying the attempts of nationalist teachers in Japan and Germany to distort the histories of their countries so as to paint things in a favorable light for them, there is hardly any outcry in the U.S. about the biased way in which young people are taught about the American Civil War.

There may be on upside to all of this, however—namely, on the lack of trust citizens will gradually come to have in their public or government educators. It may teach some of them that a monopolized educational system, run by politically appointed "educators," tends to become a system of indoctrination centers, not unlike how such a system is used by all statist regimes once they get in charge of it. This, in turn, will perhaps encourage enough folks to want to privatize primary and secondary public education, whereby the curriculum would open itself to diversification and include an approach to teaching about the Civil War that must contend with skepticism and nuance.

Tibor R. Machan teaches business ethics at Chapman University and is an adjunct scholar of the Ludwig von Mises Institute in Auburn, Alabama. See his Mises.org Archive or send him MAIL.