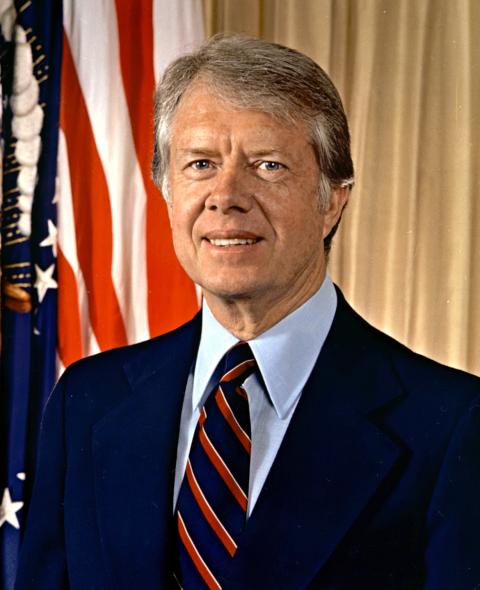 As the political season stumbles to a close, we need to remember that the historical relationship between economic policy, economic performance, and political rhetoric can be wildly unpredictable. For example, all these years later, it is worth reconsidering the presidency of Jimmy Carter, from 1977 to 1981. Many of the reforms that took place under his watch are responsible for at least some of the current prosperity.

Now, sitting in gasoline lines in 1973 and 1979 was no fun, and inflation, unemployment and general economic uncertainty seemed to rule during much of that period. We especially remember that during Carter's presidency a number of these awful things occurred simultaneously. In fact, these economic calamities plus the humiliating Iranian Hostage Crisis in 1979 and 1980 certainly contributed to his 1980 electoral defeat by Ronald Reagan and to the general conclusion that Carter's term as President of the United States was marked by failure.

In one sense, this is true. I was truly ecstatic in voting against Carter in 1980 and cheered his exit from the Oval Office. In retrospect, however, I believe that my judgment of the man was too harsh. Carter does not receive the due that should be coming to him regarding his economic record, and in many ways he is the real architect of our current prosperity, not the present set of clowns in the White House. That he does not receive more credit, I believe, is mostly due to the fact that Carter is nearly clueless about his own accomplishments and has never sought to promote them. In other words, we had a chief executive who could not tell the good from the bad about his administration.

While we marvel about this "New Economy" (which really isn't very new, nor is it indestructible, as some may think), we forget some of the reasons why opportunities abound that did not exist a decade ago. Some fundamental changes were made by Congress and the President of the United States two decades ago. The era of deregulation - while hardly complete, especially from an Austrian point of view - has enabled us to vastly expand our economic boundaries.

Republicans like to point to the failures of the Carter Administration and then claim that Ronald Reagan brought us into the present era. Alas, while I prefer Reagan to Carter, I cannot say that the above statement is true. Granted, much occurred during the Reagan Administration that was good, but if truth be known, many of the important initiatives that enabled those boundaries to expand came from Carter's presidency.

To understand the magnitude of change we have witnessed in the last 20 years or so, remember that in 1980 the Interstate Commerce Commission regulated both trucking and the railroads. "Ma Bell" had a nationwide monopoly in which long distance calls came through copper wires, each strand with the capacity of carrying 15 calls. (A single fiber optic line in use today can carry 2 million calls.)

Airlines had been "deregulated" for only two years. Government controlled the pricing and allocation of oil in the United States. "Regulation Q" and other restrictions on banks and financial institutions kept capital formation in the doldrums. Another way of putting it was that many sectors of this economy were more socialistic then than they are now.

Carter's administration played a large part in many of the deregulation efforts. Unfortunately, he usually only got it half right, which reflected his core statist philosophy.

Take oil deregulation, for example. By 1980, the oil situation in this country was critical. On the left, Carter's Democratic challenger Ted Kennedy was advocating outright nationalization of the oil industry. On the other side, Republican Ronald Reagan was calling for complete decontrol. Carter took the "middle road."

First, he announced gradual decontrol of oil prices and the phasing out of the Keystone-Cops like government allocation system. However, Carter also pushed a "Windfall Profits Tax" on the belief that decontrol would bring higher prices and, thus, higher profits to oil companies that "really don't deserve them." The Wall Street Journal so opposed Carter's oil tax that it published an editorial, "Death of Reason," on the day Congress passed the tax, bordering the editorial in black.

Full decontrol was scheduled to take place in the spring of 1981, but Reagan upon taking office lifted controls almost immediately, thus receiving credit for what was mostly the action of his predecessor. While Carter was mistaken in his belief that decontrol would automatically increase oil profits (many investors also made the same error), one must also recognize the political heat he took for his actions, especially from the left. Ralph Nader, who had endorsed Carter as a "breath of fresh air" just four years earlier, denounced oil decontrol as "the greatest anti-consumer action of this century" and predicted $600 a barrel oil by 1990.

Because deregulation ultimately had the opposite effect that its detractors had predicted (both oil prices and profits fell during the first half of the 1980s), public anger directed against oil companies subsided and within a short time, Congress was able to quietly repeal the so-called Windfall Profits Tax.

After deregulating airlines, the Carter Administration looked then to doing the same for trucking and railroads. In fact, Reagan received the endorsement from the Teamster's Union in exchange for his promise that he would delay deregulation of trucking. While the ICC was ultimately dismantled during the Reagan years, it is safe to say that the one who sealed its doom was Jimmy Carter.

It was the Carter Administration that also pushed the antitrust suit against AT&T, a move that ultimately led to the breakup of the telecommunications giant and the advent of new technologies and cheap long distance. This is NOT an endorsement of that suit. A better way to bring competition into the industry would have been to have deprived AT&T of its legal monopoly status. (Better yet, the monopoly privileges should never have been granted in the first place.)

However, that being said, one can see how Carter's actions have benefitted our present economy. Were we still living under the old transportation, oil, and telecommunications regimes, we would not have the greatly expanded economy that we enjoy today. By helping to open the telecommunications field to new firms and new technologies, the Carter Administration at least indirectly helped bring about the application of fiber optics. The old transportation regimes would not have allowed for the retail discounting that is so common today.

I would even go as far as to say that if the old regulatory regimes were still in place, our economy could not have absorbed the monetary growth that the Fed has recently encouraged. No doubt, prices would be rising as fast or faster today than they did in 1980, when the Consumer Price Index shot up by more than 13 percent.

Granted, the Carter Administration also gave us incredible economic stupidity. Carter continued to blame the oil companies for the oil crises of the 1970s, and it was his administration that gave us the abominable antitrust action against the cereal companies. (The Federal Trade Commission charged them with having a "shared monopoly" and said that "brand proliferation" of ready-to-eat breakfast cereals was done in violation of the law.) Nor did Carter have the sense and courage to drop the awful antitrust action against IBM. It took the Reagan Administration to drop the IBM and cereal cases, and to ease government actions against mergers.

The Carter Administration also gave greater power to the Federal Reserve System through the Depository Institutions and Monetary Control Act (DIDMCA) of 1980 which otherwise was a necessary first step in ending the harmful New Deal restrictions placed upon financial institutions. In fact, it would be safe to say that Reagan probably would have taken the necessary deregulatory steps had Carter kept all of the regulatory regimes in place.

However, Carter actually made it easier for Reagan to take the actions he did. If the Democrats wish to lionize one of their own as the "creator" of the "New Economy," they should be looking to Jimmy Carter, not Bill Clinton.