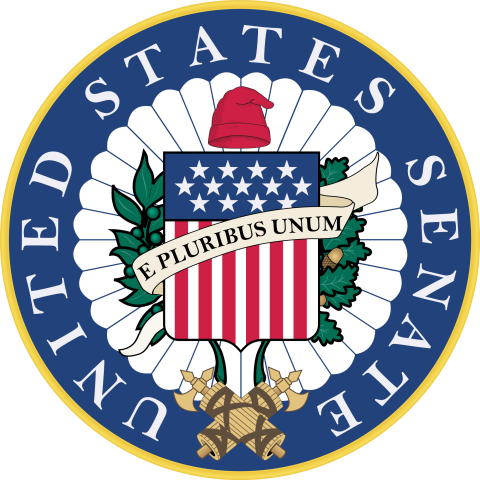 Nearing election time again, we are reminded that the there are no checks and balances available to the states over federal power or over Congress itself in any area. However, in the history of our country, it was not always this way. In the original design by the Framers of the U.S. Constitution, there was an effective check on Congress through the state legislatures' power to appoint (and remove) United States Senators.

As such, the core of the problem with state's rights issues lies in the passage of the 17th Amendment in 1913, which abrogated the state legislatures' right to appoint United States Senators in favor of popular election of those officials. This amendment created a fundamental structural problem which, irrespective of the political party in office, or the laws in effect at any one time, will result, over time, in expanding federal control in every area.

The 17th Amendment caused a failure in the federalist structure, federal deficit spending, inappropriate federal mandates, and federal control over a number of state institutions.

The reason for the passage of the 17th Amendment should be stated. The 17th Amendment was passed because of a procedural problem in the original concept and not because of a need to alter the balance of power. The procedural problem consisted of frequent deadlocks when the state legislatures were trying to select a senator. When deadlocked, a state would go without representation in the Senate.

For instance, in the very first Congress, the State of New York went without representation in the Senate for three months. Additionally, numerous other problems resulted from the efforts to resolve individual deadlocks. The problem of deadlocked legislatures continued unabated from 1787 until 1913.

The 17th Amendment should be repealed. This would reinstate the states' linkage to the federal political process and would, thereby, have the effect of elevating the present status of the state legislatures from that of lobbyists, to that of a partner in the federal political process. The state legislatures would then have the ability to decentralize power when appropriate.

The impact of the 17th Amendment upon that issue and the states' present ability to exercise the original power granted to them by the Framers of our Constitution is clear.

A proposed amendment to the U.S. Constitution, designed to repeal the 17th Amendment, follows:

SECTION ONE. The Seventeenth Article of Amendment to the Constitution of the United States is hereby repealed.

SECTION THREE. Among the duties of each Senator is the primary duty to represent the government of their State, and in particular, their State's Legislature, in the Senate. For the purpose of maintaining communications with its Senators, each State Legislature shall establish a liaison committee and shall specify the duties, procedures, and method of appointment of that committee. This committee shall work with its United States Senators in evaluating the impact of federal legislation on their State. All legislation proposed by Congress, and all treaties proposed, shall be submitted to each State's liaison committee.

SECTION FIVE. Congress is precluded from enacting any legislation affecting the senatorial selection process. Each State Legislature shall enact rules and procedures, consistent with this amendment, related to the selection and removal of Senators.

SECTION SIX. This amendment shall not be so construed as to affect the term of any Senator chosen before it becomes valid as part of the Constitution. The electors in each State shall have the qualifications requisite for electors of the most numerous branch of the State Legislatures.