GET NEWS AND ARTICLES IN YOUR INBOXPrint
A
A
Home | Mises Library | The Relentless Misery of 1.6 Gallons

The Relentless Misery of 1.6 Gallons 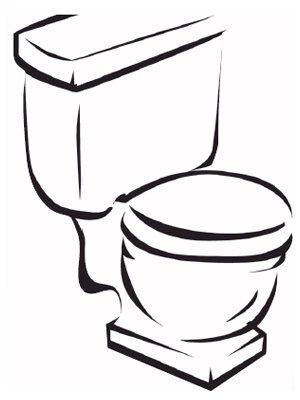 My order at my favorite Chinese takeout was taking too long. I stopped into the men's room. There I witnessed a common scene: the modern toilet disaster. An otherwise clean business had a restroom calamity on its hands, one so grim that I hesitate to describe it.

The conjectural history is not difficult to reconstruct. The toilet apparently had trouble flushing. There was a plunger by the toilet, of course, as we see everywhere today. The toilet was plunged to get rid of the obstruction, while the obstruction itself spilled all over the floor and stuck to the plunger too.

The customer probably left the ghastly scene in a rush. Management knew nothing. But now customers were coming and going into this bathroom, surely losing all inspiration to eat or order food.

It would be easy to blame the restaurant owners. What is with these people and why can't they at least have a clean restroom? But reacting this way would be unjust. The hidden hand behind this unsanitary calamity is the US government. The true origin of the mess was not in the hour before I arrived but back in 1994, after Congress passed the Energy Policy Act (passed in 1992).

This act, passed during an environmentalist hysteria, mandated that all toilets sold in the United States use no more than 1.6 gallons of water per flush. This was a devastating setback in the progress of civilization. The conventional toilet in the US ranges from 3.5 gallons to 5 gallons. The new law was enforced with fines and imprisonment.

For years, there was a vibrant black market for Canadian toilet tanks and a profitable smuggling operation in effect. This seems either to have subsided or to have gone so far underground that it doesn't make the news. I've searched the web in vain for evidence of any 3.5 or 5.0 gallon toilet tanks for sale through normal channels. I wonder what one of these fetches in the black market. This possible source has no prices and an uncertain locale.

The toilet manufacturers, meanwhile, are all touting their latest patented innovations as a reason for the reduced hysteria surrounding the toilet disaster. I suspect something different. We have all gotten used to a reduced standard of living — just as the people living in the Soviet Union became accustomed to cold apartments, long bread lines, and poor dental care. There is nothing about our standard of living that is intrinsic to our sense of how things ought to be. Let enough time pass and people forget things.

So let us remember way back when:

These were great cultural and civilizational achievements. In a state of nature, the problem of human waste and what to do about it is persistent. Do the wrong thing and you spread disease and misery.

Indoor plumbing since the time of the ancient world has been a sign of prosperity and human well-being. Indoor toilets that flow into a sewer have been around since 1500 B.C., but every new settlement of people in a new area presents the problem anew. In rural America, indoor toilets weren't common until the 1930s. That today everyone assumes them to be part of life is a testament to the creative power of economic progress.

What we have in these regulations passed since the 1990s is therefore a step backwards from a central aspiration of mankind to dispose of human waste in the best possible way. We have here an instance of government having forced society into a lower stage of existence.

Government has reduced us as people to the point that we either have to enter the black market to get good sewage or come to terms with living amidst periodic spreading of human waste all over our domestic and commercial environment.

Again, this is wholly unnecessary. Capitalism achieved something spectacular in waste disposal. Government came along and took it away from us. That's the story in a nutshell.

Today, every toilet company touts its latest innovations to overcome the problem. There are high-pressure blasters that run off electricity, designed to force a paltry 1.6 gallons of water through fast enough to make the difference. They are shockingly loud and scary. There are new shapes of tanks and new flow mechanisms that are said to compensate for the calamity, but this works only some of the time.

Each of these innovations is patented — meaning that a successful project cannot be copied and improved by other companies. So even if these are improvements, their distribution is limited and the successful aspects of them are not extended by others, for fear of patent lawsuits. The entire market is hobbled.

The result is an entire society of poorly working toilets and a life of adjustment to the omnipresence of human feces, all in a short 15 years. Thanks so much, Congress!

Of course the environmentalists are in on the whole project. They started telling us back in the 1970s that our large tanks were sheer waste. We should put bricks in them to save and conserve. If you didn't have a brick in your toilet, you were considered irresponsible and a social misfit. Eventually of course the brick became, in effect, a mandate, and finally toilets were reduced to one third of their previous size.

Back then, it was just assumed that toilet manufacturers cared nothing at all about wasting water. Surely there was no rationale at all for why they consumed five gallons per flush as opposed to 1.6 gallons. This is just capitalist excess and down with it!

Well, think again: there was wisdom in those old designs. The environmentalists didn't account for the present reality in which people typically flush twice, three times, or even four times during a single toilet event. Whether or not this ends up using more or less in the long run is entirely an empirical question, but let us just suppose that the new microtanks do indeed save water. In the same way, letting people die of infections conserves antibiotics, not brushing teeth conserves toothpaste, and not using anesthesia during surgery conserves needles and syringes.

Here is the truth that environmentalists do not face: Sometimes conserving is not a good idea. There are some life activities that cry out for the expenditure of resources, even in the most generous possible way. I would count waste disposal as one of those.

It is also possible that some people just like to get their kicks out of spreading misery and making it impossible for us to enjoy a clean and prosperous life. Like Puritans of old, they see virtue in suffering and would like to see ever more of it. It sounds perverse, but such an ethos does exist. And clearly, government doesn't care in the slightest.

There are many tragedies associated with the toilet calamity. There are private embarrassments at guest houses and disgust at every turn. Many of the customers at that Chinese takeout probably blame the owners, who themselves are probably mystified as to why toilets in communist China probably worked just fine but in capitalist America are throwing filth all over their restaurant.

It's the hidden hand of government that has mandated this leap back to barbarism.