Refugees and Migrants in a World of Government Meddling 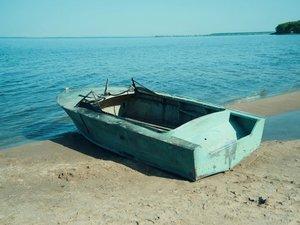 [Updated Author’s Note: The issue of immigration has only become more pressing over the ten years that have passed since this article’s original publication. And, unfortunately, the libertarian movement has not reached a consensus on this issue. But it should be easy, considering how government is at both ends of the problem: government is the number one reason people choose to escape their countries, whether because of governments’ war or devastating poverty due to the lack of opportunities in regulated markets; and government is the reason ordinary people, in a desperate state because their lives have been forcefully uprooted, have a hard time choosing where to lead their lives in peace. The desperation is due to the so-called “failings” of their own governments, and augmented by ours.

I too have fled my country, though not because I’m fearing for my life but because I sought a better life and greater opportunities. While the immigration issue generally focuses on people from poor countries with little skill or education, it is hardly the case that governments welcome people at the other end of the spectrum: the highly productive, highly educated, and hard-working. On the contrary, government is the least forgiving, least reasonable, and most costly when it deals with non-citizens — those who cannot hold government officials accountable in any sense and do not have a voice. This should make immigration a prime target for the libertarian argument for freedom, peace, and property.]

Immigration Controls and the State

The pre-1914 world saw no immigration issues or policies, and no real border controls. Instead, there was free movement in the real sense; there were no questions asked, people were treated respectfully and one did not even need official documents to enter or leave a country. This all changed with the First World War, after which states seem to compete with having the least humane view on foreigners seeking refuge within its territory.

The “immigration policies” of modern states is yet another licensing scheme of the twentieth century: the state has enforced licensing of movement. It is virtually impossible to move across the artificial boundaries of the state’s territory in the search for opportunity, love, or work; one needs a state-issued license to move one’s body, be it across a river, over a mountain, or through a forest. The Berlin Wall may be gone, but the basic principle of it lives and thrives.

Immigration controls are not different from other kinds of licensing even though it has been awarded a special name. Licensing has the same result regardless of what is licensed: licensing of physicians causes poor health care at higher cost just as licensing taxi businesses causes poor and untimely service at high cost — licensing on movement means restricted freedom and higher taxes for people (whether “citizens” or “foreigners”). From a libertarian point of view it should be clear that all licensing needs to be done away with, including licensing for immigrants.

Yet the immigration issue seems to be somewhat of a divide within libertarianism, with two seemingly conflicting views on how to deal with population growth through immigration. On the one hand, it is not possible as a libertarian to support a regulated immigration policy, since government itself is never legitimate. This is the somewhat classical libertarian standpoint on immigration: open borders.

On the other hand, the theory of natural rights and, especially, private property rights tells us anyone could move anywhere — but they need first to purchase their own piece of land on which to live or obtain necessary permission from the owner. Otherwise immigration becomes a violation of property rights, a trespass. This is an interpretation of a libertarian-principled immigration policy presented by Hans-Hermann Hoppe a few years ago, which since then has gained increasing recognition and support.

To a non-libertarian bystander, the discussion of the two alternatives must seem quite absurd. What is the use of this libertarian idea of liberty, if people cannot agree on a simple issue such as immigration? I intend to show that the libertarian idea is as powerful as we claim, and that there is no reason we should not be able to reach consensus on the immigration issue. Both sides in this debate, the anti-government-policy as well as the pro-private-property, somehow fail to realize there is no real contradiction in their views.

The people advocating “open borders” in the immigration issue argue state borders are artificial, they are creations based on the coercive powers of the state, and therefore nothing about them can be legitimate. As things are, we should not (or, rather: cannot) regulate immigration. Everyone has a right to settle down and live wherever they wish. This is a matter of natural right; no one enjoys the right to force his decision upon me unless it is an act of self-defense when I am violating his rights.

In a world order based on natural rights, this would be true. It is a golden rule, a universal rule of thumb proscribing that I’ll leave you alone if you leave me alone; if you attack me or try to force something or someone on me, I have a right to use force to defend myself and what is mine.

The problem with this idea is that it has too much of a macro perspective. While arguing there should be no states and therefore no state borders, it presents arguments with an intellectual point of departure in the division of mankind into territorial nationalities and ethnicity. It is simply not possible to make conclusions on immigration to, say, the United States, if we start our argument from the libertarian idea. What is “immigration” in a world with no states?

A less macro view on immigration is taken for granted in the pro-property argument. Here, the individual’s natural right to make his own choices and his right to personal property is the point of departure. Since we all have in our power to create value through putting our minds and bodies to work, we also enjoy a natural right to do as we please with that which we have created and place ourselves wherever we have property owners or guests. Or, as Hoppe puts it, “[i]n a natural order, immigration is a person's migration from one neighborhood-community into a different one.”

Consequently, the immigration issue is in real terms solved through the many choices made by sovereign individuals; how they act and interact in order to achieve their goals. There can simply be no immigration policy, since there is no government — only individuals, their actions and their rights (to property). The “open borders” argument is therefore not only irrelevant, since it has a macro point of view; it also fails to realize property rights as a natural regulation of movement. Since all property must be owned and created by the individual, government cannot own property. Furthermore, the property currently in government control was once stolen from individuals — and should be returned the second the state is abolished since property rights are absolute. There is consequently no unowned land to be homesteaded in the Western world, and so “open borders” is in essence a meaningless concept.

Immigration will thus be naturally restricted in a free society, since all landed property (at least in the Western world) is rightfully owned by self-owning individuals. Just like Nozick argues in his magnum opus Anarchy, State, and Utopia, a society based on natural rights should honor property rights in absolute terms, and therefore the rightful owners of each piece of property should be identified despite the fact that humankind has been plundered by a parasitic class for centuries.

What is to be considered just property when the welfare-warfare state is eventually abolished is not at all clear. Can one take for granted that the subjects (citizens) of a certain state have the right to an equal share of what is currently controlled by the government? Are they, at all, the rightful owners to what they currently control with the state’s legal protection? If we intend to seek the just origin of property, we need to roll back all transactions until the times before the modern state, before monarchies and feudalism, and probably to a time before the city states of ancient Greece. If we do, how should we consider the produced values of the generations we’ve effectively dismissed?

There is probably no way to sort out this unbelievable mess along the lines of absolute property rights. It should be dealt with this way, but I dare say it will be a practical issue when we get to that point, rather than a philosophical one.

Another problem of immigration and property arises from the social welfare system financed by money extorted from citizens. With the open borders argument, private property rights might be undermined even further if immigrants are entitled to special rights such as housing, social security, minority status and rights, etc. Also, immigrants will automatically become part of the parasitic masses through enjoying the common right to use public roads, public schooling, and public health care — while not paying for it (yet).

It is deceivingly simple to claim all of the state’s subjects have just claims to “state property” since they are entitled to retribution for years of rights violations. This is, however, only part of the truth. It is also a matter of fact that all private production to some degree is part of the rights violation process, with direct state support through subsidies, tax breaks, patent laws, police protection, etc., or indirectly through state meddling with currency exchange rates, “protective” state legislation, through using publicly-owned and maintained property and services for transportation, and so on. There is simply no such thing as just private property anymore in the philosophical sense.

Therefore, it is impossible to say immigrants would be parasites to a greater degree than, e.g., Bill Gates: the Microsoft Corporation has benefited greatly thanks to state regulation of the market, but has also been severely punished in a number of ways. We are all both victims and beneficiaries. Of course, one might argue that forced benefits are not really benefits, but only one aspect of oppression. Well, in that case it would also be true for immigrants, who too are or will be victims of the state (but perhaps not for as long as you and I).

A Libertarian Stand on Immigration

We must not forget libertarianism is not a teleological dogma striving for a certain end; it rather sees individual freedom and rights as the natural point of departure for a just society. When people are truly free, whatever will be will be. Hence, the question is not what the effects of a certain immigration policy would be, but whether there should be one at all.

There is no conflict between these views, except when each perspective is presented as a policy to be enforced by the state. With the state as it is today, should we as libertarians champion open borders or enforced property rights (with citizens’ claims on “state property”)? Both views are equally troublesome when applied within the framework of the state, but they do not contradict each other; they are not opposites.