Recent Economic Data Shows the Good Side of Deflation 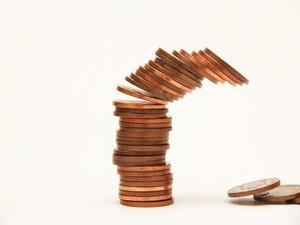 The Fed, the ECB, and the Bank of England repeatedly tell us that deflation is extremely dangerous for an economy. Central bankers, most economists, and the media speak of deflation as one of the greatest disasters that can strike an economy.

It is stunning then, given the apparent importance of the subject — and the possible collateral damage of pro-inflation policies — that few seem to bother to ask the deeper, fundamental question: does the historical data show that deflation is actually a terrible thing? The data suggests that it is not. In fact, looking at recent GDP, inflation, and employment data, one could even say that a shot of deflation is what many economies need. Let us take a look at the recent real-life examples.

Japan is the only Western country that has experienced protracted deflation in recent decades. According to those with deflation-phobia, deflation is a disaster in part because it causes households to postpone their spending, leading to falling consumption and high unemployment. Thus, Japan should be a country characterized by high unemployment, everything but a bustling shopping scene, and a much lower standard of living than, say, twenty years ago. Japan should also be absent from every international comparison of economies in terms of innovation. Instead, Japan features at least in the top 5 of every ranking of the most innovative countries in the world, consumption has increased in spite of years of falling prices, the unemployment rate is lower than 4 percent, and Japanese streets are filled with shops selling everything known to man.

Of course, the Japanese experience with deflation might just be an exception to the rule. Luckily, we have data for other economies as well.

In the eurozone, there are two countries that recently have fallen into deflation. In Greece, prices have been falling since the beginning of 2013. In Spain, the annual inflation rate started to nosedive at the end of the spring 2013 and it fell sharply, to 0 percent, in the autumn of the same year. It has stayed there ever since, dipping below zero in the summer of 2014.

If we take a look at the GDP growth in Greece, we find out that in the first quarter of 2013 it shrunk by a staggering 5.8 percent. In all subsequent quarters of that year, the Greek GDP continued to shrink, but the rate at which it did so decreased. In the first quarter of 2014 the economy lost just 0.4 percent of its size. That was the last quarter the Greek GDP shrank. Since then, economic growth has returned, first at only 0.4 percent, but soon the growth rate rose to almost 2 percent. So the economy started to recover at the same time the prices started to fall.

In Spain we see the same scenario unfolding. At the end of January of 2015, Spain reported 0.7 percent economic growth in the final quarter of 2014, the highest growth percentage in seven years. When we plot the growth of the Spanish GDP in recent years, we see that the rate of decline started to slow in the first quarter of 2013 and the economy actually started to grow in the third quarter of that year. The Spanish GDP has been growing ever since and the growth rate has been picking up: from 0.2 percent in the third quarter of 2013 to 0.7 percent in the last three months of 2014. As in the case of Greece, one can make the case that the economic recovery coincides with the moment the prices started to fall sharply and the recovery took off when the inflation rate turned negative.

Further up in the north of the eurozone, in the Netherlands, the inflation rate started its rapid decent in the summer of 2013. The annual rate of inflation fell from more than 3 percent to 1.5 percent in just a couple of months and then some more. In less than a year, the inflation rate dropped from more than 3 percent to almost 0 percent and has been hovering just above that level until recently, when the prices fell even below 0 percent.

When we plot the unemployment rate, consumer confidence and consumer spending in the Netherlands in the same graph as the annual inflation rate, we see the same pattern we have seen in Greece and Spain: almost at the same time the inflation rate tanked, consumer spending started to increase faster (it even increased at the fastest rate in years at one point), the unemployment rate started to fall and the consumer confidence staged a strong recovery. The GDP, which was contracting in every quarter starting with the beginning of 2012, started its ascent in the third quarter of 2013 and has returned to positive territory in the final months of 2013 where it has been ever since.

The Benefits of Falling Prices

Why do these developments contradict what we’ve been hearing from central bankers and economists? First of all, the general inflation rate started to decline mainly due to a fall or a relatively modest increase of food prices, for example. Then, in the last couple of months, the sharp fall in oil prices pushed the energy-category of the inflation basket sharply lower. Food and energy are the two categories people spend a large part of their money on. If they need less money for those things, they can spend more on other goods and services. After years of tax hikes and other assaults on their income, people in various eurozone countries actually started to have more money to spend in real terms. In the Netherlands for example, the fall of inflation had led to something the Dutch had not experienced in years: their wages rose faster than prices. Still, central bankers refuse to acknowledge this and keep going on about the danger of deflation, often referring to the Great Depression.

At the same time, one thing we know for sure about deflation is that it increases the debt burden in real terms. So, one cannot help but wonder whether this insistence on deflation as the reason for quantitative easing in the eurozone has anything to do with the fact that many euro area governments carry a large debt which would become even larger with protracted deflation. Central banks are throwing everything at falling prices, something Joe Average actually needs badly.

Recently I spoke to the legendary former chairman of the Fed, Paul Volcker. According to Volcker “the idea that when people see prices falling they will stop buying those cheaper goods or cheaper food does not make much sense. And aiming for 2 percent inflation every year means that after a decade prices are more than 25 percent higher and the price level doubles every generation. That is not price stability, yet they call it price stability. I just do not understand central banks wanting a little inflation.”

Perhaps the central bankers and economists from all over the world should take a break from the theory and their focus on economic models and instead have a look at the real world and spend some time talking to Volcker in order to remember that deflation is not the disaster they imagine it to be.

Edin Mujagic has a Master’s degree in macro and monetary economics from Tilburg University (The Netherlands) and is an independent macro-economist and author of Money Murder: How the Central Banks Are Destroying Our Money (published in Dutch, as Geldmoord). He is the youngest-ever member of the Monetaire Kring (Monetary Circle) in the Netherlands, a by-invitation-only policy forum of university professors and senior officials at the central bank, ministry of Finance, banks, pension funds and other financial institutions.