The Question of the Cable Monopoly 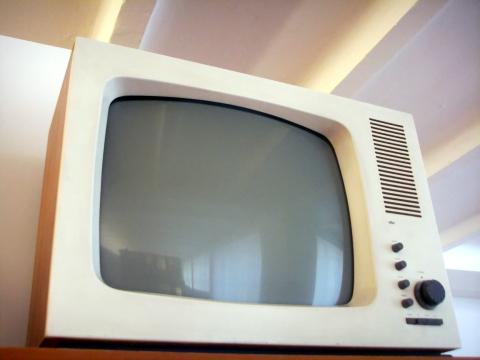 It is now common to hear about failures in privatization and deregulation, with even the New York blackout being blamed on too-little government (even though electric utilities are still heavily regulated). Of course, every reduction of government intervention in commerce has its critics. Partial deregulation of the type that has occurred in utilities, which leaves in place many regulations that hinder market competition, invites such criticism.

The cable industry is no exception. The Telecommunications Act of 1996 promised much, and has delivered results that have some quite upset. Some at the US Public Interest Research Group (PIRG) fit this description. This organization recently published a report on how privatization in cable TV has failed to benefit consumers, and has in fact, promoted monopoly exploitation of consumers.

Much of this report uses the type of analysis that one will readily find in college classes on economics. The interpretation of recent events in the cable industry is, however, questionable. There also appears to be more than just conventional economic analysis behind this report.

PIRG claims that the Telecommunications Act of 1996 left cable subscribers without protection from unrestricted rate hikes. On March 31, 1999 this act ended Federal Price Regulation. Since then rates have skyrocketed and service has declined1. There has been increased concentration and vertical integration in this industry. The top ten cable providers sell to 85% of cable subscribers. Three of these serve 56%. Cost reductions stemming from the consolidation of this industry have not translated into lower rates. In areas where there is a second provider, rates are 17% lower. This does not happen very often. Based on this evidence, it would appear that privatization has failed to produce anything but greater monopolization for this industry.

While there is evidence suggesting that consumers are worse off now than before the Telecommunications Act of 1996, the idea that this is simply a failure of privatization is not clear. In fact, the explanations offered by PIRG suggest the possibility that the problem in the cable industry might be one of partial privatization or too little deregulation.

One factor that this report mentions is vertical integration. This is not the most convincing argument for the existence of monopoly pricing in private markets2. This report discusses various other "anticompetitive practices" by the cable industry, and asserts that they have succeeded in restricting competition for monopolistic purposes. It also dismisses the notion that Direct Broadcast Satellite providers offer real competition. The evidence they cite here indicates that to some extent, cable providers have simply done a better job than satellite providers in servicing their customers3. These arguments do not make a clear case for increased regulation.

While it is certainly true that private businesses want to avoid competition so they can increase their profits, it is not clear that private industry can monopolize markets on their own. Government promotes monopolies rather than limiting them.

The oddest part of this report is that while it concludes that privatization is a failure, it also provides solid evidence showing that remaining regulations were at least part of the problem. Indeed, the authors of this report have grossly misinterpreted their own data. Evidence of increased prices and industry concentration does not itself prove that private markets have failed. Government failure is just as possible. The examples they list in their own report of regulators assisting cable providers in limiting competition indicate that government failure is a large part of the problems in this industry.

This report admits that in the days when cable was challenging airwave broadcasters, regulators "did not hesitate to grant exclusive franchises to cable operators"4. It speaks specifically of a long history of successful regulatory lobbying by the cable industry. This report claims that lobbying of regulators resulted in a variety of tactics to deter competition (p. 35). It claims that regulators protected and favored cable incumbents for years. Licensing policies have directly or effectively barred competition in many local markets (p. 44). Such practices are no longer official, but cable companies still succeed in enlisting the help of regulators to bar direct competition (p. 44). Incumbent cable companies have also gotten regulators to use "level playing field laws" to increase the costs of entering the cable market (p. 45). Cable companies have also saddled new competitors with disproportionate shares of subsidies for public education and government programming (p. 45). The cable industry has also succeeded in getting the FCC to quash new competitors with prices for leased access no competitor "could pay and remain commercially viable" (p. 47).

Economists George Stigler and Sam Peltzman have shown how private businesses can capture regulators to secure monopoly status. Fred McChesney has shown how regulators can use regulations to extract rents. Mancur Olson has shown how concentrated interests (like cable companies) have a distinct advantage over diffuse interests (like TV consumers). Increased regulation may benefit narrow interests in private industry rather than consumers. Sections of this report indicate that this theory has been put into practice by the cable industry.

While the conclusions of this report are questionable, the intentions behind what this report recommends are unmistakable. The authors of this report want increased regulation, albeit at the local level. Also, this report recommends that "Citizen-Viewers" should have a direct voice in cable regulation and should be able to create well-funded news and public affairs channels. There should be local channels around which consumer interest groups organize and advocate pro-consumer and pro-democracy media policy.

The authors of this report are, in fact, concerned with the influence that private media interests have in influencing public opinion. One of them declared that such interests limit opinions that harm their interests. Oddly enough, I heard him make this claim on cable TV. Apparently, cable TV censors dropped the ball for once by allowing these persons to discuss their report on CSPAN.

Calls for empowering "citizen viewers" in this report reveal that its authors had more than notions of market failure in mind when writing this report. They apparently hold populist ideals very closely. This might also explain why they construe clear examples of government failure as failures of privatization. They exhibit the naiveté of persons who refuse to think critically regarding revered institutions, even when confronted directly by negative evidence. Collective action and informational problems do plague the democratic process, as is apparent in this report. PIRG is obviously very much in favor of democracy. This is not in itself a bad thing. However, one should not allow such sentiments to cloud any important issue.

It is also the case that the economic concepts employed in this report depend upon a static notion of competition. In competitive equilibrium, markets deliver ideal results. It is easy to show that no real market has perfect competition. Showing that governmental intervention can improve upon the market process is another matter. As F.A. Hayek and Ludwig von Mises taught us, markets are dynamic and ever changing. Competition in markets reveals data to us about what people want, what resources are available to satisfy consumers, and how much consumers are willing to pay. Governmental regulators do not simply know what competitive prices are, and are themselves often subject to perverse political incentives. They may be neither able nor willing to act in the interests of consumers.

The authors of the recent PIRG report on the cable industry obviously have strong convictions. They believe that greater public involvement in the media will lead to better economic efficiency and improved public dialogue. In the extreme this approach leads to the establishment of a Pravda type of media system. In the less extreme form that we currently have, we have retained variety of opinion, but might, it seems, be paying too much. The people at PIRG believe that a few more steps towards politicizing the media are a good idea, but there are very sound reasons to think otherwise.

Actual experience with partial privatization indicated that the part of the regulatory structure that remained in place served to enable incumbent cable providers to raise their rates without fear of new competition. This is because cable services are typically granted special treated at the local level and work to saddle potential competitors with regulatory burdens.

Of course, complete privatization would not lead to ideal results, but this could well unravel most of the anticompetitive practices that exist in the cable industry. The lesson that we should draw from the results of the Telecommunications Act of 1996 is that efforts to partially privatize the industry are likely to retain those elements of regulations that benefit concentrated interests in business most. This being the case, we should press deregulation further, and should also view calls for increased regulation with great suspicion.

Truly free markets offer a promising and little tried alternative to the failed political enterprises of the past. Rather than repeat our errors, we should learn from them and embrace what the free market has to offer: relative economic efficiency and the respect of individual liberty.

The Failure of Cable Deregulation US Public Interest Research Group August 2003.Coase, Ronald. 1988 [1937]. "The Nature of the Firm," The Firm the Market, and the Law.Grossman and Hart. 1986. "The Costs and Benefits of Ownership: A Theory of Vertical and Lateral Integration," Journal of Political Economy vol. 94, no. 4 (August), 691–719.Hayek F.A. 1977. "Competition as a Discovery Procedure," New Studies in Philosophy, Politics, Economics, and the History of Ideas.Mises, Ludwig. 1949. Human Action, a Treatise on Economics. Fox and Wilkes.McChesney, Fred. 1997. Money for Nothing. Harvard University Press.Olson, Mancur. [1971] 1965. The Logic of Collective Action. Harvard University Press.Peltzman, Sam.  "Toward a More General Theory of Regulation," Journal of Law and Economics 1976.Stigler, George. 1971. "The Theory of Regulation," Bell J. Econ. Man. Sci. 2:3–21.