Profits in a Market Economy 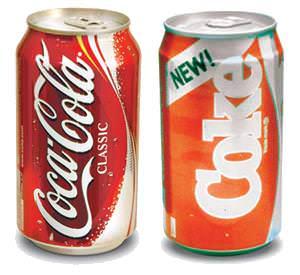 Contrary to public opinion, profits do not embody "exploitation" of laborers or customers. Profits embody information in the form of a lucrative reward for the entrepreneur or capitalist who is able to combine labor, capital goods, and other inputs in such a way as to produce an output that consumers value more highly than they value the inputs in another configuration. In plain English, the Coca-Cola Company earns profits because people are willing to pay a dollar for a two-liter bottle of Coke that may only cost ninety cents to produce. Profits are the rewards enjoyed by Coca-Cola for producing a product that people want to buy at a price they are willing to pay.

In contrast, not all entrepreneurial endeavors are necessarily successful. One of the greatest entrepreneurial failures of the late 20th century occurred when Coca-Cola reformulated its product and introduced "New Coke," which had been made sweeter so that it would taste more like Pepsi. New Coke was a disaster of epic proportions, and the widespread rumor that New Coke was a conspiracy on the part of the Coca-Cola Company to lay the groundwork for a triumphal reintroduction of "Coca-Cola Classic" is apparently false, at least according to www.snopes.com. New Coke was a loser, and the Coca-Cola Company paid dearly.

Just as profits reward producers for making things people want to buy at prices they are willing to pay, losses punish producers for producing things people don't want at a cost consumers are not willing to cover. Losses are the market's way of punishing producers for wasting resources. Those who sustain losses long enough will grow tired of being slapped around by the invisible hand and will eventually remove themselves to somewhere they will cause no further damage.

This sounds harsh, but let's illustrate with an example. Suppose that your friend Sally opens a company that produces Sally's Salt-and-Sauerkraut Super Smoothies, which are fruit-and-yogurt smoothies made with (you guessed it) salt and sauerkraut. Most of us would expect that the product would bomb completely, and your friend would be sitting with unsold inventories of Sally's Salt-and-Sauerkraut Super Smoothies. To produce the Smoothies, Sally needed salt, sauerkraut, fruit, yogurt, plastic bottles, time, labor, and capital. The losses she suffers are the market's way of telling her that she has wasted salt (which might be better used to make salt-and-vinegar potato chips), she has wasted sauerkraut (which might be better used as a complement to Polish sausage), and so on.

It may very well be that Sally just hit a patch of bad luck and, after disposing of her inventory (which she might have to pay someone to take, or which she might be able to unload to our friends at Fear Factor), Sally might hit the big time with a different kind of Super Smoothie. If she fails again (say by producing instead Mackerel-and-Mustard Super Smoothies), she will eventually find herself pushed by the invisible hand into an occupation where she can use her powers for good.[1]

Profits and losses ensure that in a market economy resources are allocated to their highest-valued uses by rewarding those who create wealth and by punishing those who destroy it. Contrast this with what would take place under a centralized system where there are no profits and losses. In his short book Economic Development, John Kenneth Galbraith (who in many ways embodied and popularized the Keynesian consensus of the late 20th century, and who was a great proponent of economic planning) offers as an example a conspicuous entrepreneurial failure by the Ford Motor Company. While he does not mention the specific car by name, one can assume he is referring to the Edsel. According to Galbraith, "(g)reat outlays were made on the theory that the public wanted a very large vehicle with something of the physiognomy of a surprised frog."[2] Galbraith goes on to say that if Ford Motor Company were a state-owned corporation, future incarnations of their automobiles would likely have to pass an inspection by a centralized Board of Automotive Aesthetics or something similar. Given that there is no universal standard as to what constitutes an aesthetically pleasing vehicle, it would be literally impossible for the board to reach a conclusion. I love the deeply used Saturn that I bought over the summer. Some people are willing to sacrifice a lot to drive a luxury sports car. Some swear by hybrids, still others love large trucks. Others ride their bikes. There's no way to "solve" the problem of producing the ideal vehicle, but in a market economy, there is room for all of us.

[1] Exhaustive discussions of profit and loss in a market economy are available from Ludwig von Mises and Murray N. Rothbard.