Profits Do Not Cause High Prices 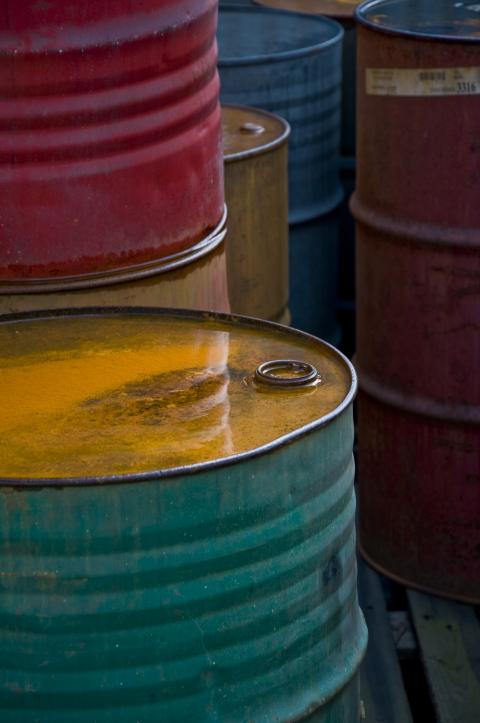 With gasoline prices rising above $2 a gallon for unleaded regular, it was only a matter of time before the politicians would start "connecting the dots" as to why prices are where they are today, or at least why they believe the current situation exists. In a recent pronouncement, John Kerry's campaign declared that consumers are being gouged because "oil companies are raking in record profits." In other words, the high prices exist because oil companies are being profitable.

(Indeed, to "fight" against the inflation that plagued his presidential term, Carter's "inflation czar" Alfred Kahn of Cornell University announced a "voluntary" wage/price/profit plan. Firms that wished to do business with the government first had to demonstrate their "anti-inflation" credentials by raising prices and wages by six percent or less annually and by earning six percent or less in profits. In other words, according to Kahn, "high" business profits significantly contributed to inflation.)

To be fair, Kerry's campaign is not blaming the gasoline price increases solely upon increased oil company profits, but the fact that his spokesmen have included oil profits as a culprit is cause for concern. The higher profits that oil companies now are enjoying have not caused the high prices; instead, they are a temporary manifestation of what has been occurring in the petroleum markets and are the result of factors that for the most part are beyond the control of oil executives.

Over the past few years, I have written a number of articles on this page concerning oil and gasoline prices, including a recent piece dealing with the most recent price hikes. The purpose of this article, however, is not to explain why oil prices are increasing, but rather to point out why those increases are not being caused by higher oil company profits. Furthermore, I explain why profits cannot contribute to higher prices, period.

The first thing to remember is that profits are residual income. That is, they are calculated after the fact. Another way to put it is to say that because profits ultimately are figured by subtracting total costs from total revenues during a given period, one can know what profits might be only after costs and revenues have been identified.

As a simple example, assume that my children open a lemonade stand. After paying $5 for the ingredients, they sell enough lemonade at the end of the day to make $15. Now, that does not mean they have earned $10 in profits, since one assumes that the value of the time the children spent there was not zero. (They could have engaged in other activities that now are foregone because they chose to sit all day at their lemonade stand.)

For now, we will assume that the opportunity cost of their time is $5, which now gives them a residual of $5. If, at the end of the day, the children decide that they would like to earn more profits, they have two choices. They could (1) test the market to see if tomorrow's customers will be willing to pay a higher price per glass (and still purchase enough lemonade that would increase revenues—the "elasticity" test, (2) find ways to cut their costs so there would be a larger cushion between what they paid for the ingredients and what they gained in revenues.

The potential success of their little business also would depend upon other factors, such as weather and location. The former condition is something over which they have no control, while their options for the latter also are somewhat limited.

Assume that they raise their prices and, at the end of the day, their revenues are $20. Assuming the other costs remain constant, their end-of-the day profit now is $15. Does this mean (1) that the higher profits caused the higher prices, and (2) have they "gouged" consumers of lemonade?

The answer to (1) obviously is no. Higher revenues gained from the fact that they were able to raise prices but not lose customers enabled them to earn higher profits for the day. As for (2), the answer still is no. After all, the pejorative term "price gouging" simply means raising prices in the face of increased demand for a good, of a decreased supply of that good, or a combination of changes in demand and the relative supply.

Taking the example further, assume that when they purchase those ingredients, the weather is cool. However, a day later when they open their lemonade stand, it is the hottest day of the year, and people who ordinarily would not purchase lemonade now are lined up to buy. Assuming that the supply holds out (a heroic assumption to be sure, but it works for this example), they are going to have more revenues than normal even if they had decided to keep prices where they were when the average revenues were $15 a day. Again, profits are increased because of increased demand for their product.

The typical response one might receive from the "man on the street" (or a politician) would be this: If the prices of lemonade ingredients increase, then the children will raise lemonade prices and pass the increases through to consumers. However, such an analysis is incorrect, even though government policies often are made with the assumption that it is a truism.

The children could successfully raise prices only if their customers would permit that to occur. With higher prices surely would come fewer customers (unless the children originally were charging less than what the customers were willing to pay). After all, the youngsters can make lemonade and they can offer it for sale; they cannot force people to buy it.

All this is fine, the reader might say, but oil and lemonade are two different goods, so different rules apply. The answer is a simple no. If both oil and lemonade are scarce goods—which they are, prima facie—then they are subject to the same laws of economics. After all, it is the universality of economic laws that enable economists to assess a given situation and provide coherent answers.

Current oil markets are not confounding the laws of economics. We have two things at work, the first being demand for products that come from crude oil, and, second, issues of relative supply both of the raw products and finished products like gasoline. As noted in previous articles, U.S. politicians have worked overtime to place barriers in front of those seeking to produce and sell goods made from petroleum—and then are shocked, SHOCKED when prices of those goods are rising.

The current situation is not difficult to explain. On the demand side, we have a recovering economy in the USA (at least for the time being), as well as strong increased demand for petroleum products in Asia, and especially China. Summer travel always increases demand for gasoline, so even when supplies are static, prices for gas usually go up during the summer months, and especially around the July 4 holiday.

To better explain the situation at hand, however, Austrian economic theory is needed. First, as Carl Menger and then others like Ludwig von Mises and Murray Rothbard pointed out in their own works, the markets for final goods like gasoline also drive the markets for goods of "higher order," such as petroleum, which derives its value from the value of the goods of lower order that are produced from it. To put it another way, gasoline prices are not increasing because crude oil is more expensive. Such analysis, which was the hallmark of the so-called classical economists, simply is wrong and wrongheaded.

Gasoline does not derive its "value" from petroleum. Instead, petroleum is valuable because it can be converted into products like gasoline, nylon, and heating oil. After all, people had known about petroleum for thousands of years before someone actually was able to make useful products from it. In past times, crude oil usually was considered to be a nuisance, a condition that changed only when people found ways to create products from it that people wished to buy.

Second, the accusations from the Kerry campaign and other critics of the oil industry turn economic analysis on its head. Higher prices do not arise because oil companies suddenly have become profitable. If that were true, then how could one explain that over the past two decades, oil company profits have been lower than overall average business profits?

As Rothbard writes in Man, Economy, and State, economic profits exist because of temporarily underpriced factors of production. In the case of oil companies, the economic profits occur because they purchase crude oil at a price which is supported by gasoline prices at, say $1.50 a gallon. However, increases in demand for gasoline enable producers to charge higher prices for that product than were originally anticipated, giving them a temporary profit. Of course, once crude oil prices rise in response to the increased demand, then that small window of profit is gone unless consumer demand brings up gasoline prices again.

To put it another way, the current rise of profitability in the oil industry is temporary. At the same time, the U.S. Government, through environmental and tax policies, is doing all it can to make gasoline artificially scarce. As noted in a previous article, it has been about 30 years since an oil refinery was built in this country. Furthermore, environmental laws both encourage the importation of gasoline into the USA, but also discourage foreign producers from making the products that must comply with a crazy quilt of air quality regulations. That is nothing less than a prescription for very limited supplies of gas, with substantially higher prices becoming the norm.

Most people instinctively understand that limited supplies of a product that is heavily in demand will mean higher prices. What they do not readily understand is the chain of causality, especially when business profits are involved. The Kerry camp—as well as most members of the political classes—usually get it wrong. It is the Austrians, not surprisingly, who best comprehend the particular dynamics of the oil markets. Unfortunately, policymakers for the most part do not wish to listen to the Austrians, which means, in the end, that consumers will pay the price for the government's refusal to listen to simple, economic logic.