The Problem with Right-to-Work Laws 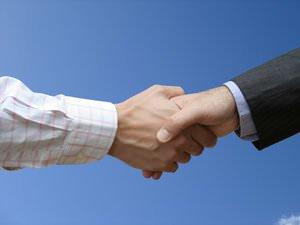 One area where many otherwise-correct free-market thinkers and libertarians stumble is in the area of right-to-work laws, now gaining considerable popularity across the nation. These laws come in a variety of forms, but in most cases a state that adopts right-to-work laws makes it illegal for employers to require union membership as a condition of employment. So far, twenty-four states have adopted these laws and the state legislature in Missouri has plans to make that state a right-to-work state sometime early next year.

Right-to-work laws are attractive to some because they help undercut the monopoly powers granted to labor unions by government. They also appeal to the more pragmatic minded because of the distinct improvements in economic growth. A recent study by the National Institute of Labor Relations Research found that, over a ten year period, states with right-to-work laws experience significant growth in manufacturing output and GDP compared to non-right-to-work states. This is, of course, the result we would expect from diminishing the power of government-created monopolies such as those granted to labor unions.

But utilitarian concerns aside, free-market advocates must ask whether these laws are the right way to reduce government power, and whether they satisfy the moral and ethical criteria at the root of free-market and libertarian thought. Is it right to restrict the freedom to contract in order to counteract existing restrictions on that same freedom?

Percy Greaves has already ably demonstrated why a free market is preferable to right-to-work laws, as has Milton Friedman in his celebrated volume Capitalism and Freedom, although much of the latter’s position is unfortunately rooted in an appeal to misguided anti-trust laws. Their arguments will not be repeated here, and few libertarians now dispute the superiority of free trade to a protectionist right-to-work system. Nevertheless, many still argue that this is a false dichotomy. The question, they say, is not whether right-to-work laws are better than the ideal, but whether they are preferable to the status quo, in which unions are supported by government, and if so, shouldn’t we support them?

The answer to the first question is yes. Thanks to government-granted monopoly power, labor unions have too much power and the result is a devastating distortion on markets and prices that causes, not only unemployment, but also high prices and low quality services that would not otherwise be sustainable. To the second question, however, I am forced to respond with an emphatic no.

But why? If government supported labor unions distort markets and cause economic pain, why shouldn’t free-market advocates support laws that limit those powers?

First of all, incremental efforts need to go in the right direction. While right-to-work seems like a step in the right direction because it improves labor conditions and more closely simulates the free market than does the status quo, this is an illusion. In fact, these laws are steps in the wrong direction by favoring more regulation over less, more laws over fewer. They are a tacit concession that government mandates can solve our problems, and that employers cannot be trusted to run their enterprises without government intervention.

As Murray Rothbard writes in The Case for Radical Idealism,

the libertarian must never allow himself to be trapped into any sort of proposal for “positive” governmental action; in his perspective, the role of government should only be to remove itself from all spheres of society just as rapidly as it can be pressured to do so.

There is nothing wrong with supporting incremental change, but we must make sure that we are moving incrementally in the right direction, toward freedom rather than away from it.

Second, the argument I most often hear is that the repeal of existing labor laws is unrealistic, and while it would undoubtedly be a first best solution, the only chance we have of making real change is with the second best solution of right-to-work laws.

The only reason that repealing old laws is unrealistic is because everyone believes it is unrealistic. By conceding that bad laws cannot be repealed, we prevent anyone from ever trying. If popular demand was strong enough laws could be repealed, and if activists and scholars didn’t give up the fight before it had even begun. Those who argue for pragmatism ensure that the only practical direction is the wrong one. Or, as William Lloyd Garrison wrote, “gradualism in theory is perpetuity in practice.”

Third, while a devotion to principle over pragmatism may not yield results in the short term, or may even result in apparent backsliding, the long-run goal is very different. To be successful we have to have consistent and defensible principles, and continually stand up to support them. If we argue selectively for the use of more regulation to fix those areas we don’t like, we undermine the end goal.

If we are going to apply the theory that two wrongs make a right when it comes to government, we should also be arguing for mandates forcing doctors to hand out more prescriptions to combat the supply problems created by medical licensure and drug prohibition. Of course, such a law would be obvious nonsense, but the analogous situation with labor laws seems to cloud the mind of even the most dedicated libertarians.

We cannot fix bad laws by enacting more bad laws. They must be made visible for all to see and then uprooted, one at a time, if necessary, until they are gone. Only by not compromising on these principles can we ever hope to achieve them.