Private Defense Is No Laughing Matter 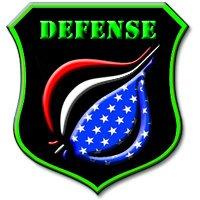 According to conventional wisdom, even though capitalism is better than socialism when it comes to varied products such as hot dogs, blue jeans, and laptops, nonetheless we need government central planners to provide us with military defense. In fact, this is so "obvious" to most people that the opposite view — namely, that a free market in defense would work just fine — is cause for ridicule.

WOULD YOU PRIVATIZE DEFENSE?

I recently came across two different articles that derive their yuks in just this fashion. One is a Slate piece entitled, "Would You Privatize Defense? The Case for Socialized Medicine, Part 1." Its purpose is to discredit those calling for a free market in health care. The author, Timothy Noah, argues along the following lines: If you think the government screws up health care and that the market should be left alone, then consistency forces you to believe the government screws up defense too. But we all know that that's crazy, so you are a hypocrite when you call for private health care.

As Stephan Kinsella has pointed out, this rhetorical move shows the danger of minarchism. Noah is perfectly right: If you think it is both moral and efficient for the government to take hundreds of billions of dollars from everyone's paychecks every year, in order to buy tanks, fighter jets, and arsenals that could kill billions of people, and you also think the government has the moral right to forcibly prevent anyone from competing with it in this arena… Well then, how the heck can you complain about Hillary health care?

To avoid confusion, let me say that I totally understand where the big tenters are coming from. With the government (all levels) taking about half the economy from us, shouldn't we all join forces and call for a rollback of Leviathan? Shouldn't we all face off against the common enemy (Al Gore or Nancy Pelosi, say)? Do we really need to waste space in the libertarian journals arguing about who's a bigger commie: Thomas Paine or Thomas Jefferson?

The problem with this superficially reasonable request is that it leaves one open to an attack just like Noah's. But if you have the courage to say that the free market really would work better in every area, then you not only achieve peace of mind (by ridding yourself of cognitive dissonance), but you also can easily fend off such attacks. The classical liberal who advocates a night watchman state, on the contrary, can only fall back on arbitrary and unpersuasive distinctions.

For a different example, consider drug legalization. The small-government, I-love-the-Founders agitator can go through and give his spiel about victimless crimes, the Valentine's Day massacre under alcohol Prohibition, and so forth. Then the law-and-order conservative can come back and say, "Oh, we could reduce crime if we legalized homicide too! What do you say to that?!"

The beauty of the private law position is that you can quite consistently say, "That's right! And as a matter of fact, right now homicide is punished by the states, not the federal government. All I'm saying is that we should carry this process of decentralization, or of federalism, further. By having a massive tax-and-spend apparatus, and a monopoly on the punishment of murderers, the State actually fosters more homicides than would otherwise occur."

But in contrast to that consistent and totally unexpected answer, which will not convince but at least unsettle the law-and-order conservative, what is the classical liberal supposed to say? "Um, the government is very efficient at punishing true rights violations. It's just inefficient at doing bad things. So the War on Drugs is terrible and has unintended consequences, but the War on Homicide is great. Taxes and monopolies are only bad when they're used for illegitimate purposes, otherwise they work just fine."

The second piece to tap into the comedic value of private defense comes from The Onion. The article's title is self-explanatory: "U.S. to Give Every Iraqi $3,544.91, Let Free-Market Capitalism Do the Rest."

In contrast to Noah's article, the Onion piece goes further. It castigates not merely free market defense, but market solutions to all sorts of problems. Now perhaps this is just an indication of how out of touch I am, but I fail to see the irony in any of these fictitious assertions:

At a Monday press conference, U.S. Defense Secretary Donald Rumsfeld announced a "change of plans" for the $87.5 billion aid package Congress approved in October: Instead of being used to fund an array of military and reconstruction operations in the Middle East, the money will be divided equally among Iraq's 24,683,313 citizens.

According to U.S. civil administrator in Iraq Paul Bremer, reconstruction and repair of Iraq's dilapidated, damaged, destroyed, or non-existent sewers, roads, power grids, airports, phone lines, and hospitals will be handled by the private sector, with contracts being awarded to the companies offering the most attractive bids in terms of cost and quality of service.

Even the building and running of Iraq's schools will be privatized.

"I believe we've seen what state-funded education did for Iraq," Bremer said. "I can say with confidence that it's the last thing they need."

According to Bremer, as soon as capitalism brings an end to ethnic and religious tension, U.S. troops will pull out of Iraq.

Fortunately, few Iraqi government structures need to be put into place. In accepting the $87.5 billion aid package, the Iraqi Governing Council has agreed to banish all restrictions on trade, capital flow, and foreign investment.

Again, I don't find these passages humorous at all, except that it is absurd that Rumsfeld or Bremer would ever advocate such things. So does the Onion writer believe that government education under Saddam — or under Jimmy Carter for that matter — was a shining success story?! So why is the proposal to privatize education funny?

The truly puzzling aspect of these two recent satires is that Slate and The Onion clearly do not endorse US military policy. In other words, most of the thinkers involved with these publications agree that the US government, in practice, wastes billions of dollars and is incredibly counterproductive when it comes to military affairs.

Let me put it this way: Do the Onion staff think private companies would do worse at providing utilities than the government has done? Is it easier to get cell phone service or electricity in Fallujah?

Of course, neither Slate nor The Onion is a good source for reasoned analysis of a truly free society, one where no agency — not even "the government" — has the right to violate property rights, even for something as important as military defense. For a brief introduction to how such a market could work, the interested reader is referred to this pamphlet. And for a full treatment, try Hoppe's collection.

On a final note, let me concede that the arguments for private law or private defense are obviously abstract. Nobody expects these things to happen in the next election. Even so, for those who believe that the free market would "obviously" fail in these arenas, I urge you to give the matter some more reading and thought. You might be surprised at how dubious your position is after a few hours of research.