"Price Gouging" Is Essential and Humane 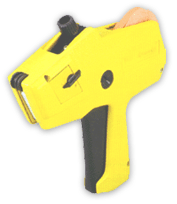 Recently, Anderson Cooper and one of his correspondents, Gary Tuchman, condemned price gouging in New Orleans as if they were reporting an inherently unjust practice that no reasonable person would accept. So, once again, it needs explaining why price gouging is not only not bad, but is essential to the welfare of everyone involved. Without it, people don't get the essential goods they need after disasters. Free markets here are humane and necessary.

After a natural disaster such as Hurricane Katrina, there is usually a great increase in the desire on the part of consumers (the victims of such a disaster or war) for those newly found goods which they most urgently desire. That's symptomatic of the law of marginal utility, which is universally valid and deducible from every single action — that every action is directed towards satisfying one's most urgently desired need. And how do we deduce this? Because that action is undertaken in preference to every other possible course of action.

In disaster areas, this usually means that people's most urgently desired needs happen to be those most closely related to survival and restarting their livelihoods, such as by getting food, building materials, electricity, etc.

But while the demand for these goods goes way up, the supply may be the same or even less after a disaster. There's a major problem for both consumers and producers here for the allocation of goods. For consumers, those who most urgently desire them must be able to get them, and those who less urgently desire them must be "directed," in a sense, to consume cheaper, substitute goods, and less of those goods they would purchase more of if the price were lower.

The problem with producers is that there isn't enough for everyone. More firms and production needs to occur and bring the things people need to disaster areas.

Both consumers and producers are facilitated by the "jacking up" of prices. Their interests are in harmony here. Higher prices are painful for consumers, but a vital and corrective tendency. It means that those who most urgently desire goods will be able to get them — they won't just show up at stores and find nothing left for them. Those who less urgently desire these goods have a guide for rational economic calculation. Some will find the new prices make the consumption of the good less beneficial than foregoing it and purchasing some other, cheaper substitute.

This means that the people who need goods the most will get them, and not because producers and consumers are moral, intelligent, or generous. It's because such a clearing of markets, or rational economic calculation, is based upon prices.

The new price acts as a coordinator to firms that will now provide even more goods to needy people in New Orleans. Again, not because they are good people, but because they're self-interested, just as consumers are. Vested interests have little sway in capitalism, where consumers bind the hands of producers to serve them because they can patronize whoever they wish.

When more firms bring their products to a disaster area, the price is inevitably brought down because of price competition on the greater supply of goods. Each firm is seeking to undercut its competitors.

The most vulnerable people get what they need, and can have more urgently desired wants satisfied so they can proceed to satisfy less and less urgently desired ones and have a better quality of life. This process continues indefinitely, of course, since with the greater supply and lower prices, there are more marginal firms who will not find it profitable to sell in that area.

This is a dynamic and ongoing process. It happens to look very different on the surface after a disaster, but it is as essential as ever.

Now, let's consider what happens when prices are artificially suppressed by the government after a disaster. Lots of people want cheap goods and fast. Not only that, but they'll buy more of them if they're cheap, for fear that others will get to them first. So consumers just show up to empty store shelves. They lose out; businesses lose out on more profits; but the government certainly doesn't lose anything. In fact, this new crisis serves as the pretense for even more violent government interventions, since on its face it looks like a market-induced crisis.

There's one more rather simplistic fallacy that was not only propagated by Tuchman, but seems to be generally accepted among the opponents of free markets in disaster areas: that higher costs of production after a disaster justify higher prices, while greed-induced higher prices are unjustified.

Here we have an example of markets actually being damned with false exculpation, since higher costs neither justify nor bring about higher prices. In the first place, this commonly held opinion hints at some measure of a "just price" absent the one people voluntarily agree to as beneficial.

Secondly, costs don't determine prices. Rather, prices determine costs. Since entrepreneurs are constantly attempting to capitalize on some market where other entrepreneurs have underestimated the desires of consumers, they are necessarily future oriented. The prices they set are based on their calculations of the future, maximizing profits by adjusting prices based on their expectations about the future valuations of consumers.

Finally, to pass judgment on the prices set after disasters, or under any circumstances, based on the possible psychology of businessmen is to promote envy over consequences. Psychology plays no part in the consequences, since they are a function of action, not intention. The consequences outlined here aren't predicated upon good intentions, but merely upon self-interest.

We don't have capitalism in New Orleans or anywhere else, of course. There are lots of problems with producers trying to enter the market because of wage and price, environmental, health, building, safety, and licensing regulations and taxes, which act as government-sponsored grants of monopoly privilege to those supra-marginal producers who can afford them, as opposed to the sub-marginal ones who can't. Only government can grant monopoly privilege to put obstacles in the way of people getting what they need.

Andrew Mitchell is a public-policy student at Marymount University.