GET NEWS AND ARTICLES IN YOUR INBOXPrint
A
A
Home | Mises Library | Poujade: Menace or Promise? 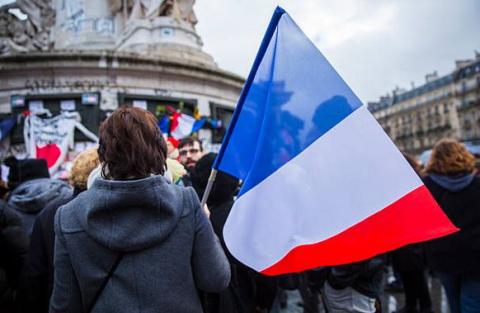 [Editorial Note: Recent protests in France over high gasoline taxes are not without historical precedent. Writes Justin Raimondo: The [g]ilet jaunes of today are the Poujadists of yesteryear. Read Rothbard on Poujade and the militantly antistatist roots and methods of the movement." To understand this, we require a dip into French political history of half a century ago, a time when protests against high taxation were also seen as thwarting "progress" toward socialism. In this unpublished piece from the Murray Rothbard archives, dated February 1956, he examines the politics of the Poujadists and finds them to be worthy not only of sympathy but praise.]

Who is Pierre Poujade? Is he just another evidence of French instability? Is he a "semi-fascist" or worse? Or is his leap into worldwide fame something to cheer about?

The first thing for Americans to realize: don't fall blindly for the cry of "fascist." Remember how the leftist press is always ready to smear anti-Communists and anti-Socialists or anti-internationalist Americans with the "fascist" label. Poujade himself strongly denies that his movement is fascist. He points out that the fascists did not come from the middle classes, but were usually former socialists from the ranks of the workers.

Few Americans know the background of the movement which came out of nowhere to sweep 52 seats in the recent French elections. The Poujadists first broke into the news two years ago when their small-business membership pulled tax strikes in protest against the crippling French tax system.

Banded together in the Union in Defense of Merchants and Artisans, they were led by Pierre Poujade, a bookseller from the little southern French town of St. C​éré. Winning election to the local council, the young bookseller persuaded the council and the town's merchants to refuse tax payment and resist inspection of their books by the central government. Successful resistance spread the idea and the movement to neighboring towns, and finally to a large portion of France.

The Poujadist belief in direct action by the people is dramatically revealed in one of their favorite devices: "packing" every auction for tax delinquency. Defying the desperate auctioneers, one Poujadist would then buy the store for a few cents, and give it back to the grateful shopkeeper.

Why the emphasis on direct action? And why are the Poujadists so bitter that every one of their delegates to the Assembly swore solemnly that he would submit to hanging if he betrayed their cause? In the first place, in France as in this country, there's a lot to be bitter about: crushingly high taxes on businesses and individuals, submergence of national sovereignty in international organizations and alliances, fumbling and incompetent government, endless fighting in colonial wars. Especially taxes. The French economy is heavily peppered with small businessmen and shopkeepers. Part of the reason is fear of government confiscation, a fear that makes the prudent Frenchman reluctant to invest his money in large-scale, long-term projects, and partly because the French are very fond of handmade goods, and distrust mass production.

Second, more must be understood about the roots of the Poujade saga-roots that go back to the beginning of the postwar period. Dissatisfaction with high taxes led to the formation of a League for Small and Medium Business. The League had no intention at first of promoting tax strikes or other direct action. It simply tried to persuade members of the National Assembly to listen to the shopkeepers' grievances and grant them needed tax relief. The League obtained firm pledges of support from 100 members of the 1951 Assembly.

Imagine its chagrin and anger when the hundred legislators walked out on their promises and forgot about tax relief. It was then that the small businessmen realized that they could not put their trust in politicians. And so they turned to Poujade and tax strikes. Still the Assembly would grant nothing. When Premier Faure suddenly called the election, Poujade hastily revived his dormant organization and threw three lists into the fray. Expected to pick up three or four seats, he gathered 2.5 million votes, more than the Radical Party of Faure and Mendes-France.

The leftist press has played up Poujade's "bully boys" and "storm troopers," who are supposed to use "fascist" methods in beating up opponents. But when we take a closer look at the facts, what do we find? No uniformed paramilitary forces, no murdering of the opposition. We find, instead, spontaneous grassroots heckling of opponents-a grand old political custom the world over. The gravest incident of the recent campaign was the time François Mitterand (Mendes-France follower and sworn enemy who wants to outlaw the Poujadists) was hit on the nose by a rotten pear. Certainly no more cause for alarm than the pelting of Willkie with rotten eggs in Chicago in the thick of the 1940 campaign.

It is curious, in fact, that the Mendes-France forces, perfectly agreeable to seating 150 Communists in the Assembly and accepting their votes, angrily wanted to bar the Poujadists from taking their seats. Who's being fascist and undemocratic now?

The Poujadists have two planks to their platform: lower taxes and reconvene the Estates-General. Hatred of high taxes is the driving force of Poujadisme. We might recall that low taxes were hardly a major characteristic of the fascist and Nazi regimes, which taxed their poor subjects to the hilt. The other passions are contempt for the inept, socialistic, French government, and a dislike for submerging French sovereignty in a world organization. The conservative American may well ask: what's wrong with that? The common charge that the Poujadist program is "vague" or "negative" ignores the hard fact that lower taxes are very concrete and, indeed, very positive to the average citizen.

The call for the Estates-General is a very interesting constitutional proposal that deserves more attention than it will get from Americans. Where the present Assembly is the government, the Estates_General, which last met on the eve of the French Revolution in 1789, is a device to permit all groups of the people to air their grievances against the government.

Representation in an Estates-General is based not only on geography, but also on economic and social groups, in proportion to their strength in the population. The old Estates_General represented three social classes: the nobility, the clergy, and everyone else. The new body would represent, proportionally, the workers, small businessmen and shopkeepers, big businessmen, farmers, and professional men.

We have been so inured to purely geographic representation that the idea strikes us as bizarre. But such a program may correct many defects. France (as well as the United States) is overrepresented by lawyers. Because of their close connection with politics, lawyers tend to multiply and complicate the laws beyond reason, and to form a semipermanent parliamentary and bureaucratic caste. They remain in Paris or Washington, remote from the people, geared to the glitter and influence-peddling of the capital, eager to expand the power of government over the individual citizens. Representation by social group would at least insure that each group would find some voice in the parliament, and would bring the "pressure group" out of the dark and into the light of the legislature itself.

Poujadisme is, indeed, a "people's movement," in the fullest sense of that overworked term. Paris was astonished to see the Poujadist delegates come to town: a parade of butchers, bakers, grocers, students, booksellers-the first real grassroots delegation in decades.

Many reporters try to write off the Poujadists as simply inheritors of the old Gaullist vote. This is incorrect. Gaullist strength was all in the North and Northeast, while Poujadist strength lies mainly south of Paris. Gaullisme really had no program but the mystique of a personal leader; it was therefore bound to break asunder once its momentum was lost. Poujadisme is a far more durable and vital force.

Clearly, the Poujade movement has international implications. Already, it has made its mark in northern Italy. Last year, rice farmers in the Po Valley staged a tax strike; and now, Raffeale Garbin, head of the Milan Fishmongers Syndicate, has formed the Italian Economic Movement along Poujadist lines. He is backed by cattle growers and fruit and vegetable shopkeepers. When the press tries to smear the movement as "fascist," remember that there already is a neo_fascist party in Italy. And in Denmark, a gardener named Hansen has started the Independence Movement on Poujadist principles.

Pierre Poujade announced last year that he planned to set up an International Federation of the Middle Classes. If he follows through, there'll be plenty of fun in world politics. The world has had its fill of Socialist and Communist Internationals, of Leagues and United Nations, in the past century. Imagine an anti-tax, antistatist international!