Is Pot too Potent to Legalize? | Mises Institute
Skip to main content

GET NEWS AND ARTICLES IN YOUR INBOXPrint
A
A
Home | Mises Library | Is Pot too Potent to Legalize?

Is Pot too Potent to Legalize? 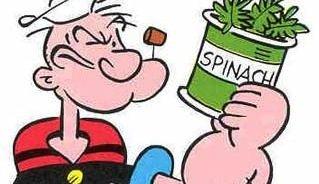 Slate reports in an article titled “Not That High: Today’s marijuana is too strong, and that’s bad for new business,” that the potency of marijuana is now “too high.” Writer Emma Marris’s brother is a professional chemist who tests the composition and potency for growers and medical marijuana dispensaries. Based on the information she obtained from her brother, Marris writes:

Marijuana is much stronger than it used to be. Lots of the strains for sale at medical marijuana dispensaries are approaching 25 percent THC, or tetrahydrocannabinol, the compound in the plant known for getting you wicked high.

“Our potencies here are off the scale,” confirms longtime grower Todd Ellison, co-founder of Colorado Marijuana Marketing, a one-stop shop for weed-related entrepreneurs in search of marketing help. “I have a guy who taught me to grow, who has been growing since the ’60s. And this stuff blows him away.” And Ellison agrees. “I am almost 40. I’ve got three kids. You don’t want something that is going to lay you out and make you stupid all day.”

In her research Marris found that many marijuana consumers consider marijuana to be too potent and even dangerous. She relates stories of adults passing out at dinner parties or experiencing paranoia. “I heard a woman in her 60s tell a story about her husband taking a tiny toke on a joint that was going around a dinner party, only to pass out in his chair.”

A recent study in the British journal Lancet confirms that marijuana is considered more dangerous now, surprisingly ranking it the seventh most dangerous drug, legal or illegal. Such rankings are inherently problematic, but in past scientific rankings marijuana would not be in the top 10. In this study, marijuana’s ranking rose entirely on the impact of “harm to others” and prevalence of use, otherwise it would have been difficult to break into the top 20.

So why has marijuana become “too potent”? Has Marris found a “market failure” because she sees that growers are just maximizing profits by growing more potent marijuana? “Plus, the people who grow it and sell it also smoke it, and they’ve got high tolerances and a deep fondness for its effects. They like it strong.” Clearly the author is making a case that the market is being driven by the supply side and that the consumer is being harmed as a result.

Super potent pot is not a market failure. It is simply the result of government prohibition. In fact, it is one of the best examples of the iron law of prohibition. When government enacts and enforces a prohibition it eliminates the free market which is then replaced by a black market. This typically changes everything about “the market.” It changes how the product is produced, how it is distributed and sold to consumers. It changes how the product is packaged and in particular, the product itself. The iron law of prohibition looks specifically at how prohibition makes drugs like alcohol and marijuana more potent. The key to the phenomenon is that law enforcement makes it more risky to make, sell, or consume the product. This encourages suppliers to concentrate the product to make it smaller and thus more potent. In this manner you get “more bang for the buck.”

During alcohol prohibition (1920-1933), alcohol consumption went from a beer, wine, and whiskey market to one of rotgut whiskey with little wine or beer available. The rotgut whiskey could be more than twice as potent of the normal whiskey that was produced both before and after prohibition. The product is then diluted at the point of consumption. During the 1920s all sorts of cocktails were invented to dilute the whiskey and to cover up for bad smells and tastes.

Therefore, the current high potency of marijuana is not a market phenomenon, nor is it a market failure. It is primarily driven by government’s prohibition and the odd incentives that this produces on the sellers’ side of the market. Under these conditions consumers may prefer higher potency marijuana, ceteris paribus, but it is not primarily a consumer driven phenomenon.

When marijuana is legalized we should expect the market to reemerge and to commercialize the product. In fact, we should expect to see a variety of products offering different potencies. Individual brands would be expected to emerge offering a relative stable potency along with other product attributes, such as, taste, flavor, smell, and packaging.

Marijuana is typically smoked, but the dominant approach to consumption could change with legalization. Evidence from medical marijuana dispensaries indicates consuming marijuana, as an ingredient in food products, increases in these semi-legal environments. We might expect this type of change when marijuana is legalized.

We should also consider that marijuana is a type of hemp and that different varieties of hemp can be grown for the fiber of the plant or the seeds it produces. In both of these cases, the potency of marijuana is nil. It is only the two medical strains, cannabis sativa and cannabis indica that produce tangible levels of THC.

Legalization of marijuana would do many things. It would certainly expand the medical use of marijuana and research into its medical potential. It would also open up two large agriculture and product markets for hemp fiber and seed oil. Finally it would fix the so called “market failure” that should be properly blamed on government’s prohibition.