The Pope Should Listen to Tom Woods 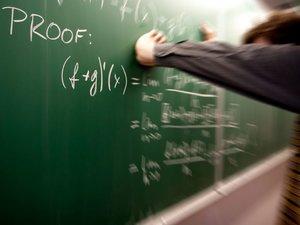 The release of the encyclical Laudato Si by Pope Francis last week had the predictable result of winning the Pontiff plaudits and huzzahs in the world’s press, and another round of bewildered head-shaking among observant Catholics. Whether in his formal remarks or his off-the-cuff observations, Pope Francis repeats many of the common objections to (and caricatures of) the market economy, objections we might encounter in the writings of any of the leftist thinkers who dominate the Pope’s Jesuit order.

Meanwhile, so-called progressives in the Church, not normally so deferential to authority, triumphantly proclaim that matters of economics have been definitively settled and that the faithful ought to shut up and obey.

The antidote to all this, released just this year, is the tenth anniversary edition of Tom Woods’s book The Church and the Market: A Catholic Defense of the Free Economy, which won first prize in the books division of the Templeton Enterprise Awards shortly after its release a decade ago.

Tom’s thesis and its rapid spread have put Church liberals almost hysterically on the defensive — be sure to read Tom’s entertaining and relentless takedown of a left-wing Catholic conference warning the faithful of the terrible dangers of libertarianism — and has blasted open a discussion that progressives have been so eager to insist is closed. Before I explain what makes this book especially original, unique, and valuable, let me note that what it contains is of the greatest interest and importance no matter what, if any, religious convictions the reader may hold. It is the perfect book to read between Henry Hazlitt’s Economics in One Lesson on the one hand and advanced Austrian treatises like Mises’s Human Action and Rothbard’s Man, Economy and State, on the other.

Tom begins by explaining praxeology, the Austrian method of economics, and shows how Austrians derive the concept of costs, value scales, supply and demand schedules, and the law of diminishing marginal utility, all from the simple proposition that human beings act, and that they use scarce means to substitute a more preferable for a less preferable state of affairs. If you’ve ever wondered exactly how Austrians employ the “action axiom” to arrive at robust economic conclusions, you’ll understand after reading this chapter.

The rest of the book covers a vast array of topics, the misunderstanding of which has led to gross moral confusion: labor unions, wage rates, the “just price,” banking, money, inflation, business cycles, interest, monopoly, foreign aid, the welfare state, distributism, and a great deal more. The tenth anniversary edition contains a new introduction and an extra chapter. That extra chapter amounts to an overall defense of the book’s thesis, and takes the form of a systematic reply to a critic you almost feel sorry for.

In other words, the book makes an extremely vigorous and persuasive case for Austrian economics as a science and the market economy as an economic system. I guarantee you will be better able to defend both after reading it, and that you’ll enjoy every page of Tom’s unrelenting presentation.

When the book came out, it caused instant controversy. Catholic leftists and even some traditionalists denounced it. But Tom had plenty of supporters, among them Fr. Martin Rhonheimer of the Pontifical University of the Holy Cross in Rome; Crisis magazine; Fordham University’s James Lothian (writing in Homiletic and Pastoral Review); Sam Bostaph, chairman of the department of economics at the (conservative Catholic) University of Dallas; and even a scholar who had a hand in drafting a previous papal encyclical.

The key thesis of the book that caused controversy among Catholics, the majority of whom never read the book and caricatured its argument, was as follows. A Catholic looks to the Church on matters of faith and morals. The technical details of particular academic disciplines, on the other hand, lie beyond the Church’s competence.

For example, whether a particular medicine works or has side effects of varying degrees of intensity is a matter for physicians and medical researchers to say. If this medicine can be produced only by tearing the hearts out of living human beings, the Church may of course say that the use of the medicine is morally unacceptable.

The Church may say that church architecture ought to draw the mind toward the contemplation of God, and be built in such a way as to stand the test of time. But churchmen would be going beyond their competence to describe the technical methods that are most suitable for this purpose.

Likewise, it is all well and good to say that the welfare of the family, the building block of society, is of great importance. It is quite another to take sides regarding the precise, technical means of securing that welfare, as if the edifice of economic reasoning of the past 200 years did not exist. Demands for a “living wage” would of course be destructive to the family.

Tom’s uncomprehending critics pounced. How dare Woods insist that the Church may not speak on economic matters! But Tom was not saying that at all, as we’ve already seen. There’s no reason Church authorities cannot make general statements about moral issues that happen to intersect with economics. What Tom did say — quite correctly, of course — was that the qualitative propositions of economic science, being facts of reality, lie conceptually beyond moral critique.

In other words, if wage rates rise in a particular way, no amount of moral exhortation can make them rise another way. If the constraints of a finite world mean we can enjoy A only at the expense of B, no amount of pious mockery of the market system can eliminate this brute fact. We don’t condemn Avogadro’s number, or set down moral exhortations to change it.

Some of the traditional Catholics who now object to Pope Francis’s encyclical Laudato Si were first in line to condemn The Church and the Market for its alleged dissent from other papal encyclicals. But the grounds on which these Catholics object to Laudato Si are in good measure the ones on which Tom pointed out difficulties with earlier documents. If we begin with faulty presuppositions drawn from misunderstandings of secular disciplines, any subsequent moral reasoning based on them is sure to be equally distorted. Quadragesimo Anno (1931) of Pius XI could look at the Great Depression and blame it on greed, and even the otherwise conservative Benedict XVI responded to more recent economic problems with what Tom has called “platitudinous warnings about materialism and greed.” As Tom wonders in the book, why is there no room in all this moral reckoning for even one mention of the moral problems of central banking?

Developed thoroughly in The Church and the Market, Tom applied this analysis to Pope Paul VI’s Populorum Progressio (1967), which highlighted poor living conditions in the developing world. He jumped from a perfectly natural desire to improve those conditions to the wild non sequitur that state-led development aid programs, funded by the West, were the solution. He further expressed his belief in the Singer-Prebisch thesis, that a secular decline in the terms of trade — e.g., that the prices of commodities, which Third World countries tended to produce, were moving downward, while manufactured goods, produced by more advanced countries, saw their prices on the rise — meant that a liberalization of international trade couldn’t solve the developing world’s problems.

At the time, economist Peter Bauer was warning in vain against development-aid programs. First, he said, they are unnecessary: if poverty were really a vicious circle, every country would still be in the Stone Age. When the right cultural attitudes and political and economic conditions are in place, funding for domestic projects will freely flow from abroad. Second, these programs would lead to bloodshed, as antagonistic groups clawed at each other for a share of the grant money. Such violence did indeed occur in about a dozen countries. Third, these programs subsidize evil, by allowing vicious government thugs to continue their destructive predations without having to face their full economic consequences.

All of these predictions by Bauer came true as spectacularly as one could ask for. Even the New York Times, international agencies, and the Clinton administration were at last forced, albeit reluctantly, to admit that the programs had been a grotesque failure. But who, they pleaded — as if Peter Bauer had never existed — could have known?

Even the empirical grounding of Paul VI’s case crumbled in the face of closer examination. Subsequent research found that there had been no secular decline in the terms of trade after all, so the major basis on which Paul VI proceeded to base his moral judgments was simply incorrect — a perfect illustration of Tom’s warning about the fate of moral judgments with which potentially faulty empirical claims or scientific understanding are intertwined.

Tom notes that this embarrassment could have been avoided easily enough, had Paul VI enunciated general principles, as opposed to trying to pinpoint precise technical solutions on a matter on which he personally possessed no expertise, and to which the authority Catholics ascribe to the pope did not extend.

Tom first explored this topic all the way back in 2002, in a paper for the Mises Institute. When the feedback was enthusiastic, he decided to write a whole book on the subject. We invited him to deliver our Lou Church Lecture in Religion and Economics in 2004, and his book was published the following year.

Now Tom has written a dozen books, to be sure, ranging from The Politically Incorrect Guide to American History, which spent a dozen weeks on the New York Times bestseller list and sent both the neocons and the establishment into a frenzy — Tom’s book was the subject of a signed editorial on the New York Times editorial page — and Meltdown, Tom’s 2009 bestseller, featuring a foreword by Ron Paul, that diagnosed the financial crisis from an Austrian, free-market perspective.

But in terms of his most lasting contributions to Austrian or libertarian thought, The Church and the Market is Tom’s masterpiece. It has forever changed the nature of the discussion of Catholic social teaching, and it ranks among the most compelling and effective short presentations of the ideas of Austrian economics I have encountered. Treat yourself to a copy of this vigorous polemic.