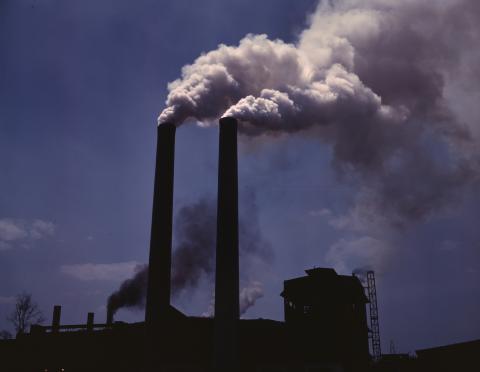 When I once went to visit a public sector electricity-generation plant in New Delhi, one of their top officers told me this: I dump the ash (the residue from burning coal) in the river, I do not pay the railways for delivery of the coal, I do not pay the coal company, and I will keep running it this way.

Forget about the so-called charitable thoughts of public servants, I could not believe that I was talking to a human being. He was corrupt and irresponsible to the core. Why is someone in such a high position like that? Is it a special racial trait of Indians? Or is it a result of the irresponsible system that socialism, and collectivist cultures create?

There are three publicly owned electricity-generating plants in Delhi; all are coal-based. They should never have been set up there. Profit is never the driving force in setting up a government-owned business. So this is what happened and continues:

A rule of the thumb in setting up coal-based power generating plants is that they should be based close to the sources of coal, as the power cables are everywhere, and all you have to do is to hook up power plants with cables. The further you are from the coal pit, the greater are the expenses of transporting the coal. Also, if you are closer to the pit, you can transport the ash (crushed and burnt soil, which exists in coal) back to the extinct mines and fill them up; otherwise you simply don’t.

But, the politicians had other motives: employment generation and spreading industry uniformly around the country without consideration for economics. And of course all this means environmental damage of horrendous proportions as I attempt to show.

So these plants were set up thousands of kilometer away from the coal-pits. This generated cargo payments for the railways, and additional employment. The power-generating plants gave employment to thousands when they could be conveniently run by a fraction of people. The coal companies had been (and still are) nationalized so they freely gave employment as well. The federal government gave guarantees to make payments. It looked like a utopia similar to one of those pyramid schemes that do a good business in these countries for a visible minority at the cost of the rest. Then it eventually fails most of that visible minority.

Coal companies sold the coal for little, and then usually did not get paid anyway. They did not care for the quality of their products, as whatever resources they had went to generate employment (this is only the sanitized version for the sake of keeping the theme—in the heart of hearts humans are more rational than that!). More than half of the coal they sent was actually soil. The electricity plants could not complain, as they were not paying anyway.

The so-called coal needed other expensive liquid fuel to keep the boilers running at the generating-plants. The plants started getting clogged with ash and were highly inefficient, as they were processing soil, which was almost half the input, for no good.

When I first went to one of the plants, I sank knee deep in what looked like ground. What was happening was that the electricity generating plants were not getting paid as the government was giving free electricity to many (in Delhi about 50% of electricity did not get paid for). So they did not have the funds to clean up the ash. The ash stayed lying in the power plants everywhere, slowly finding its way into the river and the air of the city. Imagine that these plants generated thousands and thousands of tons of ash, which is made of very small particles, and flies easily. Of course there were no funds there to improve the technology and maintain the equipment.

The customer who did not pay did not care about how much electricity they used. The technology for conserving electricity, and hence environmental efficiency, could never take hold.

Those who were honest to pay had to make up for everyone else. (Until not very long ago, the government had banned the use of private generator even if they were for personal purposes—how else could they generate whatever money they did? Others paid bribes to run their own, creating noise and local air pollution.)

The pollution related departments of the government had a lot of teeth to stop such polluting electricity plants. But then imagine, how could one arm of the government stop the other arm? Instead of closing these plants down they agreed on sanitizing statistics to fool everyone—and this was so oft repeated that they started to believe in it themselves1. How could this cover up be done so easily I don’t know as one of these power plants is right opposite the South East Asian Regional Office of the World Health Organization, the other two not too far away. They spew black soot and cover WHO’s building.

The thousands of people who worked in these plants had lifetime job guarantees so all they did was sit and gossip.

The railways, as they did not get paid, did not have the funds to provide for the safety of their services. Their services were unreliable. So the electricity plants had to keep months’ of stock of coal with them. During this time the coal absorbed water worsening its fuel efficiency (and remember this means more coal for the same electricity; and for those who do not like economics, more global warming and wastage of limited resources).

Railways did not cover the coal (remember there were no funds or motivation involved) while they transported it these thousands of kilometers away, spreading coal dust around the country for no good. No one could complain. Nor did anyone care if the coal got stolen on the way.

Railways either needed electricity or oil to run themselves. Of course they did not pay the electricity generating plants, and the oil companies (all government owned). For this analysis I will keep the oil companies out; and also train wagon manufacturing companies and the steel companies (all publicly owned, suffering similar fate). The railways had to ferry people for subsidized money as well, a lot traveled without tickets. The services provided by the railways were in shambles.  To make whatever they could to survive they overcharged the higher class, and the private cargo.

So the private cargo could not afford the railways. They used the road to supply their goods. As you can assume the roads did not get much funding, and much of the highways would fail to pass the test of the minor road in the West. The trucks had very limited lives. The traffic jams would take hours. The fuel efficiency was abysmal, and environmental and human consequences of the whole package horrendous. The food got spoiled by the time it got to its destination, other goods got damaged, reverberating hurt and environmental damage all over the economy, from this and other similarly socialized industry.

Last year (in March 2004), I was supposed to take an Air India flight from Delhi to Frankfurt. I would have flown from Delhi to Mumbai, back to Delhi, then back to Mumbai, and then to Frankfurt. It is the same airline that 50 years ago, before nationalization, was one of the top in the world. Indian Railways was the pride of the British empire. The tunnels they dug to reach the mountains were among the last ones. The oil industry is a government monopoly.  Oil refineries were set up where there was no oil. Until 1991, the State had virtually all manufacturing in its control. NALCO, the State run Aluminum Company extracts the ore and does the preliminary processing in the northwest and then sends it all the way to a remote part of the east for final processing. BHEL, a huge monopoly public company, which manufactured machinery for the industry, has its units spread all around the country, requiring massive parts to be transported, to and fro, from one place to another. Government control of the textile industry so badly crippled it that you still mostly see "Made in China" or "Taiwan" on clothes. The State provides massive subsidies for fertilizers encouraging overuse and polluting the underground water.

All this is only a glimpse of the socialist economy. In late 1980s, the public sector had a share of 27.1% of the GDP and 71% of the organized employment (cite).

Even an honest pyramid scheme would fail

The small private sector, already reeling under horrible and demeaning regulatory control, sustained socialism for a while. When this funding, the deficit, and foreign loans/aid could not keep the pyramid scheme running, the system collapsed, as it did in India in 1991.

In the meantime, socialism had created corruption and complexities of enormous proportions with deeply vested interests. Once created, even with the best of intentions, it would take decades and generations to untangle the wasteful complexities.

The conclusion is short and did not need this entire long and stupid story: you need to produce something to distribute it; a federal guarantee has no value if all it can do is print and not produce. Only profit-based industry incorporating externalities can correct the poverty situation and environmental problems.

Socialist systems would fail even if they were genuinely concerned and honest.

Alas the aforesaid is not the worst, as a socialist system is never honest and cannot be, and generates an immoral and characterless society. All you have to do is to imagine how all these players were adjusting, and accommodating to the system, relying on earning benefits not from their productive work (even if they did produce), but from their positions, using any creativity they had to bend the system or to exploit it, losing confidence in their abilities and developing servile and dependent minds. When you have accepted being corrupt (as socialism asks for—forcibly take away from someone to give to someone else), you can very easily transfer that logic to apply to your family and then to yourself. The character issue is the area where the worst of socialism lies. It has impoverished the souls.