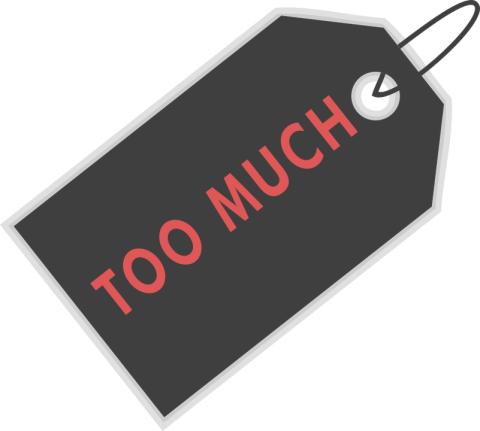 Myths die hard, and in the case of the "Phillips Curve," it has taken 20 years of obvious contrary evidence to convince many economists that there is no fixed inverse relationship between unemployment and price inflation.

(Jeffrey Herbener of Grove City College has argued the relationship never existed, not even at the purely empirical level.) The article below quotes some Mises Institute scholars, and generally provides an interesting treatment of the subject:

Who's Afraid Of A Red-Hot Economy?

For more than 20 years, the Federal Reserve has seen its No. 1 job as balancing growth and inflation, a duty enshrined in the 1978 Full Employment and Balanced Budget Act.

The theory behind this mission is that too much growth brings inflation, but slashing inflation too much would jack up unemployment. So the Fed's job was to bring the Goldilocks economy: not too hot, not too cold, just right.

That made many economists and business leaders breathe a sigh of relief, since it means the Fed is less likely to tighten monetary policy because of tight labor markets.

Greenspan may have just admitted what economists have known for some time.

"Alan was a late believer in the idea that inflation isn't sparked by too much growth, but the last few years have convinced him you can have growth and low unemployment and still maintain low inflation," said Wayne Angell, chief economist at Bear, Stearns & Co. and a former Fed governor.

It may have taken a mountain of evidence to convince Greenspan, but the link between inflation and unemployment has been the subject of fierce debate by economists for almost 40 years.

It started in 1958, when economist A.W. Phillips published an article claiming to see a link between unemployment and inflation in Great Britain. When unemployment fell, inflation tended to rise and vice versa.

Soon, other economists started to find that same relationship in the economies of other nations. The link came to be called the Phillips curve.

For many, all those studies seemed to confirm that there was a link between growth and inflation. Soon, economists started to say that the job of a central bank was to maintain the lowest level of unemployment that doesn't spark inflation: the so-called non-accelerating inflation rate of unemployment, or NAIRU.

But some economists weren't convinced. At the University of Chicago, Milton Friedman argued the Phillips curve was just an illusion.

"He argued that price inflation fooled businesses into thinking the demand for their product was going up. So they hired more people. That's why there seemed to be a link," said Richard Vedder, an economist at Ohio University.

Friedman's theory explained a key fact about the inflation-unemployment relation: Inflation tends to precede drops in unemployment, not follow.

"But Friedman said the Phillips curve couldn't be sustained. At some point, business leaders would wise up, figure out that the reason the prices they can charge are getting higher is because of inflation, not an increase in real demand. When that happened the link between inflation and unemployment would break," Vedder said.

Friedman was largely dismissed in the economics profession until the 1970s. That's when stagflation, the presence of both high inflation and high unemployment, confirmed his ideas. Friedman won the Nobel prize in economics in 1976 for his work.

"There's no question now that inflation is a monetary phenomenon. It happens when the central bank lets the money supply grow too fast, and there are too many dollars chasing too few goods," Angell said.

"Economic growth doesn't cause inflation. If anything it helps reduce it. When there's more goods out there competing for those dollars, it offsets growth in the money supply," he added.

But some who agree with Angell's point are worried about the current low unemployment.

"Even Friedman agreed there is what he called a natural rate of unemployment. Even in a healthy economy there are some people who will be unemployed for some reason," said Roger Garrison, an economist at Auburn University.

"The only way to push unemployment below its natural level is to pump money into the credit markets, heating up the economy in a way that can't be sustained without bringing price inflation," Garrison said.

Economists since the late 1980s have typically pegged the natural rate of unemployment at between 5% and 6%.

The U.S. unemployment rate has been below 5% for 18 months. And since the money supply has been growing for more than two years at above the 3% to 4% recommended by Friedman, some economists think the Fed has pushed unemployment below its natural rate. They keep waiting for price inflation to pick up.

"Since the global economic crisis began, the U.S. has been getting a lot of cheap imports, especially commodities. That has helped keep prices down," said Ram Bhagavatula, chief economist at NatWest Global Financial Markets. "But once the rest of the world starts recovering, and import prices pick up, then U.S. inflation could start to grow, and the Fed will have to tighten."

A less-troubling theory is that economists are just wrong about where the natural rate of unemployment is.

"It could be lower now than economists have believed. If so, unemployment could fall to 4% or 3% or even 2% without any inflation," said Andrew Hodge, chief U.S. macroeconomist at the Wefa Group, a consulting firm in Eddystone, Pa.

Welfare reform, rising real wages or other changes may have made joblessness less attractive and pushed down the natural rate of unemployment. But no one knows for sure.

"All economists can say right now is that the link between unemployment and inflation seems to have broken down. But whether this is a temporary situation or permanent we can't yet say," said Stephen Slifer, chief U.S. economist at Lehman Bros.