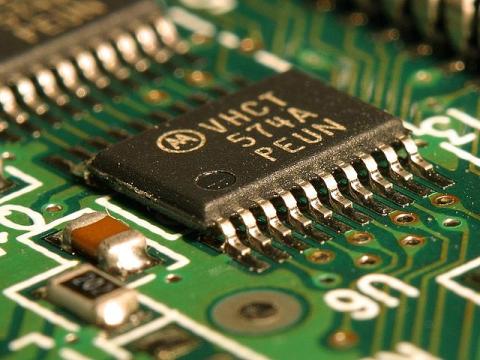 The Chinese "yellow peril" was the late nineteenth century menace. And today, horrors, the Chinese and Indians are selling Americans things like computer software at bargain basement prices. In fact, when it comes to overall U.S. living standards, there is nothing special about outsourcing software technology. All that matters in this case is whether the Chinese and Indians sell for less than what current American software producers could earn in their next most lucrative employment. If so, outsourcing enhances U.S. living standards.

The effect on U.S. living standards is the same as what would happen if a cost-reducing technology in software production occurred. Living standards rise either way. Those who seek to seal Americans off from the Chinese and Indians in this case are analogous to the Luddites in early nineteenth century England who smashed cost-reducing textile machinery.

What Americans pay the Chinese and Indians for software technology measures what the Chinese and Indians can buy in the United States as a result of the outsourcing. That's the opportunity cost of outsourced software. Does it cost U.S. citizens to produce the software themselves? You bet! U.S. citizens give up what American software producers could produce/earn in their next most lucrative jobs. That's the opportunity cost of domestically produced software. Economists have long noted that there is no such thing as a free lunch. Well software isn't free either, even if Americans produce it for themselves.

It follows that if the Chinese and Indians sell software for less than American producers' opportunity costs, Americans give up less of other things to acquire software. This means opting for Chinese and Indian software is a recipe for higher, not lower, living standards. Anyone who has ever bought a computer (or anything else) will tell you that paying less for the computer means they can have more of other things. It is no less true for the citizenry of any nation.

To give the latter its own legs, suppose 2,000 Americans in North Carolina's Raleigh-Durham "research triangle" earn $200,000,000 per year producing software for the triangle's corporate residents. That's $100,000 per person. While individual earnings would no doubt vary around this $100,000 figure, assume for simplicity that each earns the $100,000 average.

Selling software is not the only service these Americans can sell. Indeed, there is a seemingly endless list of other ways they could earn a living. The distinguishing characteristic of these other occupations is that adjusted for nonmonetary work conditions, all pay less than $100,000 per year. Surprise? No! That's why these people produce software.

American software producers obviously don't participate in the $70,000,000 increase in overall U.S. living standards. Indeed, they're $80,000,000 worse off after landing in their next-best jobs. The temptation is to conclude that the Chinese and Indians capture what American software producers lose. Tempting or not, such a conclusion is silly. The Chinese and Indians are paid $50,000,000 for their services. End of that story as far as that issue is concerned.

Lower software prices also open up new opportunities for Americans to buy software for uses that were uneconomic when software was produced by higher cost Americans. Filling these consumption niches generates additions to the U.S. economic pie over and beyond the $70,000,000 increase noted above.

The bottom line is that the Chinese and Indians offer Americans the chance to enlarge the size of their economic pie, while at the same time reslicing the economic pie against those American producers who compete with the Chinese and Indians. American consumers capture both the addition to the pie and the resliced pie. Orphan Annie xenophobes only see those bearing the costs of the resliced pie. They are blind not only to the fact that the pie available to Americans is larger, but also to the fact that Americans other than American software producers capture what the latter lose.