Paul Cantor on the Technocratic Elite in Popular Culture 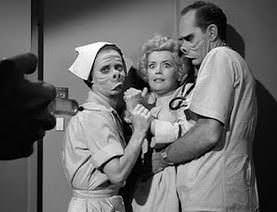 Paul Cantor talks with the Mises Institute about his new book The Invisible Hand in Popular Culture: Liberty vs. Authority in Film and TV, newly available from The University Press of Kentucky.

Mises Institute: In Invisible Hand, you spend a bit of time explaining how film and TV are a collaborative process and not the product of any one artist. Why is this important to your view of popular culture?

Paul Cantor : Many people who condemn pop culture and dismiss it as artistically worthless dwell on the fact that films and television shows are almost never the products of a single artist working on his own. It is therefore important to show that many of the great works of high culture grew out of a collaborative process too. There is nothing about cooperation in artistic creation that precludes high quality. Too many cooks may spoil the broth, but they may also each add a distinctive flavor and work together to bring the recipe to perfection. The processes of synergy and feedback work in popular culture just the way they do in other areas of human endeavor. This is all part of my defense of popular culture — to demonstrate that the conditions of production in film and television are not necessarily incompatible with artistic as well as commercial success.

Mises Institute : In reading your chapters on UFO movies and Westerns of the 1950s and 60s, the important role of intellectual and political elites is emphasized in many cases. Do these same themes persist today?

Paul Cantor : In later chapters, I show that many contemporary television shows express a fear of technocratic elites taking control of the lives of ordinary Americans. This is the hidden theme in many alien invasion narratives — a technologically advanced civilization shows up and asks Americans to surrender their freedom in exchange for all sorts of material benefits. In V, the aliens specifically promise universal health care, clean energy, and vast public works projects. Even the press picked up on the resonances with President Obama’s campaign promises. And of course no show does a better job than South Park of exposing the hypocrisy and pretensions of elites in America, especially in Hollywood.

Mises Institute : You dedicated your earlier book, Gilligan Unbound, to your VCR, which is now antique technology. How has the process of analyzing pop culture itself changed over the past decade?

Paul Cantor : DVDs and DVRs have changed not just the way pop culture can by analyzed; they have changed the way it can be viewed in the first place. We can now read films and television shows the way we’re used to taking in books. We can view films and television shows at our own pace, pausing over moments we really like, and returning to points we might not have comprehended at first viewing. This allows creators of film and TV series to risk levels of complexity they never felt comfortable with before. That’s why we’re getting such convoluted and sometimes borderline-incomprehensible shows on TV today. And of course when it comes to analyzing these shows, DVDs and DVRs are a godsend.

I don’t even want to think back to how difficult it was to rewind and fast-forward videotapes when I had to search for particular passages while writing Gilligan Unbound. Now I can find any scene I need in seconds. And DVDs often contain supplementary material that is a scholar’s dream. Interviews with writers, producers, and actors sometimes confirm one’s take on a given show. I often ask myself: what did scholars ever do for the entertainment business to deserve this kind of help from it? Deluxe DVDs with bonus material are among the most scholarly artifacts our civilization has ever produced. And no government planning was involved. For purely commercial reasons, the market simply generated archival material that should be the envy of any academic or government institution.

Mises Institute : In Invisible Hand, you note that after 9/11, many commentators — who hold a more positive view of the nation-state than the X-Files — gloated at the possibility that 9/11 had killed the X-Files’s cynical approach to the nation-state. Yet — to paraphrase a line from another sci-fi franchise — could we say that the death of the X-Files has only made it more powerful?

Paul Cantor : I’m not sure that The X-Files has become more powerful since it went off the air. After all, at its peak it had high ratings and an even higher profile in our culture. Still, it’s worth noting that the widespread prediction that The X-Files would drop off the cultural map after 9/11 has proven to be wrong. In the last part of my book, I argue that The X-Files still has much to tell us about the War on Terror and the assault on civil liberties in the United States. And in my last chapter, I show that The X-Files gave birth to all the alien invasion narratives that have proliferated on television since 9/11. Fringe, for example, is about rogue FBI agents, government cover-ups, mad scientists, paranormal events, the mysterious abduction of a child, and attempts by sinister forces to penetrate U.S. borders. How close can you get to The X-Files before you get sued? It may still be too early to tell, but it appears that Scully and Mulder have become permanent features of our cultural landscape.

Mises Institute : While Hollywood clearly has a reputation as a place sympathetic to leftism and social democracy, there are a few shows with overtly libertarian themes. Deadwood is one, and South Park is another. You deal with both in your book. What do you think the success of these shows tells us about Hollywood and the viewing public?

Paul Cantor : I won’t give away any secrets, but my sources tell me that there are a number of closeted libertarians in Hollywood. Fringe became overtly libertarian in its fifth and final season, even changing its “flash cards” in its opening credits to emphasize libertarian themes. Can you believe that the show spotlighted “ownership” in its opening catalog of the fundamental principles of human existence? Even when Hollywood isn’t operating with the full-fledged principles of Austrian economics (which, admittedly, is almost all the time), there is a good deal of what might be called “left libertarianism” in films and television shows. Creative artists often have an instinctive grasp of what freedom entails, and died-in-the-wool libertarians should be prepared to make common cause with such potential fellow travelers.

As for the viewing public, it still responds to films and television shows that champion freedom. That is one of the central themes of my book. The American tradition of independence and self-reliance may no longer be as strong as it once was, but it has not died out. Thus the public continues to exert pressure on the entertainment industry to come up with visions of freedom. This is especially true in the case of science fiction, which is why my book dwells so much on flying saucers, alien invasions, and parallel universes. It doesn’t hurt that, when it comes to shape-shifting aliens, I’m still a little kid at heart, but I hope that I’ve found an intellectual and libertarian justification for my incurably adolescent taste in films and especially TV shows. People are always telling me to watch Downton Abbey, and I ask them: “Does it have a libertarian vampire in it?”

Paul A. Cantor (1945–2022) was Clifton Waller Barrett Professor of English at the University of Virginia and the author of Pop Culture and the Dark Side of the American Dream: Con Men, Gangsters, Drug Lords, and Zombies.