GET NEWS AND ARTICLES IN YOUR INBOXPrint
A
A
Home | Mises Library | OMG! There's Discrimination in the Modeling Industry! 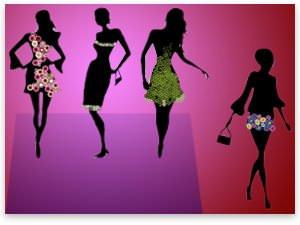 [An MP3 audio file of this article, narrated by Colin Hussey, is available for download.]

The Australian media recently featured a story of an allegation of race discrimination in the modeling industry.[1] Ms. Kema Rajandran, a beautiful young Indian model, complained to news services about a modeling agency in Perth that advised her that her work would be limited because of her race. In an email to Ms. Rajandran, the coordinator of the agency said,

We think you are very photogenic and would be suitable for our Casting Division. … Please note however that as you are of non-Caucasian heritage your work opportunities in Perth would be extremely limited.[2]

Now, there is no doubt that this is race discrimination, or at least an indication that Ms. Rajandran can expect to encounter race discrimination in her future attempts to book modeling work in Perth. Evidently offended by this news, Ms. Rajandran told the Australian media that she plans to speak out against the agency (and in fact was already doing so, by complaining to the media about the matter in the first place).

In response, the manager of the modeling agency adopted the don't-shoot-the-messenger defense, arguing that the agency was just being honest with Ms. Rajandran about her prospects in the Perth modeling industry. "This is just ridiculous," the manager told the media. "I don't see that this is race related. If we don't feel that she's going to secure work in the Perth market … then we tell [her] about it. We have the liberty to give an honest opinion."[3]

Really? Not race related? Doesn't that term "non-Caucasian heritage" have just a little bit to do with race?

Let's get real here: this is race related. Ms. Rajandran has been advised that she is, or will be, the subject of adverse race discrimination as a model in Perth. She has been explicitly advised that she will find it harder to get modeling work because she is not Caucasian — and you don't get too much more clear-cut than that. It is quite likely that this race discrimination is not the agency's decision, and that they are indeed just the messenger, but it is nonetheless real. This is race related.

So is this unfair? There is something about race discrimination that certainly seems unfair to many people. Ms. Rajandran can't change the fact that she is Indian, nor, presumably, would she want to. She has no control over her race and had no choice in the matter to begin with — she was born with Indian heritage, and she will die with Indian heritage. It is not a characteristic that reflects on her character or decisions. And she is therefore facing adverse consequences from a personal characteristic that is not of her own making. Nevertheless, something seems amiss. Something rings hollow about her protests. But what is it?

This moral similarity between race discrimination and other kinds of discrimination is quite interesting. In his writings on discrimination, Professor Walter Block exposes the absurdity of attempts to forcibly equalize representation in different occupations and activities amongst demographic groups, saying,

Even if such a policy were possible to administer fairly, which it is not, even if it did some good, which it does not, it is always open to the charge of hypocrisy, for there is no difference in principle between the characteristics which are presently protected (race, gender, nationality) and those that are not (height, weight, intelligence, beauty). And further, the characteristics we have so far considered are only the tip of the iceberg of those upon which people discriminate.

In addition, to mention only a few more, there is hair color, the side of the head upon which people part their hair, fastidiousness, neatness, strength of handshake, biliousness, loudness, shyness, considerateness, reliability, left or right handedness — the list goes on and on.[4]

Ask yourself, why is it that Ms. Rajandran can make a living as a fashion model, but Professor Block probably could not? If your visual assessment is anything like mine, you'll notice the following: Ms. Rajandran is a young woman, whereas Professor Block is an older gentleman, whose peak of physical beauty is probably a few years behind him. She is extremely lean and physically fit, whereas he is a bit stockier, with less muscle tone and a touch more bulk. She has a beautiful, youthful face, full lips, stylish hair, taut skin, a long elegant nose, and big bright youthful eyes. He has quite a handsome face, but with older, less-taut skin, smaller eyes, a bigger, more-bulbous nose, scruffier and grayer hair, and a proud bald cranium — not exactly in high demand in the modeling world. (But at least he doesn't have to worry about discrimination on the basis of which side he parts his hair!) 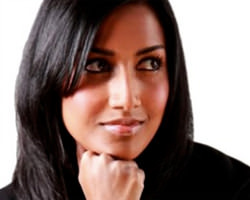 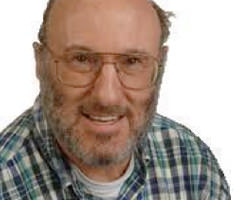 Doubtless, Professor Block is a handsome fellow. But absent some major change in the kind of "look" favored in the modeling world, he is not likely to appear on the catwalk anytime soon. He is of Caucasian heritage yes, but nonetheless, due to other unchosen characteristics, his opportunities in the modeling world are, as a modeling agency might put it, "extremely limited."

Some of these features are within a person's control, or at least their partial control. No doubt Ms. Rajandran and other models spend large amounts of effort exercising, eating well, caring for their skin, and grooming themselves in order to maintain their exemplary looks. But there is also no doubt that some of these features are genetic, or at least partially genetic. For most women, no amount of effort — or even surgery — will enable them to look as stunning as Ms. Rajandran. In fact, many of her loveliest facial features are probably a direct result of her genetic lineage and her "non-Caucasian heritage." Is it fair that she can earn large amounts of money as a fashion model, whereas other women cannot? Is it fair that she was born with a genetic endowment that led her to grow into a highly attractive young woman, capable of being a model?

Ms. Rajandran did not choose to be Indian; she just is. But she also did not choose to be naturally beautiful; she just is. Without discrimination on the basis of the superficial traits that make a model a model, she would be just another face among three billion women. She would not be capable of earning a living with her looks if not for the fact that people often judge others on the basis of superficial physical traits and like to look at physically attractive people. This discrimination is her bread and butter; she benefits directly from these superficial judgments, since her appearance puts her in a superior position compared to most other women. Though she complains of race discrimination in the present case, it is only because of similar kinds of discrimination, equally capricious, that she is special — that she can be a model, and other women cannot.

The present complaint, therefore, is somewhat selective. Moreover, even race-based discrimination in modeling often cuts both ways (though it may not even out). When casting agents in a predominantly Caucasian country tell an Indian model that they love her "exotic look," that is basically code for: you are not Caucasian, and we like it! This kind of race-related discrimination is apparently perfectly fine, since we don't see any media headlines cropping up when it happens. But race-based discrimination against a non-Caucasian model! Good God! Alert the authorities! (Which, sadly, is exactly what has happened.)

One would think that a beautiful model would be aware of the fact that her career rests almost entirely on her own appearance and the superficial judgments of others. But not so. In fact, Ms. Rajandran told the media that she was shocked by the email incident. According to media reports, she "hoped that by her speaking out about it, the practice of culling models based solely on their appearance would change."[5] Whoa, be careful there darlin' — the irony meter is going berserk! This thing's about to blow!

Even leaving Ms. Rajandran aside for the moment, a cursory look at other female models leads one to the unmistakable conclusion that the entire modeling industry is built on superficial kinds of discrimination, focused on characteristics that are largely the results of unchosen genetic gifts. This means that if race discrimination in modeling is unfair, then so is the entire idea of modeling — of favoring the beautiful over the ugly, the tall and thin over the short and stout, the young over the old, of favoring this "look" over that one, and so on. 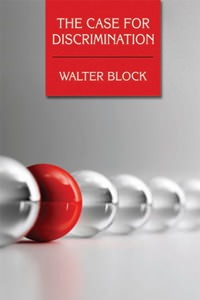 Let's suppose that the offending modeling agency is correct in their assessment that the prospects for a non-Caucasian model in Perth are extremely limited. Why would this kind of race discrimination exist? Though there are certainly some people in the modeling industry who have control over the kinds of models chosen, presumably the ultimate culprit is the public, whose viewing and buying decisions determine what kind of "look" a modeling campaign needs to have in order to be successful. As Mises has noted, it is consumers, not producers, who are the ultimate decision makers in the market economy; it is not a particular modeling agency that is ultimately in control of the kinds of women who make it as models. Although they are the decision makers in many individual cases, in the long run, it is the preferences of people in the public who drive the demand for models of different kinds.[6] If there is a preference for Caucasian models in the modeling industry, then this is most likely the result of the preferences of consumers in the public, just as is the preference for thin models over plump ones, young models over old ones, and so on.

If one has a complaint about race discrimination in modeling, then the ultimate target of that complaint is, well, basically everyone. People care about looks, and one's race and genetic lineage affect one's looks. Ms. Rajandran's deep-brown eyes, silky dark hair, light-brown skin, and long, elegant nose are all a product of her "non-Caucasian heritage," and yet these characteristics may well have been responsible for booking her some of her modeling gigs, and putting her image in front of thousands of gawking men the world over.

A special thank-you is in order to Professor Walter Block, who kindly gave his blessing to be featured in the above physical comparison with a twenty-something-year-old model. Thanks to Professor Block for his commitment to sound thinking about discrimination, and his sense of humor.

[6] See Ludwig von Mises, Bureaucracy (2007), p. 17. There is some dispute in the present matter as to whether modeling agents are responding to actual public preferences, or simply self-profiling, in the absence of any particular public preference, or in opposition to them. Suresh Rajan, former president of the Ethnic Communities Council claims that the preference for Caucasian models in Perth is due to "whether or not the market sees it as being relevant" (Rickard and Styles [2011]) though others in the modeling industry disagree. In either case, what is clear from Mises's work is that producers who do not produce in accordance with consumer preferences will not survive in the long run, and hence, ultimately, absent intervention, the consumers will drive the market.