Obama is Wrong About Entrepreneurship 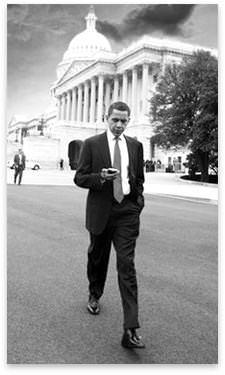 One of the most harmful of Barack Obama's public-private partnerships (PPPs) has to do with his support of entrepreneurship in an attempt to "spur job growth." I would like to show why this is not only a particularly bad idea but also a destructive one, leading to exactly the opposite of the result sought by the program.

Mr. Obama plans to create a business-incubator program to help more individuals start their own business. Obama's goal is the following:

Business incubators aim to help entrepreneurs in the startup and early stages of growth by creating an infrastructure of resources for a company. This may include providing the company with an office, access to a network of mentors, help with regulatory requirements, and access to funding. It is important to note that in the United States over 70% of business incubators are funded by government or government-funded institutions (e.g., economic development organizations, universities), while only 4% are for profit.

Of course, Obama's nominal figure of $250 million seems like a drop in the government cesspool when compared to the trillions of dollars being wasted on company bailouts and US war efforts. However, there is a more fundamental question here of whether Obama's effort to "spur job growth" by facilitating the creation of startup companies is actually desirable. Are more startup companies a "good thing?" Do they create jobs? If so, what kind of jobs?

Since I have already argued the Austrian case for the fallacy of government investment and the adverse effects of government intervention, I will now turn to some empirical research findings on startup and small companies, and how they compare to larger companies. While these views will be contrary to what many government officials regurgitate, Professor of Entrepreneurial Studies Scott Shane argues that policy makers should not attempt to encourage entrepreneurial activity, as it is not a "worthwhile goal."

Contrary to popular myth, startup companies do not generate many new jobs, and actually create net job losses after their first year. Findings from the Bureau of Labor Statistics support this fact.

For example, in 1998 there were 152,668 people employed by new startups in the leisure and hospitality industry, a number that declined year after year, until there were only 105,941 people employed by those same startups in 2002 — a 31% loss (see table I). The figures are similar for nearly all industries, and overall there is net job destruction after the first year for a startup company.

In addition, there is a waste of resources being used in the creation of most small businesses. Only 44% of new businesses are in operation at the end of 4 years.

And other studies have found that after 7 years only 33% are still in business with a positive cash flow. Professor Shane, using US census data, explains the amount of labor and time a startup would need to add just nine employees:

to create one business employing at least one person in ten years, we need 43 entrepreneurs to begin the process of starting a company. And the typical business that is created will have nine employees in a decade. That is, 43 people have to try to start companies so that we can have 9 jobs a decade from now.

While the average new business is a waste of resources, what about other startups that have generated millions of jobs, billions of dollars in revenue, and grown into multinational corporations? We can think of Google, FedEx, Dell, Microsoft, eBay, and many other startup companies that have benefitted many people's lives. The common link between all of these companies, however, is the market solution of venture-capital funding, not government intervention.

In addition to a waste of resources to create few jobs, the average startup is also less productive than the older firm. Only a small percentage of startups improve productivity and add to better resource allocation. In answering the question of whether more startups are desirable, we can look to a paper — "Productivity Differences Across Employers: The Roles of Employer Size, Age, and Human Capital" — by John Haltiwanger, Julia Lane, and James Speltzer (1999) in the American Economic Review. They showed that firm productivity increases with firm age. That is, older firms make better use of existing resources than younger firms. So if government encourages more people to start more firms, instead of working for existing firms, they are creating an incentive to decrease productivity.

Governments that create incentives for the average startup do not benefit anyone, including the entrepreneur starting the business. Professor Shane explains why we should be wary of government involvement in startups:

I'm not sure we'd be doing the entrepreneurs themselves any favors either. When governments intervene to encourage the creation of new businesses, they stimulate people to start new companies disproportionately in competitive industries with lower barriers to entry and high rates of failure. And the entrepreneurs who run those businesses typically earn less money and have worse benefits than they would have earned had they remained working for someone else.

What is the difference in benefits between small and large companies? The US General Accounting Office (GAO) 2000 report on pension plans shows that 82% of firms with fewer than 25 employees lacked pension coverage.

In contrast, the GAO report found that among firms with 100 or more employees, only 41% lacked pension coverage. Why this difference? Nineteen percent of the GAO sample said that uncertainty about future revenue was a reason the firm could not commit to a pension plan. 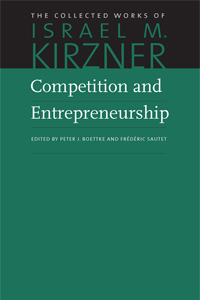 To conclude, average startup companies create few jobs — and do so only in their first year — and they offer fewer fringe benefits than larger companies. They make worse use of resources relative to older firms and are less productive. Government efforts to stimulate entrepreneurship and startup companies, and to spur job growth, are not only detrimental to market participants but to the startup companies themselves.

Austrolibertarians will no doubt agree with Professor Shane's conclusion: "So perhaps we would be better off letting the market work and not provide extra incentives for people to start businesses."

Policy makers would do well to heed this advice, not only because of the Austrian theory of government intervention but also because of history: the empirical evidence on the average startup company reveals a record of loss rather than gain.