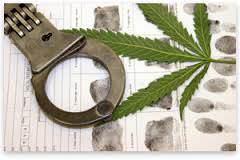 Public opinion now favors the outright legalization of marijuana with nearly three-out-of-four adults in favor of legalizing medical marijuana. These numbers should continue to grow, because the polls exhibit a type of “generation effect,” in that people are not changing their minds as they grow older. Some prominent and diverse figures, such as Joycelyn Elders (Bill Clinton’s Surgeon General) and the Reverend Pat Robertson now openly support the legalization of marijuana.

Ideally, libertarians want to end the war on all drugs, fully and immediately, but in reality that will only happen after necessary initial steps are taken. Colorado and Washington have already taken some steps by legalizing marijuana. Other states will surely follow.

Marijuana, of course, is still illegal everywhere under Federal law. Will the Feds do something about Colorado and Washington? You bet they will. They have already announced their intentions to target large-scale growers and distributors. They claim they will not go after consumers, if only due to a lack of resources. As President Obama said, “We’ve got bigger fish to fry.”

The people of Colorado and Washington have effectively nullified US drug laws in their states, with respect to marijuana. Nullification occurs when a state, by legislation or referendum, invalidates a Federal law that it deems unconstitutional or otherwise harmful. Colorado and Washington have sent a powerful message that echoes far beyond the illegal drug market. For a complete treatment of the theory, history, and vital importance of this subject I recommend Thomas E. Woods’s book, Nullification: How to Resist Federal Tyranny in the 21st Century.

Moreover, the people of Colorado and Washington are also effectively nullifying an international treaty on drug prohibition. The United Nations Convention against Illicit Traffic in Narcotic Drugs and Psychotropic Substances of 1988 seeks to enforce and monitor the prohibition of illegal drugs.

In effect, the voters of Colorado and Washington have placed themselves and their states on equal legal footing with both national and international governments. This is important, because, if thanks to nullification, governments have to obtain acceptance, or at least acquiescence from subsidiary governments, rather than just imposing their dictates on them, they are more likely to act in a less threatening and harmful manner.

This is why the Federal government is faced with a difficult choice. It can leave Coloradoans and Washingtonians alone and hope the nullification movement does not spread, or it can try to impose its will by marshalling the police resources necessary to start busting growers, retailers, and even consumers.

The two states are currently facing difficulties with constructing a state-regulated system for marijuana production, distribution, and sales, as well as establishing guidelines for the medical and industrial marijuana industries. This is not surprising, because by nature, governments at all levels do a poor job of organizing anything, especially if it is something new or different.

Part of the states’ difficulty is attributable to the Federal government’s unwillingness to show its hand. State Representative Matt Shea said that “The constant contradictions coming out of this (Obama) administration lead to a massive amount of uncertainties.” All this regulatory uncertainty is clearly bad for the development of legalized marijuana markets.

Sword of the State

Drug prohibition is the “sword of the state.” The state must be willing to use force against its citizens and it must occasionally demonstrate this willingness by harming, arresting, imprisoning, and even killing its citizens. Prohibition is the perfect instrument because it is typically used against distrusted minorities and poor people. Such groups have little political clout and are naturally lured into participating in illegal markets by the large amounts of money involved.

The war on drugs is literally a street war. Smugglers, drug dealers, and street gangs—who make their money selling drugs—are armed to the teeth with high-powered weapons. The police counter with machine guns, bullet-proof vests and helmets, and even tanks. The collateral damage to innocent people has been enormous.

Peter Andreas argues in Smuggler Nation: How Illicit Trade Made America (2013) that the regulation and policing of illegal markets has been a primary driving force in the creation and growth of the central state apparatus since colonial times: “So even though warfare and welfare are typically viewed as the main drivers of big government, Smuggler Nation highlights another motor: increased government size, presence, and coercive powers via the policing of smuggling” (p. 7).

The war on drugs has led to the militarization of the police, a vast increase in police power, and a prison system with over 2 million prisoners, a significant number of which are imprisoned due to prohibition and smuggling. The war has also led to a significant decrease of our constitutional rights and a substantial increase in what the police, investigators, and the court system can do to limit or infringe on our rights.

Therefore, people can make a law invalid if juries routinely apply jury nullification to the prosecution of crimes based on that law. Basically, if juries know they have the right to nullify a law, and that if many juries consider the law unwanted, unjust, or unconstitutional, then the law becomes de facto repealed.

There is a great deal of debate over jury nullification. The State would like to see jury nullification prohibited, however, they have thus far been unsuccessful. Short this power, jurors are prevented from learning their rights, in most jurisdictions. The court does this by preventing defense attorneys from discussing nullification with the jury and by giving instructions to juries that only vaguely hint at the possibility of nullification. Judges often bully juries to make their decisions based on the established laws of the state, rather than on whether a true crime has been committed.

In contrast, some legal scholars note that nullification has long been a right of juries. This right is supported by common law and legal precedent. The problem has been that juries are not informed of this right. However, there have been developments that suggest that jury nullification is making a comeback in the battle against big government.

In 2012, New Hampshire passed a law that permits defense attorneys to inform juries of their rights to nullification. This is a good sign, although it is unclear how many juries have become “informed” as a result. Legal expert Timothy Lynch considers the law an improvement, but that it is too weak to be considered a full remedy for the rights of defendants and juries.

J.D. Tuccille has pointed out that there has been a sharp increase in the number of “hung jury” trials in the United States, and the evidence suggests the increase is the result of de facto jury nullification. If that is the case and people are nullifying laws in large numbers across the country—and are unaware that they have a right to do so—then that is a very good sign. It means that a large and growing number of Americans recognize that their government and certain laws are corrupt and immoral and they are willing to disregard jury instructions from a judge.

If the people of Colorado and Washington wisely use the power of jury nullification to protect otherwise law abiding consumers, growers, and distributors, the Federal government would be stripped of its power in that area. Moreover, such developments would spread the news about the power of jury nullification and we would once again reestablish a powerful antidote to big invasive government.