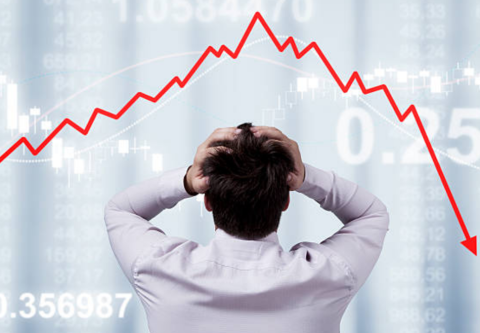 We are now hearing ominous warnings about imminent deflation. Checking the welcome page at AOL this morning, I see that the lead item in the financial news section heralds “The Looming Threat of Deflation.” This headline encapsulates two highly problematic ideas. The first is that deflation would necessarily be a bad thing. The second is that deflation is likely to occur in the near term.

That deflation is always and everywhere a bad thing—not simply a bearer of bad news but bad news in itself—is now an almost universal article of faith among mainstream economists and financial commentators. Clicking on the scary headline, I opened an article by Ted Allrich, who is described as “the founder of The Online Investor and author of the book Comfort Zone Investing: Build Wealth and Sleep Well at Night.”

Allrich’s article, which does nothing to alter my belief that most investment “experts” are simply charlatans, encapsulates virtually every untutored and fallacious idea you’ve ever encountered in regard to deflation.

As he tells the story, deflation brings on all the horrors in the catalog of economic devastation.

As businesses fold, capital dries up because investors don’t believe any business will make it, no matter what the product or service. Investors hang on to their cash. Hoarding becomes synonymous with survival. Wall Street (what’s left of it) can’t find capital for new companies to grow. Investors won’t invest.…

So with deflation, there is less of everything. Businesses don’t grow. Jobs are fewer. Capital is not available. Everything comes to a slow and grinding halt.

Allrich concludes his litany of deflation horrors, naturally, by singing the praises of inflation: “Regular inflation, in fact, can be a good thing since it suggests an ever growing economy where jobs are plentiful and goods and services abound."

Well, all right, we can’t expect Allrich to have read George Selgin’s splendid little book Less Than Zero: The Case for a Falling Price Level in a Growing Economy (London: Institute of Economic Affairs, 1997), or Guido Hülsmann's Deflation and Liberty (Mises Institute, 2008). After all, investment experts are busy people.

But why, one wonders, has he not taken to heart what I wrote thirty-seven years ago in my first book, The Transformation of the American Economy, 1865–1914 (New York: Wiley, 1971), on p. 21: “Notably, rapid economic growth occurred both before and after 1897; neither a falling nor a rising general price level was uniquely associated with economic growth.”

To elaborate just a bit, the rate of economic growth from 1866 to 1897, a period of secular deflation, was perhaps the greatest ever experienced by the US economy during a period of comparable length. Real GDP grew by more than 4 percent per year, on average, notwithstanding the persistent deflation.

So, even if you’ve not mastered the works of Ludwig von Mises and Murray Rothbard, even if you are a confirmed positivist in your methodological bent (as I was in 1971), you can see clearly that the rate of economic growth and the rate of price-level change have been independent, at least within the ranges of these variables in US economic history.

(Hyperinflation or hyperdeflation would be another matter: either would be devastating by making economic calculation and long-term contracting virtually impossible.)

Any decent economics teacher makes sure that before the students have gone more than a week or two, they have mastered the difference between absolute (nominal) and relative (real) prices. All of economic analysis hinges on this understanding. Yet practicing politicians, investment gurus, news media hyperventilators, and others who play important roles in influencing public opinion are completely lacking in this basic understanding. The upshot is a destructive bias in favor of secular inflation, with the risk of periodic bouts of rapid inflation.

Which brings us to the second question: for better or worse, does deflation actually loom at present? If it does, its occurrence will surprise me greatly, because the Fed has been creating base money as if there were no tomorrow, and if the bailouts continue, as seems likely, more of the same is virtually certain.

So far, the huge spurt in base money has simply been absorbed and held by the banks in the form of (legally) excess reserves, but the likelihood that the banks will sit on $268 billion of excess reserves forever is nil. Once they feel more secure, their loans and investments will go forth in search of a higher yield than the Fed pays them (since a recent change in policy) on their reserves, and at that point the banking system’s money multiplier will kick in with terrific force.

In short, given the monetary conditions now prevailing, the greater threat by far is inflation, not deflation. And contrary to what the investment “experts,” the politicians, and the mainstream economists believe, inflation is not a benign element in the economy’s operation. It is, as it has always been, the most dangerous and destructive form of taxation.