A New Treatise on Money and Banking 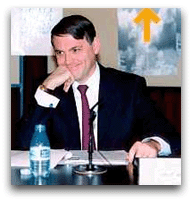 Some of the most significant contributions made by Austrian economists relate to the field of money and banking, among which we can now rank Money, Bank Credit, and Economic Cycles, by Jesús Huerta de Soto, professor of economics at the Universidad Rey Juan Carlos, Madrid.

In his first great treatise, the Theory of Money and Credit, Ludwig von Mises improved on Carl Menger's subjective theory of value and showed how it can be integrated with the theory of money. He also developed what could be called an ontology of monetary objects, subdividing them into two main groups: (1) various types of money per se and (2) various types of titles to money like banknotes, demand deposits, etc.

Mises placed particular emphasis on the analysis of the economic effects of money titles. In fact, the entire third part of his treatise is dedicated to the description of the effects brought about by the use of money titles that are not, or at least not entirely, covered by money in the vault of the issuing bank. Such uncovered money titles he called Umlaufsmittel, and as the German title of his work (Theorie des Geldes und der Umlaufsmittel) indicates, he was eager to single out the impact of uncovered money titles on the workings of a monetary economy.

Thus, Mises developed a highly original comparative analysis of what we call today fractional-reserve banking. His procedure deviates from the standard literature on money and banking in that Mises relies on a distinction that seems to relate more to legal than to economic problems. Many economists avoid this, for fear of being drawn into fruitless moral and legal debates. Indeed, is it not the chief virtue of economic science to be able to sidestep these issues?

Be this as it may, the fact is that Mises's analysis did yield important results. In particular, he demonstrated that fractional-reserve banking was the root cause of the business cycle, arguing that the issue of uncovered money titles reduced the interest rate in the credit market below its natural level, that is, below the level it would have reached in the absence of their issue.

This perspective on problems of money and banking fell largely into oblivion. (In part that is due to the unfortunate translation of the title of Mises's work. The word Umlaufsmittel translates literally into "means of circulation," but was rendered in the text as "fiduciary media." To be consistent, the title of the book should thus have been Theory of Money and Fiduciary Media, but unfortunately this too was abandoned in favor of the stylistically smooth but toothless Theory of Money and Credit.) Few authors have consistently developed, explained, and applied Mises's approach.

Most important among these are Murray Rothbard and Hans Sennholz, who in numerous books and pamphlets have stressed the economically significant differences between (market) commodity money and (government) fiat money, and between 100-percent banking and fractional-reserve banking. Rothbard's great achievement was to fit the theory of 100-percent as compared with fractional-reserve banking into an overall theory contrasting market actions and government interventions on both legal and economic grounds. Yet, neither Rothbard nor Sennholz wrote a treatise on money that is comparable to the one written by Mises, which first appeared in 1912.

The significance of Jesús Huerta de Soto's new 875-page book, Money, Bank Credit, and Economic Cycles, is precisely that it is the first Misesian treatise on money and banking to appear since the publication of Mises's original work ninety-four years ago.

De Soto's book is both more restricted and much more ample in scope than Mises's Theory of Money and Credit. De Soto does not systematically deal with the principles of money, but explains them rather cursorily in his many brilliant discussions of specific issues relating to fractional-reserve banking. Thus, although his book is sound when it comes to economic principle, it is not, strictly speaking, a theory of money. Its real field is the analysis of money and banking, which it approaches from a legal, historical, and economic point of view, with a heavy emphasis on the business-cycle effects of fractional-reserve banking.

Mises developed his theory of fractional-reserve banking by first analyzing the principles of money and then proceeding, step by step, to the examination of the economically relevant problems of banking. De Soto, in contrast, first examines the legal character of certain banking activities like credit banking and deposit banking, and then goes on, step by step, to point out their economic implications.

Thus, in chapter 1 he starts with a discussion of the juridical nature of deposit contracts and of the natural-law principles of deposit banking deriving therefrom. In chapter 2 there follows an extensive discussion of the violations of these principles throughout history, from antiquity over the middle ages and sixteenth-century Spain to eighteenth-century Holland (Bank of Amsterdam) and France. Chapter 3 contains a highly interesting refutation of various juridical justifications of fractional-reserve banking.

Of particular interest is his critique of the most important modern justification of fractional-reserve banking, which stresses that credit contracts and deposit contracts are essentially the same thing. Huerta de Soto claims that this confusion stems from a weakness inherent in Anglo-Saxon common law, namely, that because of its preoccupation with individual cases, common law tends to lose sight of the larger legal issues involved in a case. It is therefore not surprising that fractional-reserve banking was legally sanctioned in Britain, whereas it was successfully countered on the Continent, where lawyers and economists trained in the Roman-law tradition approached the issue from a more systematic point of view.

Chapter 4 is the first out of five chapters containing in-depth economic analyses of fractional-reserve banking. In these chapters, de Soto's scholarship is even more impressive than in the first three chapters. He first examines the process of credit expansion (chapter 4) and then discusses the business-cycle effects of credit expansion (chapter 5). He supplements this discussion by some further considerations on business-cycle theory (chapter 6) and by a refutation of monetarist and Keynesian tenets on capital theory (chapter 7).

All in all, de Soto thus dedicates hundreds of pages to the discussion of the business cycle and of Austrian business cycle theory. This is by far the most extensive treatment of these matters in print, setting new standards for Austrian scholars. Among the many related contributions in these chapters are his refutation of the idea that reliance on the law of great numbers can protect fractional-reserve banks from overissues, as well as his explanation of the tendency toward centralization of the whole banking industry inherent in fractional-reserve banking.

Huerta de Soto argues that the "false debate" between central bankers and fractional-reserve free bankers emerged during the debate in Britain between the Currency and Banking Schools. Advocates of the currency principle (in particular, John R. McCulloch and Samuel M. Longfield) adopted the abovementioned position that a central bank was necessary to control the expansionary fractional-reserve banks.

De Soto effectively criticizes central banking by showing that it is an instance of socialist regimentation, which distorts economic calculation and thus obstructs the rational allocation of resources. He applies the same criticism to fractional-reserve regimes and then proceeds to a refutation of more recent works (by Larry White, George Selgin, Kevin Dowd, and others) written to defend this scheme.

In his final chapter, de Soto deals with the problem of reforming our present monetary system, which combines fiat money and fractional-reserve banking under central bank control. He carefully discusses the reform proposals by Mises, Hayek, Rothbard, Maurice Allais, and the old Chicago School, and then comes up with his own proposal, favoring free choice in money and a 100-percent-reserve banking system.

Again, de Soto has set new scholarly standards with this detailed discussion (chapter 9) of monetary reform from an Austro-libertarian point of view. In conclusion, let us observe that the step-by-step analysis in Money, Bank Credit, and Economic Cycles, which starts from legal distinctions and then proceeds to discuss related economic issues, has a decidedly Rothbardian twist.

Huerta de Soto's solid elaboration of his arguments along these lines makes his treatise a model illustration of the Austrian approach to the study of the relationship between law and economics. In this approach, legal distinctions are fundamental and economic analysis is a derived analysis. The latter takes up the distinctions established by the former and explores their economic significance.

As de Soto's pathbreaking analysis demonstrates, this approach to law and economics is not only relevant for the understanding of micro-economic phenomena like consumer demand and pricing, but is also helpful to elucidate macro-phenomena like inflation and business cycles.

Money, Bank Credit, and Economic Cycles is the most comprehensive analysis of fractional-reserve banking and of business cycles in print. All serious students of these subject matters will have to become acquainted with it.

This review was published in the Quarterly Journal of Austrian Economics, Volume 3, Number 2 (Summer 2000), pages 85-88. See also the following Mises.org articles written by Jesús Huerta de Soto: "New Light on the Prehistory of the Theory of Banking and the School of Salamanca," "A Critical Analysis of Central Banks and Fractional-Reserve Free Banking from the Austrian Perspective," and "A Critical Note on Fractional-Reserve Free Banking." De Soto was interviewed for the Austrian Economics Newsletter.