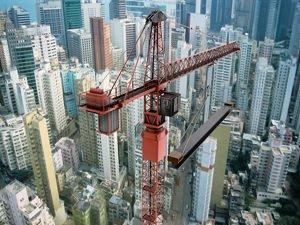 An Interview with Mark Thornton

From CNN to Barron’s to Le Monde, Mark Thornton has been featured as an authority on how record-setting skyscrapers signal impending economic downturns. Last month, Dr. Thornton spoke with us about the Skyscraper Index and the Skyscraper Curse.

Mark Thornton: Record-setting skyscrapers are a prominent example of how distortions in interest rates (i.e., actual rates below “natural” rates) alter the economy’s structure of production in an unsustainable manner, but obviously it is not the building of a very tall building that causes an economic crisis. The most general impact on the economy is that the structure of production is reoriented toward longer run and more roundabout production processes. Record-setting skyscrapers usually require a multitude of new technological processes and systems all of which have to have their own production, distribution, installation, and maintenance systems. This is symptomatic of the entire economy in an artificial boom.

Another general impact on the economy is an increase in the amount of investment and consumption, and a decrease in saving. This means that balance sheets of businesses become relatively more leveraged and thus firms become more susceptible to failure. With skyscrapers and related markets there is a large increase in capacity, namely, the amount of office space and related services means that expected future prices are unlikely to be achieved and therefore expected profits will not be achieved and losses will increase. Once boom has turned to bust, the existing capacity to produce new extremely-tall skyscrapers will greatly exceed demand for producing skyscrapers, and profit margins will be squeezed tight for the construction and materials firms that survive the bust.

MI: So how can we know if a tall building is a sign of an economy-wide problem?

MT: My first detailed article on the Skyscraper Index was published in 2005 and, the first major test was the housing bubble in the United States and elsewhere. In 2007, I identified the record-setting new skyscraper in the United Arab Emirates (now known as the Burj Khalifa Tower) as a possible skyscraper crisis signal.

Skyscraper alerts are given when “ground breakings” occur on construction projects that are projected to break world, continental, and national records. In contrast, skyscraper crisis signals are given when construction actually exceeds the previous record. The distinction between the two recognizes that not all such projects will be completed as planned.

It was at this same time that the U.S. stock market reached its peak and began to roll over. The housing market which had been strong for many years finally stalled and then began to turn negative in terms of housing starts, housing sales, and housing prices. Mortgage financing companies began to falter and fail. Employment in the construction industry began to decline quickly. I even found that illegal immigrants from Mexico had started to return home because of a lack of jobs. A nascent recovery or correction from the boom had begun in earnest by the end of the year.

However, by January of 2008 the Federal Reserve had begun to take actions beyond the traditional scope of Fed policy. They went beyond the typical policy moves of cutting the federal funds rate and discount rate and embarked on a long series of unprecedented policy moves designed to bail out the large banks, supposedly with the purpose of preventing contagion effects in the broader economy. The U.S. Treasury was also very active in attempting to bail out the economy in a rather unorthodox approach.

MI: So it doesn’t look like record-setting skyscraper construction has stopped.

MT: In 2009, Dubai began to experience financial trouble and had to delay payment on its debt to finance the Burj Khalifa Tower. When the Tower officially opened in January of 2010 the sovereign fund of the United Arab Emirates, which built the skyscraper was broke and had to be bailed out by the sheikh of Abu Dhabi for $10 billion.

CNN reporter Kevin Voigt took note of my research on this in 2010, and reported that I had predicted “tough times” for the emirate in 2008.

The next major skyscraper signal was of the regional or continental variety. When the Shard building in London surpassed the 1,000-foot mark, it set a new skyscraper record for Europe. At the time, the Eurozone crisis had already started to be revealed in some of the smaller nations of Europe, but major European stock markets and the euro were generally considered strong. By the time the Shard building officially opened in July of 2012 the Eurozone crisis was clearly evident with the sovereign debt crisis striking the PIIIGS (Portugal, Italy, Iceland, Ireland, Greece, and Spain).

There was also a spreading concern over the future of the euro. More recently there has been the banking crisis in Cyprus and the widening uncertainty surrounding Germany’s request to have some of its central bank gold reserves returned from New York. In the wake of the forthcoming bailouts, in 2012, I reported that most European stock markets and sovereign debt problems have been papered over, but overall debt levels and unemployment rates have remained dangerously high.

The next skyscraper event occurred in the U.S. when One World Trade Center reached a record height in May 2013. Strictly speaking, the record-setting status is ambiguous since the building’s record height depends on the inclusion of its very large antenna. Nonetheless, we’ll know in 2014 if One World Trade Center can be considered a crisis signal or not, practically speaking.

The last skyscraper signal occurred in 2013 in China where the Shanghai Tower became the country’s tallest skyscraper. The Associated Press reported the Tower surpassed the Shanghai World Financial Center that set the national record in 2008, which itself was a skyscraper signal for the 2008 economic crisis in China. So far this latest national signal has been accompanied by a declining stock market and widespread concern over declining rates of economic growth and the recent change in political leadership.

Finally, the latest skyscraper alert was also issued in China. Ground breaking ceremonies recently took place on what is planned to be the world’s tallest skyscraper called Sky City. This project is noteworthy because of the remarkably short construction schedule due to the company’s pre-fabricated construction process. On-site construction, however, has recently been delayed until April 2014.

MI: Where does this all lead?

MT: The confluence of regional skyscraper signals in Europe, North America, and China along with a skyscraper alert for a world economic crisis clearly suggests the possibility of a looming world economic crisis. This pattern would be very much like previous episodes of skyscraper records including the Panic of 1907, the Great Depression, the stagflation of the 1970s, the dot-com bubble, and the housing bubble. In line with these skyscraper-based predictions, a fundamental case can be built around the notion of a looming world economic crisis. Most of the world’s major economies are facing pressing economic difficulties, including the U.S., Europe, Japan, and China. Additionally, central banks have been engaged in a world currency war on a scale that has never been experienced in human history.