The Myth of CEO Pay and "Greed" 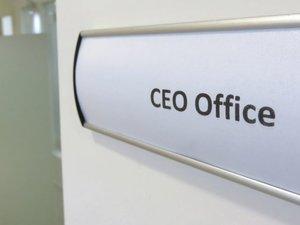 A comparison between CEOs and the average worker seems like a perfect manifestation of the old cliché, “the rich get richer and the poor get poorer.” During the recent financial crisis, stories were commonplace of CEOs paying themselves millions as they drove their firms into the ground. Not only that, we constantly read that CEOs are out-earning the average worker by a sickening amount — and that this gap is on the rise. And of course those reporting on these alleged trends do so to further a specific agenda: shameless greed and salary disparity.

One of the most common charges leveled against CEOs is that they out-earn the average worker 300:1. I’ve even seen a variation of this claiming a ratio of 500:1, but the more common figure cited is from the AFL-CIO, which claims a ratio of 331:1. Nowhere in the AFL-CIOs report is the disclosure that the CEOs in question are CEOs “of an S&P 500 Index company.” So, in fact, the sample is only of 500 CEOs, and those at some of the nation’s largest companies, while there are nearly 250,000 CEOs in the United States representing firms of varying size.

But read any news outlet and you get the same story. Look at Al Jazeera’s reporting, “In 2013 the average American CEO was paid 331 times what the average worker in the United States earned and 774 times what full-time minimum wage workers made, according to a new analysis released Tuesday by the AFL-CIO, the nation’s largest labor union.” The fact that this only reflects the pay of 500 CEOs not millions of Americans is clearly glossed over, as they even claim that this is representative of the “average CEO.”

Even the “experts” aren’t much better. Paul Krugman cites the same misleading statistic in his book The Conscience of a Liberal without clarification. Robert Reich, being at least half honest, uses the same stat for potentially millions to see in his documentary Inequality for All, but only clarifying who the stat represents — “big companies” — in his blog at UC Berkeley.

So we now know the greatest problem with the AFL-CIO statistic is that it is not representative of all CEOs, just those at the nation’s largest companies. The report does reveal an actual fact: there is a CEO to worker pay gap. The average CEO in the United States earned a salary of $178,400 in 2013, compared to $46,440 for the average worker (both figures exclude benefits). This is a radically different picture from the misrepresentation of the AFL-CIOs data report, which enthusiastically takes a group of outliers to draw conclusions from. The pay gap between the CEOs the AFL-CIO sampled and the average worker is a multiple of the gap between the actual average CEO and average worker.

In addition to pointing out the outrageous CEO salaries, many claim that CEO pay is on the rise. This maybe characterized as a “half-truth,” depending on how the claim is spun. When looking at CEO salaries at the nation’s largest companies, the gap in pay between CEOs and workers has increased. In the early 1980s, a gap of only 42:1 existed, compared to the gap of 300+:1 we see today.

For many, the rise in CEO pay relative to the average worker’s pay is a perfect illustration of the rise in inequality that Occupy brought to the nation’s conscience. And, we are told it should worry us if this disparity comes at the expense of the worker, as the CEO takes more and more for himself, leaving scraps for everyone else.

Luckily, this is not what happened. Something changed: the average size of a company on the S&P500. The companies comprising the S&P are ever changing, with larger companies replacing smaller ones. It would thus make sense that as the average market capitalization of companies comprising the S&P increases, the average CEO pay of those firms will increase. According to economists Xavier Gabaix and Augustin Landier in a study published by the National Bureau of Economic Research, “the six-fold increase in CEO pay between 1980 and 2003 can be fully attributed to the six-fold increase in market capitalization of large U.S. companies during that period.”

There are obvious exceptions to the rule, such as bailed-out firms paying their CEOs exorbitant salaries, or the seemingly oft-reported media stories on CEOs paying themselves handsomely as they run their firms into the ground, but they’re just that: exceptions.

Contrary to whatever narrative is implied by the “CEO pay is out of control” charge, this increase in pay has not been at the expense of the typical worker. Worker compensation (salary + benefits) as a percent of corporate income has been relatively stable since the 1940s.