GET NEWS AND ARTICLES IN YOUR INBOXPrint
A
A
Home | Mises Library | Must Catholics Adore the State?

Must Catholics Adore the State? 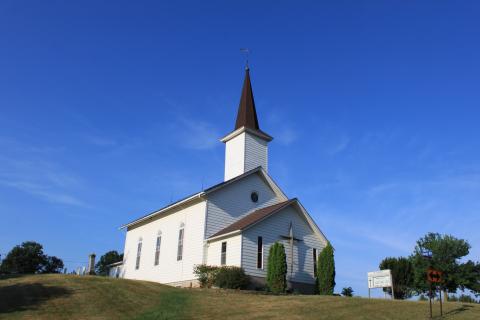 It's not always easy being a free-market thinker and a Catholic. On the one hand, you have centuries of economic thought going for you — a rich tradition of scholarship starting largely with Aquinas and culminating in Leo XIII's condemnation of socialism in the 1870s.

But on the other, you have several authoritative papal documents published since then that endorse various aspects of the modern welfare state, as part of a developing "Catholic social teaching." You also have modern Bishops allying themselves with a huge range of statist causes, and variously claiming that all the faithful should back wealth redistribution and government paternalism.

What should you do?

In the past, you could do little more than suffer and take solace in knowing that this teaching with which you disagree is not a doctrine, no matter how many are led to believe otherwise. Thankfully, those days are over with the publication of Thomas E. Woods Jr.'s The Church and the Market: A Catholic Defense of the Free Economy, an important book that explains the proper Catholic perspective on Church pronouncements on economics while presenting an overwhelming logical and ethical defense of the market system.

Woods acknowledges that the main thrust of 20th-century teachings on economics is far from laissez-faire. After all, Pius XI, during the height of Mussolini's reign, suggested that "certain kinds of property ... ought to be reserved to the State." Paul VI endorsed taxpayer-financed wealth transfers from rich western countries to less developed nations, and suggested a number of economic policies that these nations should follow in order to achieve prosperity. John Paul II, in turn, went well beyond his predecessors in suggesting that workers have a right to inexpensive or free health care as well as to rest, a paid vacation, and a pension.

Catholics who support property rights, the right to contract, and even small government must often contend with socialists (of the various stripes) who build moral cases for their economic views based on such Church teaching. Woods's response to these people is two-fold. First, such teaching is relatively new and in fact reflects a departure from the general evolution of Catholic thinking on economics over centuries. Second, with respect to papal pronouncements, the popes have no unique insight into specific matters of economic policy — a point echoed in Pius XI's humble admission that there are some "matters of technique for which she [the Church] is neither suitably equipped nor endowed by office."

Woods's first chapter is a defense of economics in the light of the Catholic intellectual tradition. Economic science developed throughout the second millennium as a consequence of the natural law studies that consumed so much of the intellectual energies of medieval churchmen who believed that truth can be perceived through observation of the universe. They identified general laws that apply to every individual, whether or not they are reflected in written law. Among these general laws were laws that applied to economic activity, developed primarily on the European continent by the great scholastics thinkers who followed Aquinas. Their thinking was transformed into a science by the likes of Anne Robert Jacques Turgot, Richard Cantillon, Jean-Baptiste Say, and Carl Menger. Their theories, as they developed over time, employed the a priori method to discern universal truths. Once these were identified, they then sought the implications from these truths according to the rules of logic.

This tradition is enshrined in the present-day Austrian school of economics that employs this Thomistic epistemological approach to theory. With roots in late 19th-century Vienna, the Austrian school developed in the 20th century by important thinkers such as Eugen von Böhm-Bawerk, Ludwig von Mises, F.A. Hayek, and Murray N. Rothbard.

The Austrians are the rightful heirs to a Catholic economics since their methodology is also based on natural law foundations and utilizes the a priori approach, in marked contrast to today's dominant utilitarian economics that has its roots in 19th-century Britain. This approach began with Adam Smith and was developed by David Ricardo, John Stuart Mill, Karl Marx, Alfred Marshall, and John Maynard Keynes. This modern "neoclassical" economics is based on the idea that truth is that which can be proven empirically (or at least is something that cannot be proven false) and leads to policies that are justified when the benefits are expected to exceed the costs.

Woods's pithy summary of these two approaches to economic theory make this book well worth its price, and through it, he explains the dichotomy of an Austrian emphasis on the social and moral foundations of society versus a neoclassical emphasis on efficiency. Nonetheless, understanding the dominant neoclassical paradigm helps to explain the popes' frequent departure from Catholic natural law tradition in many of their economic writings of the last 100 years.

Does this mean that the popes should then be ignored when they discuss economics? Not at all, says Woods, who notes that they are rightly concerned about nurturing a society necessary for defending, and spreading, the Faith. Such teaching, however, cannot contradict economic law, which is by definition value-free.

Any reasonable application of moral law in concrete circumstances must take into account all the facts of those circumstances. Economic law is one of those facts, whether its opponents like it or not. If economic law tells us that the consequences of rent control will be shortages of rental housing (compared to the stock of rental housing that would have existed in the absence of rent control), it is completely senseless to argue that this economic law should be subordinate to moral law. It is a fact of reality.

Such facts of reality counter the perverse and popular assumption that papal infallibility implies that statements on economic policy must bear good fruit. "If that were true," Woods observes, "no one would need to study economics at all."

There is much more to this remarkable book. Subsequent chapters of The Church and the Market analyze specific areas where economic policy and Church teaching overlap and defend the free market positions as those most likely to promote a free, virtuous, and Christian civilization. Woods considers, for instance, the price system, wages, monetary policy, foreign aid, welfare, and that most faddish of all (so-called) Catholic economic ideas, distributism. In each case, he argues that government intervention creates more problems than cures and institutionalizes division in society.

For instance, calls for a family wage make for good sound bites that allow prelates to claim to be on the side of the poor. There is a difference, however, from wishing higher wages for families and advocating state intervention to bring them about — a policy that promotes unemployment and hurts the very people you want to help. "Don't be evil" — the informal corporate motto of Internet giant Google — applies every bit as much to family wage proponents as it does to the modern corporation.

Woods's pro-market response to such policies appeals to more than economic theory. He also argues that they do not reflect the Catholic mind. "Such a posture ... is thoroughly uncharacteristic of the Catholic Church, an institution that has always emphasized the mind's ability to perceivethe orderliness of God's creation and to conform itself to it," Woods writes. "Truth, say Catholic catechisms, consists of the conformity of mind to reality. All too many Catholic commentators, on the other hand, demand that man allow mere desire and sentiment to form his judgment in economic matters ... rather than looking in the economic realm for the order and regularity to which the Church points in so many other areas as reflections of the orderliness of God himself."

Such observations underscore Woods's radical intent — radical in the sense that he wishes to return Catholic thinking on economics to the philosophical and theological roots that guided the Church for two millennia and counting. It is a sorely needed counterpoint to the general economic teaching that seminarians receive today. But Woods's target is broader than the seminaries, and many others would benefit from reading and reflecting on this book as well. They will find the best defense of the market system in the light of Divine Revelation in print, and an example of the type of scholarship that always resulted when Faith and Reason join.