GET NEWS AND ARTICLES IN YOUR INBOXPrint
A
A
Home | Mises Library | Murray Rothbard Soars, Bill Buckley Evaporates 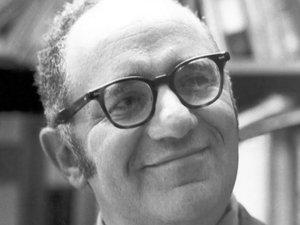 Fifty years ago this year, Murray N. Rothbard offered his thoughts on National Review, the flagship magazine of American conservatism, which had commemorated its tenth anniversary in late 1965.

He went on to tell the full story in The Betrayal of the American Right, at once an intellectual history and a memoir.

Murray’s primary complaint: what had once been a movement skeptical of or opposed to overseas adventurism and empire-building had now, under the influence of editor Bill Buckley, come to be defined by those very things.

In Buckley’s infamous formulation, it would be necessary to erect a “totalitarian bureaucracy” within our shores in order to battle communism abroad. The implication was that once the communist menace subsided, this extraordinary effort, domestic and foreign, could likewise diminish.

Since government programs do not have a habit of diminishing but instead seek new justifications when the old ones no longer exist, few of us were surprised when the warfare state, and its right-wing apologists, hummed right along after its initial rationale vanished from history.

As it turns out, by the way, the Soviet threat was grossly exaggerated, as such threats always are. The wickedness of the Soviet regime was never in doubt, but its capabilities and intentions were consistently distorted and overblown.

According to Matthew Evangelista, writing in Diplomatic History, “Despite the fact that the Russian archives have yielded ample evidence of Soviet perfidy and egregious behavior in many other spheres, nothing has turned up to support the idea that the Soviet leadership at any time actually planned to start World War III and send the ‘Russian hordes’ westward.” Some people tried making similar arguments at the time, to no avail.

Pushing the preposterous narrative of a socialist basket case as an overwhelming military threat was a group of neoconservatives who became known as “Team B” (“Team A” being the analysts of the CIA, who were accused by the neocons of being willfully blind to growing Soviet military power). In 1976, CIA director George H.W. Bush gave these neoconservatives extraordinarily access to classified CIA documents as they prepared a report excoriating the agency for its alleged failure to perceive a Soviet military buildup.

Team B claimed, for example, that the Soviets had a non-acoustic antisubmarine system. There was about as much evidence of this as there was years later that Saddam Hussein had a fleet of unmanned drones. When CIA analysts protested that they could find no evidence of such a system, Team B described the lack of evidence as a further indication of just how wily and clever the Soviet adversary was.

“If you go through most of Team B’s specific allegations about weapons systems,” wrote analyst Anne Cahn, “and you just examine them one by one, they were all wrong.” So in case you thought bringing ideological pressure to bear on the intelligence community began with Iraq, there you go.

The neocons of Team B, so eager were they to find the vibrant Soviet Union, even fell for the laughable left-wing claims (advanced by left-liberal economists like Paul Samuelson) about rising Soviet GDP. Team B concluded that the USSR had a “large and expanding Gross National Product.”

Despite the dubious foundations on which the hysterical claims behind the alleged “Soviet threat” rested, its existence ossified into one of the unchallengeable orthodoxies of National Review and of the broader conservative movement then being born. When Murray pointed out the silliness of the whole thing, not to mention the counterproductive nature of American military intervention abroad, he quickly became an un-person at National Review, which had published him in its early years.

Well before there was an official “conservative movement,” with its magazines, its crusty orthodoxies, its ineffectual think-tanks (complete with sinecures for ex-politicians) and its craving for respectability, there was a loose, less formal association of writers and intellectuals who opposed Franklin Roosevelt (in both his domestic and foreign policies), a group Murray dubbed the “Old Right.”

There was no party line among these intrepid thinkers because there was nobody to impose one.

Even into the 1950s and the advance of the Cold War, voices of restraint amidst the remnants of the Old Right could still be found. In his 1966 article, Murray points to the right-wing group For America, a political action group whose foreign-policy platform demanded “no conscription” as well as the principle, “Enter no foreign wars unless the safety of the United States is directly threatened.”

Murray likewise pointed to the Jeffersonian novelist Louis Bromfield, who wrote in 1954 that military intervention against the Soviet Union was counterproductive:

One of the great failures of our foreign policy throughout the world arises from the fact that we have permitted ourselves to be identified everywhere with the old, doomed, and rotting colonial-imperialist small European nations which once imposed upon so much of the world the pattern of exploitation and economic and political domination. ... None of these rebellious, awakening peoples will … trust us or cooperate in any way so long as we remain identified with the economic colonial system of Europe, which represents, even in its capitalistic pattern, the last remnants of feudalism. ... We leave these awakening peoples with no choice but to turn to Russian and communist comfort and promise of Utopia.

Murray likewise made note of a 1953 article by George Morgenstern, editorial writer for the Chicago Tribune, in Human Events (“now become a hack organ for the ‘Conservative Movement,’” Murray lamented in 1966) that deplored the imperialist tradition in American history. Morgenstern ridiculed those who “swoon on very sight of the phrase ‘world leadership,'” and wrote:

An all-pervasive propaganda has established a myth of inevitability in American action: all wars were necessary, all wars were good. The burden of proof rests with those who contend that America is better off, that American security has been enhanced, and that prospects of world peace have been improved by American intervention in four wars in half a century. Intervention began with deceit by McKinley; it ends with deceit by Roosevelt and Truman.

Perhaps we would have a rational foreign policy. … If Americans could be brought to realize that the first necessity is the renunciation of the lie as an instrument of foreign policy.

With the advent of National Review, these increasingly isolated voices would be silenced and marginalized. Even the heroic John T. Flynn, whose anti-FDR biography The Roosevelt Myth had reached number two on the New York Times bestseller list, was turned away from National Review when he tried to warn of the dangers of a policy of military interventionism.

Fifty years after Murray’s article, the situation at National Review is far worse. The magazine has become more enthusiastic for foreign interventions as those interventions have become more ridiculous and self-defeating.

In the old National Review, moreover, it was still possible from time to time to encounter discussions of controversial questions, perhaps most notably the legacy of Abraham Lincoln. Frank Meyer, Willmoore Kendall, and (most famously) M.E. Bradford took on the pro-Lincoln Harry Jaffa in its pages. Such a thing is unthinkable today, given the magazine’s yearning for mainstream respectability. It was Jaffa’s role, says fellow Straussian Charles Kesler, to make clear “what respectable conservatives should think about Lincoln.”

Looking back on the careers of Murray, Buckley, and National Review, it’s hard not to point to a striking comparison. Who today reads the long-forgotten books of Bill Buckley, or holds conferences discussing his thought? Where is the cadre of college students devoting themselves to devouring the works of Buckley?

I think we know the answer.

Meanwhile, interest in (and foreign-language translations of!) Murray’s work only continues to multiply. Austrian economics is flourishing, with the number of academics working in an expressly Rothbardian tradition growing every year. Meanwhile, the texts of Rothbard are being consumed voraciously, indeed more than ever before, and especially by bright young minds seeking out something more intellectually satisfying than the stale platitudes of official “liberalism” and “conservatism.”

Murray, with a Columbia University Ph.D. and a body of work of extraordinary quality, quantity, and scholarly significance, spent much of his academic career laboring in obscurity, refusing to say either what the Keynesians of the left or the military interventionists on the right wanted to hear. But today, over 20 years after his death, Mr. Libertarian is the undisputed intellectual godfather of the ongoing libertarian renascence among bright American students. The handful of National Review‘s young followers, whose idea of fun is listening to a Mitt Romney speech at CPAC, do not similarly impress.

Bill Buckley, on the other hand, spent his life in the spotlight. And he policed the conservative movement to ensure it was sufficiently respectable, its positions well within the ideological limits set out by the left-liberals he professed to despise. But while Buckley may have been a prominent figure during his lifetime, he essentially died in obscurity, despite enjoying every establishment advantage one could ask for.

There is a lesson here.