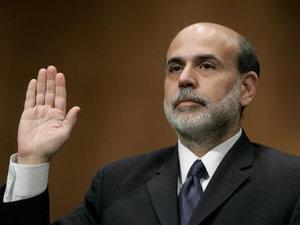 During the period 1980s and 1990s, the desirability of the “independence from politics” of central banks became almost an article of faith among mainstream macroeconomists and those operating in financial markets. This development was driven by two factors: academic research on central banking; and the personality cults that grew up around the two Fed Chairmen during this period, Paul Volcker and Alan Greenspan.

In the decade leading up to the financial crisis, the intellectual climate was such that anyone suggesting that the Fed have its independence curtailed or even abrogated by Congress would have been considered beyond the pale of rational, let alone scholarly, discussion. However, as the painful and protracted recovery from the Great Recession has dragged on, the Fed’s independence of “politics,” i.e., of legislative oversight and constraint, has begun to be challenged even by economists and financial pundits.

Few of the recent proposals to curb the Fed’s independence mentioned envision fundamental institutional reform of the way in which base money is supplied under our current fiat-dollar regime.

One such reform would involve wresting control of the money supply away from the unelected technocrats at the Fed and returning it to Congress and the Treasury. In fact this reform was put forward during the controversy over raising the debt ceiling in 2013.

It is important to note that this blueprint for monetary reform closely approximates — in its fundamentals if not in its aim or sophistication — the monetary and fiscal framework that Milton Friedman proposed in 1948. The monetary component of the proposal focused on eliminating “both the private creation or destruction of money and the discretionary control of the quantity of money by central-bank authority.” The first goal would be attained by implementing Henry Simon’s “Chicago Plan” for 100 percent reserve banking. Friedman maintained that the second objective could be achieved by eliminating the issue of interest-bearing government securities to the public, thereby restricting the financing of government spending to taxation and money creation. Thus, as Friedman pointed out: “Deficits or surpluses in the government budget would be reflected dollar for dollar in changes in the quantity of money; and, conversely, the quantity of money would change only as a result of deficits or surpluses.”

A common objection to such a proposal is that if money were under the control of the Treasury, monetary policy would become a political football and inflation would run rampant. But how much more inflationary would monetary policy become than it is right now? The unaccountable bureaucrats at the Fed have fastened on the US economy a regime of zero interest rates, quantitative easing, and the targeting of a real variable (the unemployment rate) using nominal variables. The latter is a reversion to stone-age Keynesianism. Indeed, current Fed policy has enabled a fiscal policy of high deficits and rapidly mounting national debt, anyway.

An Austrian View of Money, Taxation, and Spending

Let us grant for the sake of argument that congressional control of monetary policy alters the mix of financing government spending toward less taxation and more deficits financed by money creation. From the point of view of Austrian public finance theory, the method of governmental “revenue extraction” does not matter nearly as much as the total amount extracted. For all government spending drains resources from productive uses in the private economy and squanders them on the wasteful spending of politicians and bureaucrats on their favored projects and constituencies. Government spending is either consumption spending that directly satisfies the preferences of members of the political establishment or it is investment in waste assets because it is not based on the profit and capital-value calculations that guide the decisions of private entrepreneurs and capitalists. It is in effect a redistribution of income and resources from the productive to the unproductive, from the “taxpayers” to the “tax-consumers.”

The total amount of government spending is therefore what Murray Rothbard called “government depredation on the private product.” For Austrian economists, then, the method of financing government depredation — whether it be taxation, borrowing from the public, or money creation — is of secondary importance. Thus, at a given level of government spending, siphoning off resources from the private economy via deficits financed by money creation is no worse than extracting them through taxation. Indeed inflationary finance may even be preferable to taxation because the threat of physical coercion implicit in taxation has a detrimental effect on the direct utility of private individuals that goes beyond the expropriation of their income.

Needless to say, from the point of view of consumer welfare and economic efficiency, a smaller government budget financed by money creation is preferable to a larger budget that is in balance. Obviously, legislative control of the fiat money supply is far from the ideal monetary system, and my sole purpose here is to suggest a politically feasible solution to the urgent problem of arbitrary power exercised by a clique of Federal bureaucrats.

The desideratum of the Austrian political economist with classical-liberal or libertarian leanings involves the complete separation of government and money through the establishment of a commodity money like gold (or silver), the supply of which is determined exclusively by market forces. Nonetheless, there is great merit in replacing the opaque and pseudo-scientific control of “the money supply process” by entrenched Fed employees and officials with overtly political control of money by elected officials and partisan administration appointees. There are a number of benefits of stripping the Fed of its quasi-independent status and transforming it into a handmaiden of the Treasury, as the American Monetary Institute (AMI) and early Friedmanite reform programs call for.

How It Would Work

First, money would be created in a transparent manner that is understandable to the public at large. The Treasury would simply send an administrative order to the Fed to credit its checking account with the sum of money needed to pay the government’s bills that are not covered by tax revenues. Now, formally, this order may be called a “Treasury bond,” but it would not be a bond in the economic sense because it would not be exchanged in financial markets. Nor would the “interest” that the Treasury may pay on these pseudo-bonds really be interest because it would not be determined by supply and demand on financial markets. Rather it would be a payment to reimburse the administrative costs of the Fed and its amount would be completely controlled by the Treasury. It thus becomes evident to the public that every increase in the money supply engineered by the Treasury benefits the specific individuals and firms receiving government checks. The new money is being created from nothing to purchase military aircraft from Boeing, to subsidize agribusiness giant Monsanto, to bail out General Motors, etc.

This contrasts with the arcane process by which money is now created, which involves the Treasury issuing debt that is purchased by private entities, mainly banks and other financial institutions, and then eventually repurchased by the Fed via open market operations. In this way the Fed circuitously “monetizes the debt” and expands the money supply while distorting interest rates in the bargain. Invisible to the layperson is the fact that twenty or so privileged Wall Street (and foreign) banks and financial institutions — so-called “primary dealers” — that sell bonds to the Fed profit immensely from the money creation process. Also benefiting from the newly created reserves are the commercial banks’ business clients who borrow the money at reduced interest rates and spend it to appropriate extra resources before prices have begun to rise.

Furthermore, under this plan, the Fed would no longer function as a discretionary lender (bailer-outer) of last resort, a role that infects the entire financial system with pandemic moral hazard. No longer would the Fed be able to surreptitiously, arbitrarily, and without democratic oversight or accountability bail out all kinds of financial institutions in the United States as well as foreign countries. First of all there would be no need to bail out pure depository institutions because all such institutions would hold 100 percent reserves. But, second, even if purely financial (non-money-issuing) institutions were in danger of failing, the decisions to bail them out would be made by an openly partisan Treasury under the watchful eye of the congressional opposition and in full view of the public. With the Fed neutered and unable to leap to their rescue at the first sign of distress and with their appeals for bailouts subject to full scrutiny by a skeptical congress and public, financial institutions would run their affairs much more prudently.