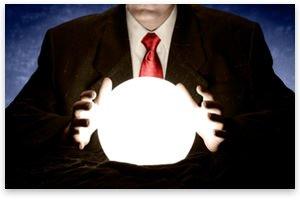 If the word "ironic" doesn't apply to bond-investing gurus, then it applies to no one. Former George Soros protégé Stanley Druckenmiller and Doubleline Capital founder Jeffrey Gundlach have warned that US government spending is unsustainable at current levels and that the ballooning deficit increases the likelihood of default.

Bill Gross, manager of the world's largest bond fund — PIMCO's $243 billion Total Return Fund— famously announced back in March that he had sold all US Treasury holdings, and then he raised the alarm, and a few eyebrows, with his declaration that default on Treasury debt wasn't outside the realm of possibility. But default is apparently outside the realm of probability: Gross, unable to withstand the allure of rallying US Treasury prices, added US Treasury debt to PIMCO's holdings in May.

If it were not for US Treasury debt there would be no US fiscal deficit, nor would there be unsustainable growth in Social Security, Medicare, and Medicaid spending, nor any unsustainable growth in military spending. Taxes and inflation can rise only so high before citizens bristle. Yes, the Federal Reserve could fully fund the Treasury, but that would be a highly inflationary scam. Debt is the most surreptitious, and therefore the most sinister, of expropriations.

Private buyers of government debt are the real villains. They give profligacy legitimacy, so any finger wagging and reproach from the bond-investing darlings should be met with eye rolls, not media fawning. The hypocrisy is too obvious.

The excuses for purchasing government debt are easily conjured up, but without conviction: The securities have low credit risk, and therefore they are invaluable to risk-averse investors. Government-debt securities are imperfectly correlated with other assets, so, again, they are risk-reducing.

Worse, government "capital investment" is a fiction, a duplicitous euphemism. A bond purchased from a private issuer enables the issuer to buy equipment with which to increase output for products and services the market desires (signaled by a willingness to engage in free exchange). The interest paid to the bond holder is generated from the increased production made possible by the loan.

Government, in contrast, spends — that's all it can do. Government investment generates no return — and mostly losses when opportunity costs are considered. How is interest paid? Not from profits, but from taxes, to which the bond holder contributes a share — a share increased by the cost of servicing the bond. In effect, the bond holder is paying himself. That's no investment.

"We owe the debt to ourselves" is the more fatuous solipsism. It's not that simple or even accurate. Over $4.4 trillion in US Treasury debt is owned by foreigners, and $2 trillion of it is owned by the governments of China and Japan. Yes, interest payments will flow to foreign holders, who buy US Treasury debt not as a favor to the United States but as a tool to manipulate their own currency in order to play the long-discredited mercantilist game. Nevertheless, those payments will flow back to the issuing country through investment in or consumption of domestic production.

That said, we could never owe it to ourselves anyway, even if all US Treasury debt were owned by US citizens. The United States isn't a thing or person who can move money from one pocket to the other.

Both purchasers — domestic and foreign — weaken property rights in the sovereign country issuing the debt. When "C" — a citizen — purchases debt from "G" — the government — G slaps a claim on C's and every other citizen's property in order to repay C. The property claim is no different if "F" — the foreigner — purchases the debt: C and his compatriots are on the hook. Both claims on the debt weaken property rights by allowing government to further encumber private property with its own lien. Claims are claims, whether they be taxes or borrowing. It is your liability.

The opportunity cost — what the United States and other debtor nations have foregone in wealth and prosperity — is the greater waste, and the greater tragedy. Government debt has attracted funds from private investment that would have produced goods and services actually demanded by the market, not goods and services pimped and pumped into existence by pliable politicians with support of their sycophantic economists and rent-seeking constituents.

Trading in government debt is worse than zero-sum. Most money managers trade government debt to wager on the direction of inflation, with the expectation that interest rates will rise or fall with their inflation prognostication. If you expect inflation to rise, you'll short government bonds; if you expect the opposite, you'll go long. (Most money managers are unfamiliar with the Austrian focus on time preference.)  Money that would have improved society had it been lent — after thorough analysis — to private firms is funneled into the government-bond market to wager on whether QEII is sufficiently inflationary. Simultaneously, this money is "invested" to subsidize grandpa''s Lipitor habit, the kids' atrocious education, a windmill manufacturer's R&D, and armaments to perpetuate a pointless confrontation.

With their portfolios replete with government bonds, financial institutions and bond gurus are understandably nervous. They should be, and they deserve to be. They are, in effect, the junior partner of the government treasury. Self-interest compels compliance. A precipitous price drop in government debt would shake the large endowments, foreign governments, and the world's financial centers to their core. So be it; no one owes anyone a putative no-default security.

For those unencumbered with government holdings, default — even if it's a remote possibility — would be a catharsis: a forced purging of a lot of government rot. Even if a default isn't forthcoming, we should welcome the good news that there are few private buyers of US government debt. No buyers would be even better news.