GET NEWS AND ARTICLES IN YOUR INBOXPrint
A
A
Home | Mises Library | Mises's Suggested Research Topics, 1950-1968 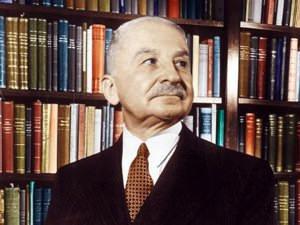 Bettina-Bien Greaves took careful notes during Ludwig von Mises's New York seminars. Whenever he made a comment that suggested research paper or book, she jotted it down on a note card. She kept all these note cards and has generously agreed to share them.

Mises's students followed up on many of the ideas listed here, other topics have been explored in a half-century of economic writing, while many more are left undone. May they inspire the Misesians of this generation to see the Austrian School as a research paradigm that is constantly developing.

Bettina Bien Greaves was a senior scholar of the Ludwig von Mises Institute, she attended...