Mises on the Basics of Money 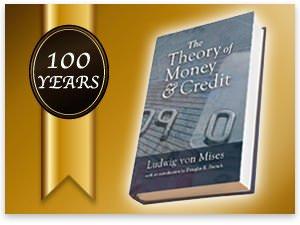 Is money not absurd? Daily we give up perfectly useful goods and services for the sake of little green pieces of paper.

But it is not just the fiat paper money we are familiar with that can seem strange in this regard. Even commodity money can seem weird when you think about it.

Why would people give up goods and services for little disks of silver and gold that they never actually use? Such disks are passed around via innumerable exchanges, perhaps never ultimately providing any ornamental or industrial services. What a bizarre custom!

One does not need to be an economist to see the social benefit of such an arrangement. And once everybody is already using money, each individual in accepting money would expect to benefit, confident that others too will accept the money.

But how did it start? This is a question I asked myself even as a child. At the beginning of it all, it would seem that the first person who accepted money would have no such confidence in its future purchasing power. So why would he do it? It would seem necessarily to involve a private sacrifice for the sake of public gain.

To a certain stripe of thinker, compelling such sacrifices is the raison d'être of the state. So to them, it is natural to think that the state must have first instituted money. Thus, the etatist theory of the origin of money was dominant through most of the history of economic thought.

Carl Menger, founder of the Austrian School of economics, started to unravel the mystery of money in the late 19th century. One hundred years ago, this June, Ludwig von Mises finally cut the Gordian knot with his first magnum opus, The Theory of Money and Credit (1912), arguably the most important single advance in monetary theory in the history of economic thought.

In that treatise, Mises erected a theory of money of astounding originality that was complete and internally integrated — as well as externally integrated with modern, subjectivist economics in general. With this book, Mises completed the victory of the "marginal revolution" by extending its conquest to the monetary realm. In doing so, Mises finally made economics whole.

The following discussion of the basics of money will largely be based on chapter 1 of that epochal work.

Money: Its Definition and Realm of Use

First, there is no need for money in autarky. In autarky there is no division of labor among household units. Each household consumes only what it produces and only produces for its own consumption. In such conditions there is no exchange and therefore no use for money.

Secondly, there is no need for money in socialism. In socialism there is a division of labor (however unrealizable that division may be). However, because there is no private property, that also precludes the possibility of exchange, thereby eliminating any use for any medium of exchange.

In his 1922 book Socialism, Mises changes his mind on this matter. He states that in socialism, while money would have no role with regard to the means of production, it could still have a function with regard to consumers' goods.[3]

Thus money, according to Mises in 1912, is only useful under capitalism: the state of affairs in which means of production are privately owned. In capitalism, the function of money is to facilitate exchange by making indirect exchange possible.

The Origin of Money

As Mises explains how money comes to be, the development occurs through three steps.

Step 1: From Commodity to Medium of Exchange

Direct exchange requires a double-coincidence of wants. For the shoemaker to get the dozen eggs that he wants in exchange for a pair of shoes, it is not enough that he prefer the eggs to the shoes. The chicken farmer must also happen to prefer the shoes to the eggs.

A big problem is that such a "double-coincidence of wants" is rare; it would be quite a stroke of luck for the egg-craving shoemaker to come across a barefoot chicken farmer.

But the solution of ad hoc indirect exchange is a very limited one. It would still take an enormous degree of luck for the shoemaker to be able to find someone who is offering something the chicken farmer wants and who also wants shoes.

Chances are that the best series of exchanges that would get the shoemaker his eggs would be a lot longer. Perhaps he would need to trade shoes for rope, and then rope for timber, and then timber for fish, and then fish for candlesticks, and then candlesticks for eggs. And what about all the other goods the shoemaker wants? Many of those very well may each involve the same logistical nightmare.

Mises notes that "indirect exchange becomes more necessary as division of labor increases and wants become more refined." The more people specialize, the less likely it is that any individual can acquire the various things he wants in exchange for the niche product that he brings to market.

Whether a good arises as a common medium of exchange hinges on its marketability (or, in mainstream argot, "liquidity"). For "marketability" Menger uses the term "saleability," which he defines as the

facility with which [a good] can be disposed of at a market at any convenient time at current purchasing prices, or with less or more diminution of the same.[4]

In his article "The Origin of Money and Its Value," Austrian economist Robert P. Murphy explains the example very clearly:

Notice that Menger is not claiming that the owner of a telescope will be unable to sell it. If the seller sets his asking price (in terms of other goods) low enough, someone will buy it. The point is that the seller of a telescope will only be able to receive its true "economic price" if he devotes a long time to searching for buyers. The seller of wheat, in contrast, would not have to look very hard to find the best deal that he is likely to get for his wares.…

Moreover, it is simply not the case that the owner of a telescope is in the same position as the owner of 1,000 units of wheat when each enters the market. Because the telescope is much less saleable, its owner will be at a disadvantage when trying to acquire his desired goods from other sellers.

Due to recognition of this disadvantage, vendors of less-marketable (saleable) goods will generally trade for more-marketable goods before they enter the market for the things they want to use themselves.

Since marketability, according to Mises, is a function of how "general and constant" is the demand for the good, this sets off an upward spiral of marketability for some goods.

Step 3: From Common Medium of Exchange to Money

Yet the selection process does not stop there. Naturally, individuals will want to trade their goods for the most marketable of these common media of exchange. As consensus grows as to which common medium is the most marketable, the upward spiral of marketability will tend to benefit only that medium, at the expense of others. Thus do inferior common media of exchange tend to drop out of the market entirely, and a single medium becomes generally used: in other words, becomes money.

According to Mises, through the process of what is now called "globalization," moneys tend to die out as markets merge and competition begins anew among the moneys of the various markets. This process leads toward the establishment of a single money for the whole world.

The "Secondary Functions" of Money

According to Mises, the "secondary functions" of money, which many theorists write about, are really just instances of its primary and sole function: to facilitate exchange by making indirect exchange possible.

The transmission of value across space is not a separate function either. Exchanging "a good here" for money, in order to exchange money for "a good there" is, again, simply another instance of acquiring a good via indirect exchange that would have been impossible to acquire via direct exchange.

No state enforcement is required to institute money by compelling private sacrifice for a public gain. The emergence of money need not involve such selflessness in the first place. As Mises tells the story of the origin of money, the economic actor benefits at each step of the way: when he first resorts to indirect exchange, when he first uses a common medium of exchange, and when he first accepts money for his wares.

The "market-process" theory of the origin of money is often characterized as a "spontaneous order," as against the "deliberate order" of the etatist theory. But that should never obscure the fact that each step of the way in the market process origin of money is, as in all economic phenomena, a deliberate action undertaken by an individual to improve his state of affairs.

[3] "In the socialist commonwealth, exchange itself has a much narrower significance, since it is confined to consumers' goods only." Mises, Socialism: An Economic and Sociological Analysis, Part 2, Chapter 7.

[4] Carl Menger, The Origins of Money.