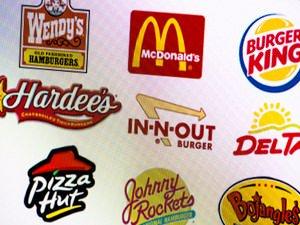 The efforts underway by the Service Employees International Union, and its political and media allies, to raise the minimum wage from $7.25 to $15 per hour would, if successful, cause major unemployment among low-skilled workers, who are the supposed beneficiaries of those efforts.

The reason is not only the fact that higher wages serve to raise costs of production and thus prices, which in turn serves to reduce physical sales volume and thus the number of workers needed. There is also another equally, if not more important reason in this case, and it is a reason which is only very inadequately described by reference to the substitution of machinery or automation for the direct labor of workers when wages are increased.

This is the fact that a low wage constitutes a competitive advantage for less-skilled workers that serves to protect them from competition from more-skilled workers. In other words, a wage of $7.25 per hour for fast-food workers serves to protect those workers from competition from workers able to earn $8 to $15 per hour in other lines of work. The workers able to earn these higher wage rates are not interested in seeking employment at the lower wage rates of the fast-food workers.

Moreover, the widespread rise in wage rates to $15 per hour will cause unemployment in all of the occupations affected. The unemployed clerks, telemarketers, factory workers, and whoever, who otherwise would have earned between $8 and $15 per hour, will have no reason not to apply for work in fast food, which will now pay as much as any other occupation that is open to them. And since those workers are more capable, it is overwhelmingly likely that to the extent that they do seek employment as fast-food workers, they will be preferred over the low-skilled workers who presently work in fast-food establishments. Thus, the rise in the wage of the fast-food workers will serve as an invitation to the competition of large numbers of workers who do not presently think of working as fast-food workers and who, being better qualified, will almost certainly take away their jobs.

Between less employment overall in the least-skilled lines of work such as fast food, and the incentive created for vastly increased competition for employment in those lines coming from more qualified workers, the effect could well be to close those lines altogether to the employment of workers at the low end of skill and ability. That, of course, would deprive these people of the opportunity to acquire skills and abilities from work experience that otherwise would have enabled them to become capable of performing more demanding jobs later on.

What the demand for a $15 an hour minimum wage represents is a case of low-skilled workers being led to reach for a high-wage “bird in the bush,” so to speak. Unfortunately, at the high wage, there are both fewer birds in the bush than are presently in hand and most or all of them will fly away into the hands of others, who possess greater skills and abilities, if the attempt is made to reach for them.

This must ultimately be the result even if somehow the present fast-food workers and the like could be enabled to keep their jobs for a time. Even so, practically every time that it became a question of hiring someone new, the new employees would almost certainly be drawn from the ranks of workers of greater skill and ability than those who had customarily been employed in these jobs. Thus, even if not immediately, in time there would simply be no more room in the economic system for workers at or near the bottom of the skills ladder.

No one can question the desirability of being able to earn $15 an hour rather than $7.25 an hour. Still more desirable would be the ability to earn $50 an hour instead of $15 an hour. However, it is necessary to know considerably more than this about economics before attempting to enact sweeping changes in economic policy, changes to be achieved by attempting to organize a mass movement that is based on nothing but a desire for economic improvement and no real knowledge whatever of how actually to achieve it.