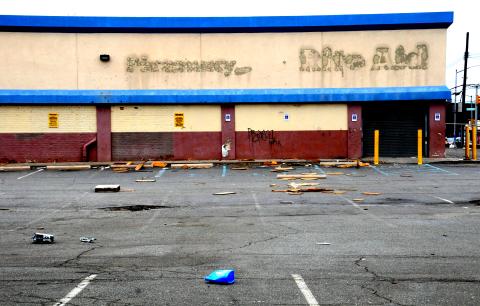 Microcredit is one of those fashionable political ideas that soars above the ideological fray, uniting everyone in a celebration of its glorious contribution to the public good. The idea is that special lending institutions should be chartered to give loans to the underprivileged, particularly to women and minorities, to start their own businesses. The loans are to be granted with concessionary interest rates, with just a little help from the government, as a means of lifting people out of poverty.

There we have it: good business combined with social justice. Who could possibly complain? Thus, in the last ten years, microcredit has been celebrated in all the right circles. Hillary and Bill praise it at the United Nations, public television celebrates microcredit entrepreneurs, and business schools teach it as the cutting edge of market-based lending. The subtextual message is that conventional banks are just not up to the job. They discriminate in favor of large borrowers and are predisposed to believe that the poor are bad credit risks.

Well, at last US microcredit has something of a track record, and the truth turns out to be very different from the propaganda. An Aspen Institute study of 405 micro-entrepreneurs, published (or rather buried) in the Harvard Business Review (Nov.–Dec. 1999) shows that despite a massive govermental push on behalf of microcredit, very few borrowers receive any benefit at all. Of the 30 loan programs in California, each gave an average of only seven loans per year. Most of the capital sat idle because there is a lack of viable clients who can be considered decent credit risks. The loan program itself suffered losses as high as 60 percent, which forces the programs to continue to receive outside subsidies.

The news is even worse from the most famous US microcredit program of all: the Los Angeles Community Development Bank, funded and administered by HUD. It was supposed to make loans to businesses in depressed areas of the city, thereby creating jobs. In fact, it could only find borrowers for less than one-forth of the $435 million it had to offer. According to the New York Times (Nov. 14, 1999), very few jobs have been created and the default rate on its loans is a sky-high 32 percent. So much for Al Gore's claim that the Bank represents "an example of how an economic empowerment program should work."

But what about the grandaddy of all microcredit programs: the Grameen Bank in Bangladesh? All US programs have been based on its supposedly wonderful model. Its founder, Muhammad Yunus, the most celebrated banker in the world, has been toasted as a financial genius for years. Indeed, even the authors of the Aspen Institute program hold out Grameen as the prime example of how the failure of US microcredit is not the universal experience.

Yet a close look shows that Grameen suffers from similar problems as US microcredit. From the beginning, its subsidies from international foundations and international financial institutions were very high. And today, only 3 percent of its assets are in the form of deposits from individuals and businesses, and it has never turned a profit. In fact, it is not a bank at all. It is more correct to view Grameen as a conduit for international aid dollars.

What about Grameen's low default rate of less than 3 percent? That sounds great until you look at precisely how the Grameen "Bank" goes about collecting the money (which its lends at 20 percent interest). Peer pressure is their phrase. Coercion is closer to the truth. Employees engage in weekly, door-to-door monitoring of the lives of all borrowers. Borrowers attend weekly physical training classes, are indoctrinated in collectivist ideology, and are told to be 100 percent obedient to the ideals of the bank, or else lose their borrowing privileges. On the whole, it is a process that has more in common with a cult than sound finance.

Thanks to the Web, the truth about the cult-like behavior of Grameen is now on display for all to see. You can go directly to their website and observe the bank's own renderings of its grim "16 Decisions" that must be memorized and adhered to by all borrowers. Example from #16: "We shall take part in all social activities collectively."

This is not to be missed: 16 DECISIONS.

Is this the kind of program that will uplift the poor in the United States? We are better off sticking with old-fashioned banks that turn a profit, don't need subsidies, and treat their borrowers like human beings rather than minions in a vast political organizing effort.