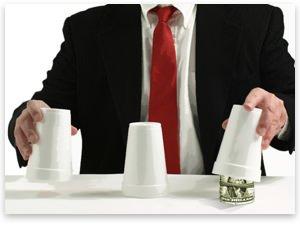 The Wikipedia entry on the real-bills doctrine advances the controversial proposition that banks can increase the quantity of money without diminishing the purchasing power of each unit. To quote directly, "So long as money is only issued for assets of sufficient value, the money will maintain its value no matter how much is issued." I will refer to it as the Sproul doctrine. The Wikipedia article on the real-bills doctrine appears to have been largely authored by Sproul, because it is nearly identical in content to Sproul's introductory piece on the same topic. The following article will use economic reasoning to demonstrate that the reasons given in support of the Sproul doctrine employ shifting definitions and ambiguous language.

I will base my discussion on a slightly modified version of an example used in the Wikipedia entry. The entry assumes a silver-money standard in which banks issue notes redeemable in silver. For this discussion, I assume that a dollar is defined as one ounce of silver and that all banknotes are of $1 denomination. Finally, I assume also that banks are obligated to redeem bank notes for their face value in silver when those notes are presented.

Consider a small economic system consisting of a Jones, Smith (another individual), and Madoff Bank, a fractional-reserve bank.

Smith deposits 100 ounces of silver in Madoff Bank, which issues Smith $100 of bank notes. Following that transaction, the balance sheets of Smith and the bank are as follows.

Jones receives a loan from the bank for $200, which the bank funds by issuing another $200 of bank notes. These bank notes are fiduciary media, i.e., not backed by an equivalent quantity of silver. After this transaction, Smith's situation is unchanged, and the other members of the community have the following balance sheets.

If you followed the example above, you don't have to be the reincarnation of Milton Friedman to forecast that the additional currency will impact prices. But Sproul says otherwise. The Sproul doctrine holds that as long as bank notes are convertible, their value is unchanged.

Before showing where Sproul goes wrong, it is necessary to summarize the Sproul doctrine's definitions of convertibility. The doctrine defines two types of convertibility. Physical convertibility is the ability to return each $1 bank note to the issuing bank in exchange for one ounce of silver. Financial convertibility means that "a dollar can be returned to the issuing bank in exchange for a dollar's worth of the bank's assets." The distinction between these two becomes important when a bank has both promised to redeem notes for their face value in silver and issued more bank notes than it has silver.

After the definitions are presented, the Wikipedia entry follows with a discussion of how a bank, so long as it can maintain financial convertibility, can simulate physical convertibility even if it does not have sufficient bullion. Let's follow through the example.

According to the Wikipedia article, the bank's sale of assets will "soak up the unwanted paper and head off people's desire to redeem the $100 for silver." Yet it is not clear from the discussion why this would be so. Moreover this is not possible under all conditions — Smith might be distrustful of fractional-reserve banks and insist on payment in silver.

We can now proceed to an examination of the effects of issuing bank notes on the price system. Sproul suggests that money prices will not change even if the money supply goes from $100 to $300, as long as banks can maintain a fixed exchange rate between notes and bullion:

The key question is this: After the bank has completed all the transactions shown … what is the value of a paper dollar? The answer is the same as it always was: one paper dollar is worth one ounce of silver.

It is obvious that if the bank had issued only $100 against 100 ounces of silver, then each dollar would be worth 1 ounce. It is also obvious that if the bank issued the additional $500 without taking any additional assets in return, then the public would hold $600 against only 100 ounces of silver in the bank, and each dollar would be worth only 1/6 ounce of silver. But the banker did receive one dollar's worth of assets for every dollar issued, and each dollar is adequately backed.

The quoted passages present an argument that the "value" or "worth" of a bank note is the same when the quantity of bank notes has changed. The conclusion is valid if "worth" is defined to mean the same thing as convertible. The more interesting question is whether the purchasing power of money in terms of goods generally is different before and after the bank notes have been issued.

Does the Tail Wag the Dog?

To suggest, as Sproul does, that bank notes have a purchasing power based on the bank's convertibility ratio shows a fundamental misunderstanding of market prices. While banks can make convertibility promises, banks do not set the money prices for all other exchanges. The exchange rate offered by banks for bullion is one price among many in the economy. For the Sproul doctrine to be valid, all other prices in the economy would have to be fixed around the note-to-silver exchange rate. To call this "the tail wagging the dog" is an understatement.

"A theory of value can't go on forever explaining the prices of things by their convertibility into silver, because at some point you reach the end of the line — silver itself."

If banks attempted to maintain their own convertibility ratios at a level not reflecting the actual backing of the notes by bullion, they would not succeed for long. They would be rapidly forced to adjust their ratios to the market as a whole or lose all of their silver and be forced to shut down. If all of the silver in the economy is on deposit in banks, then banks might, for a time, be able to maintain a false exchange rate between bank notes and silver as they issue more bank notes by pooling their reserves or other devices.

But if an independent market for silver existed outside of the banking system, then banks would not even be able to maintain the illusion of parity between bank notes and silver because the external market would drain the banks' reserves. Silver traders would redeem overvalued bank notes for undervalued silver and then sell the silver on the external market.

Mises's monetary writings provide a theory of money prices founded in consumer preferences, including the preference for cash balances. By contrast, the Sproul doctrine, if it were correct, would show only that the price level remains unchanged as more bank notes are issued against assets, without providing any explanation of how it arrived there in the first place.

Financial securities are claims on the assets or cash flows of business firms. They are created in order to subdivide, rank, and otherwise slice and dice these ownership claims so that the claims can be priced and traded.

Sproul sets up his discussion with a comparison to the valuation of financial securities:

[E]conomists all recognize that if GM stock is currently selling for $60 per share, then GM can issue 1 new share, sell it for $60, and there will be no change in the price of GM shares, since assets will have risen exactly in step with the number of shares issued. One of the weaknesses of the quantity theory of money is that it claims that money is valued for entirely different reasons than any other financial security. One virtue of the backing version of the real-bills doctrine is that there is no need for any "special" theory of money. The value of money is determined on exactly the same principles as any other financial security.1

The valuation of securities is a complex process. Financial entrepreneurs estimate the money price that they will offer or ask in exchange. Security valuations are estimated by reference to other money prices — the resale prices of the corporation's capital stock, the market prices of securities it has issued, the firm's costs, and the prices it charges for its products. The example from the article presents a plausible case for GM at $60. But this tells us nothing about how money is valued.

The valuation process for securities is a method of estimating the price in terms of money. This process cannot be applied to money itself — what sense would it make to estimate the price of money in terms of money? A theory of value can't go on forever explaining the prices of things by their convertibility into other things: that's turtles all the way down.2 A valuation methodology based on convertibility must at some point reach the end of the line with something that is not convertible: silver itself. The commodity at the end of the line must be valued on something other than convertibilty.

The Sproul doctrine does not offer any sound arguments to support its claim that banks can issue more notes without devaluing the notes. The entire argument rests on a confusing use of language and a failure to address the real issue — the demand for real cash balances. This doctrine could be valid only in a world where new goods materialized in response to the issue of money.