GET NEWS AND ARTICLES IN YOUR INBOXPrint
A
A
Home | Mises Library | With Mass Shootings, the State Makes Us Less Safe

With Mass Shootings, the State Makes Us Less Safe 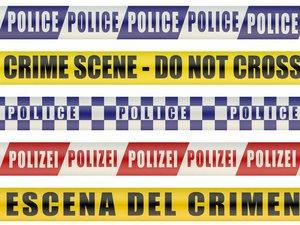 In the wake of last month’s shooting at Umpqua University in Oregon, national debate has once again been sparked over the role of firearm controls. Gun-control laws must be passed, we are told, that target these events and reduce or eliminate their frequency. However, much like most debates in the political realm, convenience and sound bites take the center stage over understanding root causes of violence itself. The debate is further confused by improper data comparison and information gathering techniques, mainly to drive a pre-designed political agenda and not to attempt to solve the homicide problem.

Before we get into the issue of general homicide, it is important to clear a few common errors in identifying the events in Oregon.

The biggest claim, made by President Obama, is that this doesn’t happen in the same frequency in Europe. Even the linked “Fact Check” at PolitiFact uses information incorrectly. The biggest mistake is that individual nations are compared 1-to-1. A large event in a single small nation will upend the homicide rate while it is true that a smaller nation will have fewer individual events on virtue of being a smaller nation. Before a meaningful comparison can be made, the data needs to be normalized. To accomplish this, I placed every advanced, safe nation in Europe that had a kind of mass killing event into a single, unified nation for the purposes of this exercise. This normalized the population with both the US and this unified state with nearly identical population levels. The nations selected, that had these kinds of events in the past fourteen years, are The United Kingdom, Switzerland, Sweden, Slovakia, Norway, The Netherlands, Italy, Germany, France, Finland, The Czech Republic, Belgium, and Austria.

An additional error that was made by PolitiFact is that their research ignored acts formally defined as terrorism, which means the Boston Marathon bombing in the US and the three Paris terrorist attacks in 2015 were ignored. I included all forms of mass killings since it is difficult to argue that a mass shooting is fundamentally different because of the motivation of the perpetrator. After the normalization, the chart of these events and the aftermath looks like this:

On the surface, this does appear to meet the criteria of President Obama’s claim. These events do happen more often in the United States than in the above grouping of EU nations, with forty-four distinct events in the United States and twenty-five in the EU. However, counting distinct events doesn’t tell the whole story. To get a better understanding of the risk of mass killings, we have to identify the real cause of concern — the loss of human life. When we bring the human loss into consideration, the story changes significantly.

This certainly doesn’t support the claim that the EU is safer from mass killers than the US. The main differences that, it is true, these events happen more often in the US, but the events in the EU normalized zone are more deadly (15 killed per EU event vs 7 per US event) which makes the EU events far worse. Further, the total danger from these events is greater in the EU countries, with the EU zone experiencing 933 injuries and 352 casualties to the 473 injuries and 322 casualties in the US.

Is More Government Security the Answer?

We’ve previously pointed out that gun control doesn’t have any meaningful impact on homicide rates in general, but would such controls, and other controls such as improved mental health screening and background checks, resolve this issue? Unfortunately, as the EU has shown, particularly with the recent tragic events in Paris, if a full on ban on ownership doesn’t work, then it is unlikely targeting the above factors will work, either. Not to trivialize those who lose their lives in these events, here is what these events look like compared to the general homicide rate:

I didn’t label this EU or US because both are identical, a small blue sliver in a sea of orange. The total percentage is so small, that it shows up as “zero percent.”

These events are difficult to counteract because of their randomness and infrequency. The ability of the government to identify ahead of time whether or not a small group of men obtained automatic weapons against their ban is likely impossible. Moreover, other means of prevention, such as laws against restricting individuals with mental health problems from purchasing guns, are only as good as those who actively seek help. None of our nations would be willing to subject ourselves to mandatory annual mental health screenings and placing our results in central databases.

Gun bans, mental health screenings, and other government solutions to protect us from these unpredictable events fall under the classification of Security Theater. When the State is actively telling us that they’re taking care of our protection, we allow ourselves to be lulled into a false sense of security. Further, many governments restrict or outright ban individuals from ensuring their own safety.

But State agents can’t be everywhere at all times. Security of your own self is ultimately only possible by engaging in the protection yourself. Around the world, governments have decided on our behalf that we do not have the option to secure our own bodies from violence and, in turn, generate the situations that lead to these events. Much like how most of us would own auto insurance absent government mandates, not because we fear the destruction of our vehicle but because, as the saying goes, it’s better to have it and not need it than need it and not have it. A society that is given the option to protect itself is not a fearful society, it is a prudent one. The victims of Paris were never allowed the option to protect their lives, nor were they fortunate to have armed defenders present or trained combatants to stop the attack before it reached them. People need the opportunity to secure their own safety since, as the past twelve years has shown, the State will fail them.