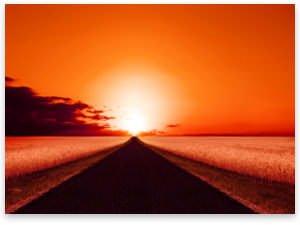 [This article is excerpted from volume 2, chapter 10 of An Austrian Perspective on the History of Economic Thought (1995). An MP3 audio file of this chapter, narrated by Jeff Riggenbach, is available for download.]

Karl Marx, as the world knows, was born in Trier, a venerable city in Rhineland Prussia, in 1818, son of a distinguished jurist, and grandson of a rabbi. Indeed, both of Marx's parents were descended from rabbis. Marx's father Heinrich was a liberal rationalist who felt no great qualms about his forced conversion to official Lutheranism in 1816. What is little known is that, in his early years, the baptized Karl was a dedicated Christian. In his graduation essays from the Trier gymnasium in 1835, the very young Marx prefigured his later development. His essay on an assigned topic, "On the Union of the Faithful with Christ" was orthodox evangelical Christian, but it also contained hints of the fundamental "alienation" theme that he would later find in Hegel. Marx's discussion of the "necessity for union" with Christ stressed that this union would put an end to the tragedy of God's alleged rejection of man. In a companion essay, "Reflections of a Young Man on the Choice of a Profession," Marx expressed a worry about his own "demon of ambition," of the great temptation he felt to "inveigh against the Deity and curse mankind."

Going first to the University of Bonn and then off to the prestigious new University of Berlin to study law, Marx soon converted to militant atheism, shifted his major to philosophy, and joined a Doktorklubof young (or Left) Hegelians, of which he soon became a leader and general secretary.

The shift to atheism quickly gave Marx's demon of ambition full rein. Particularly revelatory of Marx's adult as well as youthful character are volumes of poems, most of them lost until a few were recovered in recent years.1 Historians, when they discuss these poems, tend to dismiss them as inchoate romantic yearnings, but they are too congruent with the adult Marx's social and revolutionary doctrines to be casually dismissed. Surely, here seems to be a case where a unified (early plus late) Marx is vividly revealed. Thus in his poem "Feelings," dedicated to his childhood sweetheart and later wife Jenny von Westphalen, Marx expressed both his megalomania and his enormous thirst for destruction:

Heaven I would comprehend
I would draw the world to me;
Living, hating, I intend
That my star shine brilliantly …

… Worlds I would destroy forever,
Since I can create no world;
Since my call they notice never …

Here is a classical expression of Satan's supposed reason for hating, and rebelling against, God.

In another poem, Marx writes of his triumph after he shall have destroyed God's created world:

Then I will be able to walk triumphantly,
Like a god, through the ruins of their kingdom.
Every word of mine is fire and action.
My breast is equal to that of the Creator.

And in his poem "Invocation of One in Despair" Marx writes,

I shall build my throne high overhead
Cold, tremendous shall its summit be.
For its bulwark — superstitious dread
For its marshal — blackest agony.2

The Satan theme is most explicitly set forth in Marx's "The Fiddler," dedicated to his father:

See this sword?
the prince of darkness
Sold it to me.

With Satan I have struck my deal,
He chalks the signs, beats time for me
I play the death march fast and free.

Particularly instructive is Marx's lengthy, unfinished poetic drama of this youthful period, Oulanem, A Tragedy. In the course of this drama his hero, Oulanem, delivers a remarkable soliloquy, pouring out sustained invective, a hatred of the world and of mankind, a hatred of creation and a threat and vision of total world destruction.

Thus Oulanem pours out his vials of wrath:

… I shall howl gigantic curses on mankind:
Ha! Eternity! She is an eternal grief …
Ourselves being clockwork, blindly mechanical,
Made to be the foul-calendars of Time and Space,
Having no purpose save to happen, to be ruined,
So that there shall be something to ruin …
If there is a something which devours,
I'll leap within it, though I bring the world to ruins-
The world which bulks between me and the Abyss
I will smash to pieces with my enduring curses.
I'll throw my arms around its harsh reality:
Embracing me, the world will dumbly pass away,
And then sink down to utter nothingness,
Perished, with no existence — that would be really living!

… the leaden world holds us fast,
And we are chained, shattered, empty, frightened,
Eternally chained to this marble block of Being …
and we —
We are the apes of a cold God.3

All this reveals a spirit that often seems to animate militant atheism. In contrast to the nonmilitant variety, which expresses a simple disbelief in God's existence, militant atheism seems to believe implicitly in God's existence, but to hate him and to wage war for his destruction. Such a spirit was all too clearly revealed in the retort of the militant atheist Bakunin to the famous pro-theist remark of the deist Voltaire: "If God did not exist, it would be necessary to create Him." To which the demented Bakunin retorted, "If God did exist, it would be necessary to destroy Him." It was this hatred of God as a creator greater than himself that apparently inspired Karl Marx.

Also prefiguring the man was a trait that Marx developed early in his youth and never relinquished: a shameless sponging on friends and relatives. Already in early 1837, Heinrich Marx, castigating his son Karl's wanton spending of the money of others, wrote to him that "on one point … you have wisely found fit to observe an aristocratic silence; I am referring to the paltry matter of money." Indeed, Marx took money from any source available: his father, mother, and throughout his adult life, his long-suffering friend and abject disciple, Friedrich Engels, all of whom fueled Marx's capacity for spending money like water.4

An insatiable spender of other people's money, Marx continually complained about a shortage of financial means. While sponging on Engels, Marx perpetually complained to his friend that his largess was never enough. Thus, in 1868, Marx insisted that he could not make do on an annual income of less than £400-£500, a phenomenal sum considering that the upper tenth of Englishmen in that period were earning an average income of only £72 a year. Indeed, so profligate was Marx that he quickly ran through an inheritance from a German follower of £824 in 1864, as well as a gift of £350 from Engels in the same year.

In short, Marx was able to run through the munificent sum of almost £1200 in two years, and two years later accept another gift of £210 from Engels to pay off his newly accumulated debts. Finally, in 1868, Engels sold his share of the family cotton mill and settled upon Marx an annual "pension" of £350 from then on. Yet Marx's continual complaints about money did not abate.5

As in the case of many other spongers and cadgers throughout history, Karl Marx affected a hatred and contempt for the very material resource he was so anxious to cadge and use so recklessly. The difference is that Marx created an entire philosophy around his own corrupt attitudes toward money. Man, he thundered, was in the grip of the "fetishism" of money. The problem was the existence of this evil thing, not the voluntarily adopted attitudes of some people toward it. Money Marx reviled as "the pander between … human life and the means of sustenance," the "universal whore." The Utopia of communism was a society where this scourge, money, would be abolished.

Karl Marx, the self-proclaimed enemy of the exploitation of man by man, not only exploited his devoted friend Friedrich Engels financially, but also psychologically. Thus, only three months after Marx's wife, Jenny von Westphalen, gave birth to his daughter Franziska in March 1851, their live-in maid, Helene ("Lenchen") Demuth, whom Marx had "inherited" from Jenny's aristocratic family, also gave birth to Marx's illegitimate son, Henry Frederick. Desperately anxious to keep up haute bourgeois conventions and to hold his marriage together, Karl never acknowledged his son, and, instead, persuaded Engels, a notorious womanizer, to proclaim the baby as his own. Both Marx and Engels treated the hapless Freddy extremely badly, Engels's presumed resentment at being so used providing him a rather better excuse. Marx boarded Freddy out continually, and never allowed him to visit his mother. As Fritz Raddatz, a biographer of Marx, declared, "if Henry Frederick Demuth was Karl Marx's son, the new mankind's Preacher lived an almost lifelong lie, and scorned, humiliated, and disowned his only surviving son."6 Engels, of course, picked up the tab for Freddy's education. Freddy was trained, however, to take his place in the working class, far from the lifestyle of his natural father, the quasi-aristocratic leader of the world's downtrodden revolutionary proletariat.7,8

Marx's personal taste for the aristocracy was lifelong. As a young man, he attached himself to his neighbor, Jenny's father Baron Ludwig von Westphalen, and dedicated his doctoral thesis to the baron. Indeed, the snobbish proletarian communist always insisted that Jenny imprint "nee von Westphalen" on her calling card.