GET NEWS AND ARTICLES IN YOUR INBOXPrint
A
A
Home | Mises Library | Marxism vs. the Majority

Marxism vs. the Majority 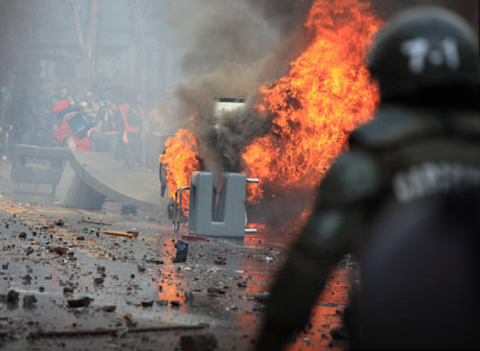 Class consciousness, says Marx, produces class ideologies. The class ideology provides the class with an interpretation of reality and at the same time teaches the members how to act in order to benefit their class. The content of the class ideology is uniquely determined by the historical stage of the development of the material productive forces and by the role the class concerned plays in this stage of history. The ideology is not an arbitrary brain child. It is the reflection of the thinkers material class condition as mirrored in his head. It is therefore not an individual phenomenon conditional upon the thinker's fancy. It is enjoined upon the mind by reality, i.e., by the class situation of the man who thinks. It is consequently identical with all members of the class. Of course, not every class comrade is an author and publishes what he has thought. But all writers belonging to the class conceive the same ideas and all other members of the class approve of them. There is no room left in Marxism for the assumption that the various members of the same class could seriously disagree in ideology. There exists for all members of the class only one ideology.

If a man expresses opinions at variance with the ideology of a definite class, that is because he does not belong to the class concerned. There is no need to refute his ideas by discursive reasoning. It is enough to unmask his background and class affiliation. This settles the matter.

But if a man whose proletarian background and membership in the workers' class cannot be contested diverges from the correct Marxian creed, he is a traitor. It is impossible to assume that he could be sincere in his rejection of Marxism. As a proletarian he must necessarily think like a proletarian. An inner voice tells him in an unmistakable way what the correct proletarian ideology is. He is dishonest in overriding this voice and publicly professing unorthodox opinions. He is a rogue, a Judas, a snake in the grass. In fighting such a betrayer all means are permissible.

Marx and Engels, two men of unquestionable bourgeois background, hatched out the class ideology of the proletarian class. They never ventured to discuss their doctrine with dissenters as scientists, for instance, discuss the pros and cons of the doctrines of Lamarck, Darwin, Mendel, and Weismann. As they saw it, their adversaries could only be either bourgeois idiots or proletarian traitors.1 As soon as a socialist deviated an inch from the orthodox creed, Marx and Engels attacked him furiously, ridiculed and insulted him, represented him as a scoundrel and a wicked and corrupt monster. After Engels' death the office of supreme arbiter of what is and what is not correct Marxism devolved upon Karl Kautsky. In 1917 it passed into the hands of Lenin and became a function of the chief of the Soviet government.

While Marx, Engels, and Kautsky had to content themselves with assassinating the character of their opponents, Lenin and Stalin could assassinate them physically. Step by step they anathematized those who once were considered by all Marxians, including Lenin and Stalin themselves, as the great champions of the proletarian cause: Kautsky, Max Adler, Otto Bauer, Plechanoff, Bukharin, Trotsky, Riasanov, Radek, Sinoviev, and many others. Those whom they could seize were imprisoned, tortured, and finally murdered. Only those who were happy enough to dwell in countries dominated by “plutodemocratic reactionaries” survived and were permitted to die in their beds.

A good case can be made, from the Marxian point of view, in favor of decision by the majority. If a doubt concerning the correct content of the proletarian ideology arises, the ideas held by the majority of the proletarians are to be considered those which truthfully reflect the genuine proletarian ideology. As Marxism supposes that the immense majority of people are proletarians, this would be tantamount to assigning the competence to make the ultimate decisions in conflicts of opinion to parliaments elected under adult franchise. But although to refuse to do this is to explode the whole ideology doctrine, neither Marx nor his successors were ever prepared to submit their opinions to majority vote.

Throughout his career Marx mistrusted the people and was highly suspicious of parliamentary procedures and decisions by the ballot. He was enthusiastic about the Paris revolution of June 1848, in which a small minority of Parisians rebelled against the government supported by a parliament elected under universal manhood suffrage. The Paris Commune of the spring of 1871, in which again Parisian socialists fought against the regime duly established by the overwhelming majority of the French people's representatives, was still more to his liking. Here he found his ideal of the dictatorship of the proletariat, the dictatorship of a self-appointed band of leaders, realized. He tried to persuade the Marxian parties of all countries of Western and Central Europe to base their hopes not upon election campaigns but upon revolutionary methods. In this regard the Russian communists were his faithful disciples.

The Russian parliament elected in 1917 under the auspices of the Lenin government by all adult citizens had, in spite of the violence offered to the voters by the ruling party, less than 25 per cent communist members. Three-quarters of the people had voted against the communists. But Lenin dispersed the parliament by force of arms and firmly established the dictatorial rule of a minority. The head of the Soviet power became the supreme pontiff of the Marxian sect. His title to this office is derived from the fact that he had defeated his rivals in a bloody civil war.

As the Marxians do not admit that differences of opinion can be settled by discussion and persuasion or decided by majority vote, no solution is open but civil war. The mark of the good ideology, i.e., the ideology adequate to the genuine class interests of the proletarians, is the fact that its supporters succeeded in conquering and liquidating their opponents.

Excerpted from chapter 7 of Theory and History.
Author: