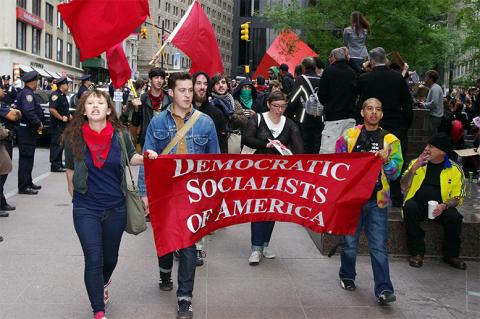 If old Karl Marx, the embittered inventor of communism, could return from the grave, he would no doubt be surprised to find that most of the 10 planks of his Communist Manifesto, issued in 1848 in collaboration with Frederick Engels, have been happily adopted or are at least supported by Americans.

1. "Abolition of property in land and application of all rents of land to public purposes." Well, we're working on this one. The federal government owns huge amounts of land and is acquiring more. Private property rights are being eroded deliberately in the name of protecting the environment.

2. "A heavy progressive or graduated income tax." Need I say more? Before Ronald Reagan's tax law changes we had exactly that and many Americans support the idea of taxing the rich more than the less-rich.

3. "Abolition of all rights of inheritance." We haven't gone all the way on that one, but heavy estate taxes are a step in that direction. Estate taxes are purely punitive because they are taxes levied on assets on which multiple taxes have already been paid many times.

4. "Confiscation of the property of emigrants and rebels." Well, our forefathers confiscated the property of those who supported the British during the Revolution, and, under the Racketeer Influenced and Corrupt Organizations Act and other civil statutes, property is being confiscated right and left in the name of the war on drugs.

5. "Centralization of credit in the hands of the state . . . ." Pretty much done. See the Federal Reserve Act.

6. "Centralization of the means of communications and transport in the hands of the state." Seen a private road or bridge lately? Who licenses all radio and television? Only the First Amendment saves the print press from federal licensing, but I suspect that hate-speech laws will soon follow hate-crime laws, and that will erode that freedom.

7. "Extension of factories and instruments of production owned by the state . . . ." Well, the government runs many businesses and some folks would like to see it run more.

8. "Equal obligation to work. Establishment of industrial armies, especially for agriculture." We've escaped this one mainly, in my opinion, because of the Second Amendment (the right to own firearms) and mechanization.

9. "Combination of agriculture with manufacturing industries; gradual abolition of distinction between town and country." Pretty much done, because big corporations dominate what's left of agriculture and mass communications have more or less erased cultural differences.

10. "Free education of all children in public schools. Abolition of child factory labor in its present form. Combination of education with industrial production." Done.

Now, you must understand that what communism was driving toward was not economic nirvana for the people (that was the advertising) but total power in the hands of the state. Note, for example, the manifesto does not advocate education for children per se but education in public schools where, of course, they can be under the control of and indoctrinated by the state.

The hatred for property and for farmers was based on the knowledge that people who are economically independent of the state can assert their political freedom from state control.

Communism is just another form of slavery in which the slave is provided work, housing, food, education, medical care and retirement -- but at the price of freedom.

You can see Americans advocating the very same system today, and most of them, because of their poor education in government schools, don't have the foggiest notion that they are advocating Marxist ideas.