Marriage Under the Influence of the Idea of Contract 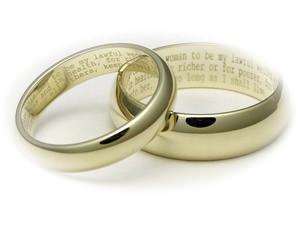 [Socialism: An Economic and Sociological Analysis (1922)]

Nowadays only one opinion is expressed about the influence which the "economic" has exercised on sexual relations; it is said to have been thoroughly bad. The original natural purity of sexual intercourse has, according to this view, been tainted by the interference of economic factors. In no field of human life has the progress of culture and the increase of wealth had a more pernicious effect. Prehistoric men and women paired in purest love; in the precapitalist age, marriage and family life were simple and natural, but capitalism brought money marriages and manages de convenances on the one hand, prostitution and sexual excesses on the other.

More recent historical and ethnographic research has demonstrated the fallacy of this argument and has given us another view of sexual life in primitive times and of primitive races. Modern literature has revealed how far from the realities of rural life was our conception, even only a short while ago, of the simple morals of the countryman. But the old prejudices were too deep-rooted to have been seriously shaken by this. Besides, socialistic literature, with the assistance of its peculiarly impressive rhetoric, sought to popularize the legend by giving it a new pathos. Thus today few people do not believe that the modern view of marriage as a contract is an insult to the essential spirit of sexual union and that it was capitalism which destroyed the purity of family life.

For the scientist it is difficult to know what attitude he should take to a method of treating such problems which is founded on high-minded sentiments rather than on a discernment of the facts.

What is good, noble, moral, and virtuous the scientist as such is not able to judge. But he must at least correct the accepted view on one important point. The ideal of sexual relations of our age is utterly different from that of early times, and no age has come nearer to attaining its ideal than ours. The sexual relations of the good old times seem thoroughly unsatisfactory when measured by this, our, ideal; therefore, this ideal must have arisen from just that evolution which is condemned by the current theory as being responsible for the fact that we have failed to attain our ideal completely. Hence it is clear that the prevailing doctrine does not represent the facts; that, indeed, it turns the facts upside down and is entirely valueless in an attempt to understand the problem.

Where the principle of violence dominates, polygamy is universal. Each man has as many wives as he can defend. Wives are a form of property, of which it is always better to have more than few. A man endeavors to own more wives, just as he endeavors to own more slaves or cows; his moral attitude is the same, in fact, for slaves, cows, and wives. He demands fidelity from his wife; he alone may dispose of her labor and her body, himself remaining free of any ties whatever. Fidelity in the male implies monogamy.1 A more powerful lord has the right to dispose also of the wives of his subjects.2 The much discussed jus primae noctis was an echo of these conditions, of which a final development was the intercourse between father-in-law and daughter-in-law in the "joint family" of the Southern Slavs.

Moral reformers did not abolish polygamy; neither did the church at first combat it. For centuries, Christianity raised no objections to the polygamy of the barbarian kings. Charlemagne kept many concubines.3 By its nature, polygamy was never an institution for the poor man; the wealthy and the aristocratic could alone enjoy it.4 But with the latter it became increasingly complex according to the extent to which women entered marriage as heiresses and owners, were provided with rich dowries, and were endowed with greater rights in disposing of the dowry.

Thus monogamy has been gradually enforced by the wife who brings her husband wealth and by her relatives — a direct manifestation of the way in which capitalist thought and calculation has penetrated the family. In order to protect legally the property of wives and their children a sharp line is drawn between legitimate and illegitimate connection and succession. The relation of husband and wife is acknowledged as a contract.5

As the idea of contract enters the law of marriage, it breaks the rule of the male, and makes the wife a partner with equal rights. From a one-sided relationship resting on force, marriage thus becomes a mutual agreement; the servant becomes the married wife entitled to demand from the man all that he is entitled to ask from her. Step by step she wins the position in the home which she holds today. Nowadays the position of the woman differs from the position of the man only in so far as their peculiar ways of earning a living differ. The remnants of man's privileges have little importance. They are privileges of honor. The wife, for instance, still bears her husband's name.

This evolution of marriage has taken place by way of the law relating to the property of married persons. Woman's position in marriage was improved as the principle of violence was thrust back, and as the idea of contract advanced in other fields of the law of property it necessarily transformed the property relations between the married couple. The wife was freed from the power of her husband for the first time when she gained legal rights over the wealth which she brought into marriage and which she acquired during marriage, and when that which her husband customarily gave her was transformed into allowances enforceable by law.

Thus marriage, as we know it, has come into existence entirely as a result of the contractual idea penetrating into this sphere of life. All our cherished ideals of marriage have grown out of this idea. That marriage unites one man and one woman, that it can be entered into only with the free will of both parties, that it imposes a duty of mutual fidelity, that a man's violations of the marriage vows are to be judged no differently from a woman's, that the rights of husband and wife are essentially the same — these principles develop from the contractual attitude to the problem of marital life.

No people can boast that their ancestors thought of marriage as we think of it today. Science cannot judge whether morals were once more severe than they are now. We can establish only that our views of what marriage should be are different from the views of past generations and that their ideal of marriage seems immoral in our eyes.

When panegyrists of the good old morality execrate the institution of divorce and separation they are probably right in asserting that no such things existed formerly. The right to cast off his wife which man once possessed in no way resembles the modern law of divorce. Nothing illustrates more clearly the great change of attitude than the contrast between these two institutions.

And when the church takes the lead in the struggle against divorce, it is well to remember that the existence of the modern marriage ideal of monogamy — of husband and wife with equal rights — in the defense of which the church wishes to intervene, is the result of capitalist, and not ecclesiastical, development.